Job openings in the manufacturing and construction industries rose by 36% and 82%, respectively, in the year up to November 2016. But openings are only half the story– we also need to take into account the number of people hired for those jobs. 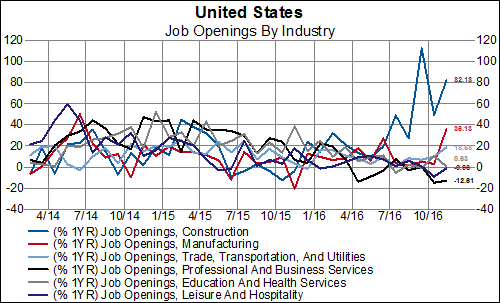 Overall, job openings have exceeded hires in 19 of the last 22 months, marking a significant shift in the dominant trend over the last sixteen years and signaling a deficit in the number of qualified applicants for certain jobs. 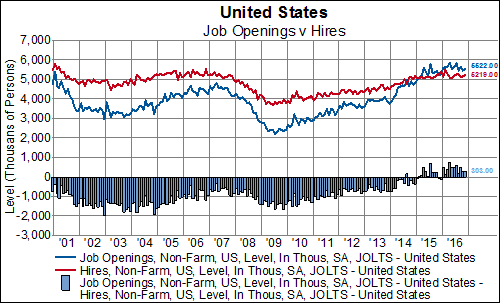 What industries are driving the shortage of qualified people to fill these job openings? Well, in spite of the remarkable jump in the growth rate of job openings noted above, it isn’t construction (where hires have massively exceeded openings over the last decade). 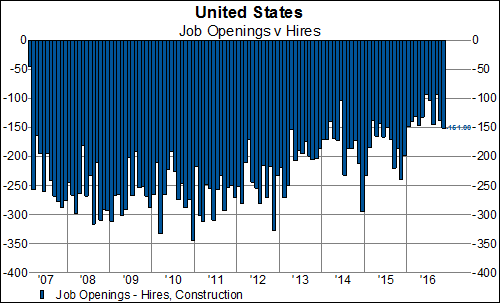 Same story for leisure and hospitality. 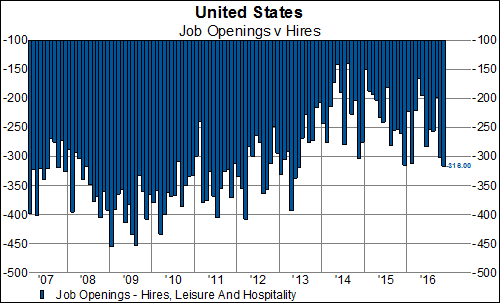 Hires also exceeded openings for the trade, transportation, & utilities and professional & business services industries– until the last year or so. 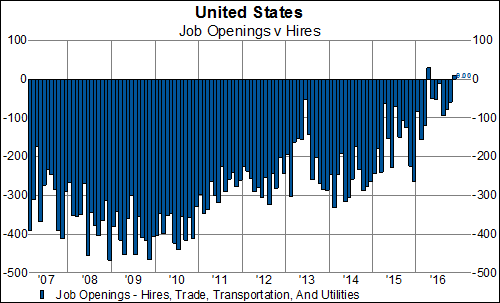 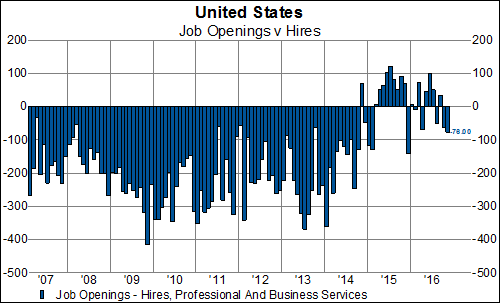 The only two industries where openings have significantly outpaced hirings over the longer-term are education & health services and manufacturing. 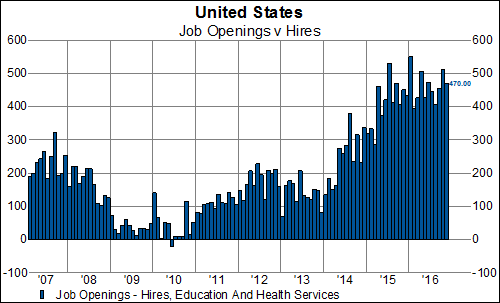 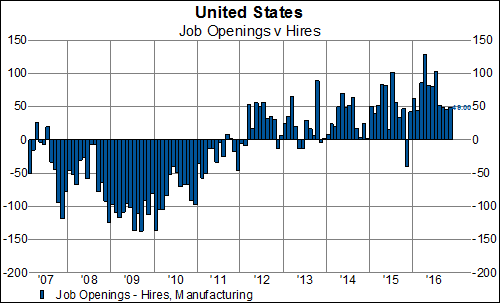 While a shortage of skilled workers in the education and health services field makes intuitive sense given the inherent knowledge intensity required for many of those jobs, the dearth of qualified workers for manufacturing positions might seem more puzzling–until we consider just how much manufacturing has evolved in the last decade or so. As traditional industrial companies look increasingly like their information technology cousins, it is important to remember just how much U.S. businesses invest in intellectual property (~4% of GDP, illustrated by the light blue line in the chart below). 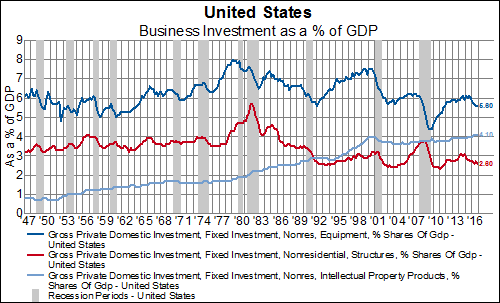 The shortfall in the number of workers qualified to operate in a manufacturing sector dominated by Knowledge Leaders would seem to suggest a troubling lack of comparable investment in the requisite education of the labor force.