by Become a Better Investor. 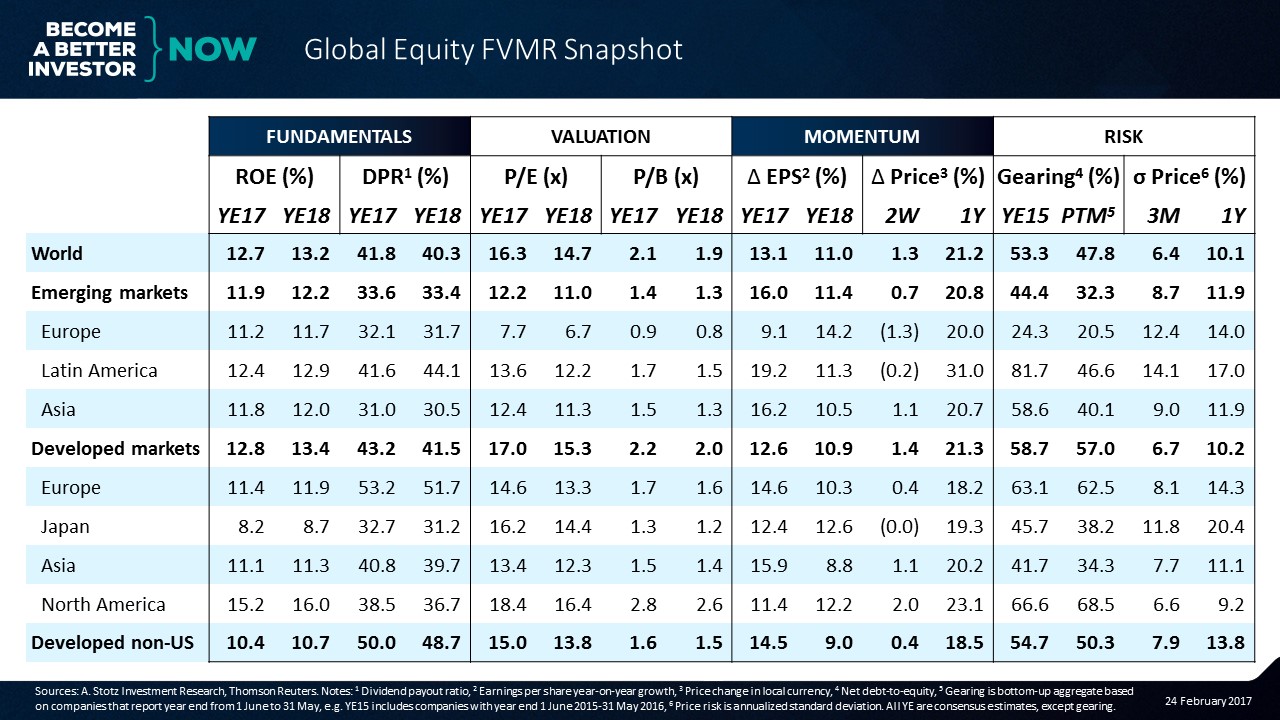 Japan has the lowest expected ROE and lower DPR than Emerging Markets.

Emerging Europe has a dirt-cheap valuation that drags down the valuation of Emerging Markets.

Looking at ROE/PB, we can see that Emerging Markets are more attractive at 2017 8.2% ROE/PB than Developed Markets at 5.9%. Most ROE for the price-to-book you pay you’ll find in Emerging Europe where you get 13.1% ROE for every unit of PB.

Emerging Markets trade at a PE-to-EPS growth (PEG) ratio of only 0.8 (a rule of thumb is that below 1.0 is cheap) while only Developed Asia trades at a PEG ratio below 1.0 among Developed Markets.

Consensus expects double-digit growth in earnings across the board for 2017, with Emerging Europe being the only exception. Emerging Markets are expected to grow faster than Developed Markets in 2017, with an expected earnings growth of 16.0% versus 12.6%.

The past 2W price performance has been strongest in the US and weakest in Emerging Europe. Looking at the past one year, most regions have returned about 20%, the main standout being Latin America that saw a price increase of 31%.

North America is the only region where gearing has increased in the past 12 months relative to 2015.