I’ve had the privilege of working with some remarkable individuals in my lifetime—celebrities, politicians, writers, artists, musicians, journalists, people whose names are legendary and others whose impact, no less significant, was only felt by a small few—yet for sheer nerve, integrity, tenacity, vision and a love of America that has weathered the best and worst this nation has had to offer, no one can match Nat Hentoff who died last night at the age of 91.

He was friends with Malcolm X, was labeled “the Antichrist” by Louis Farrakhan, and came to know some of the most talented jazzmen of all time.Nat was a mentor, friend, “brother from another mother” (his description of our relationship), and one of my lifelong heroes.

Nat was a radical in the best sense of the word, a feisty, fiercely loyal, inveterate freedom fighter and warrior journalist with a deep-seated intolerance of injustice and a well-deserved reputation for being one of the nation’s most respected, controversial and uncompromising writers.

Armed with a keen understanding of the law and an enviable way with words, brandishing a rapier wit and teeming with moral outrage, Nat was never one to back down from a fight, and there were many over the course of his lifetime—one marked by controversy and fueled by his passion for the protection of civil liberties and human rights.

When I came under attack by the Clinton White House and was labeled part of the “vast right-wing conspiracy” for being an attorney in the Paula Jones case, Hentoff came to my defense. Writing in the Washington Post, Nat Hentoff  called me a “conspirator for the Constitution,” citing my work on behalf of the Bill of Rights, and said the President could benefit from reading my weekly commentaries.

Nat also walked among political and cultural giants and lived to tell the tale. He was friends with Malcolm X, was labeled “the Antichrist” by Louis Farrakhan, and came to know some of the most talented jazzmen of all time—Duke Ellington, Thelonious Monk, Charles Mingus, and Dizzy Gillespie, to name a few. He attended John Lennon and Yoko Ono’s famous Toronto Bed-In.

He also wrote album liner notes for such musical greats as Bob Dylan, Billie Holiday, and Aretha Franklin. Yet at the end of the day, what set Nat Hentoff apart is the fact that he never lost his sense of rage, nor his eternal optimism. “Nat Hentoff has never allowed his thought to harden into ideology,” wrote Allen Barra for the Village Voice. “He’s never lost his talent to agitate us and make us rethink our own positions—to make sure that our minds watch ourselves.”

It’s people like Nat who keep us honest, inspire us, and push us to think. Certainly, he has inspired me time and time again to not give up, even when all seems hopeless, and to never stop working for the greater good.

Please join me and The Rutherford Institute in honoring the life of Nat Hentoff, a national treasure in every sense of the word. 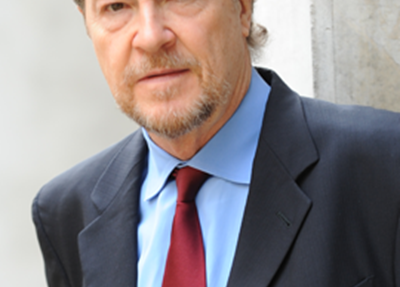 John W. Whitehead is founder and president of the Rutherford Institute, a nonprofit civil liberties and human rights organization whose international headquarters are located in Charlottesville, Virginia.