We discuss the British Pound in this video, regarding the cross currents of England currently experiencing a hot economy, but facing a real threat of recession as Brexit ramifications start hitting the British economy. Basically, Mark Carney overreacted to the Brexit Vote. British citizens are getting the worse of it in both regards, higher inflation with negative real rates, and a highly probable recession and FTSE market Crash down the line coming at the worst possible time.

Mark Carney should have waited to lower the interest rate, and provide stimulus to the British economy when it is actually needed. None of the ramifications of Brexit have occurred, and right now the British economy is running hot with regards to inflation, which probably gets worse in the upcoming months.

In effect British Citizens will be punished twice for Brexit, now with much higher inflation, and down the line with a substantial recession when they actually start to experience the effects of leaving the European Union. Central Bankers should take heed of the lesson here not to use up limited ammunition, and save this ‘dry powder’ for when it really is needed to mitigate the effects of a substantial economic recession. 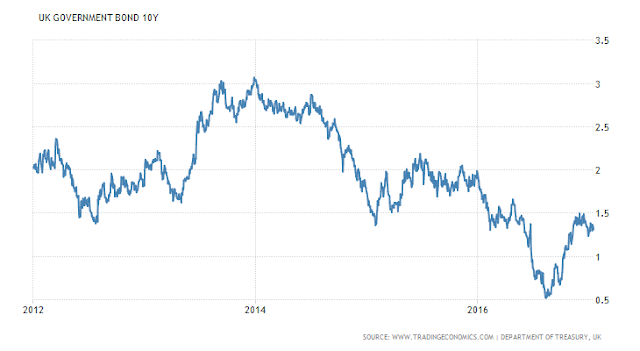