With most countries having reported their December inflation numbers we can review a couple of interesting charts that track the prevailing global trends in inflation and more to the point, deflation.  Indeed, the first chart shows the war between “hyperinflation” and “deflation”.  For simplicity’s sake I’ve defined hyperinflation as YoY changes in CPI (consumer price index, or the closest equivalent) greater than 10% and less than 0% (i.e. negative y/y changes) as deflation.  The chart shows the proportion of countries (over 100 countries in this study) seeing hyperinflation vs deflation and the trends in recent years have been very interesting indeed… 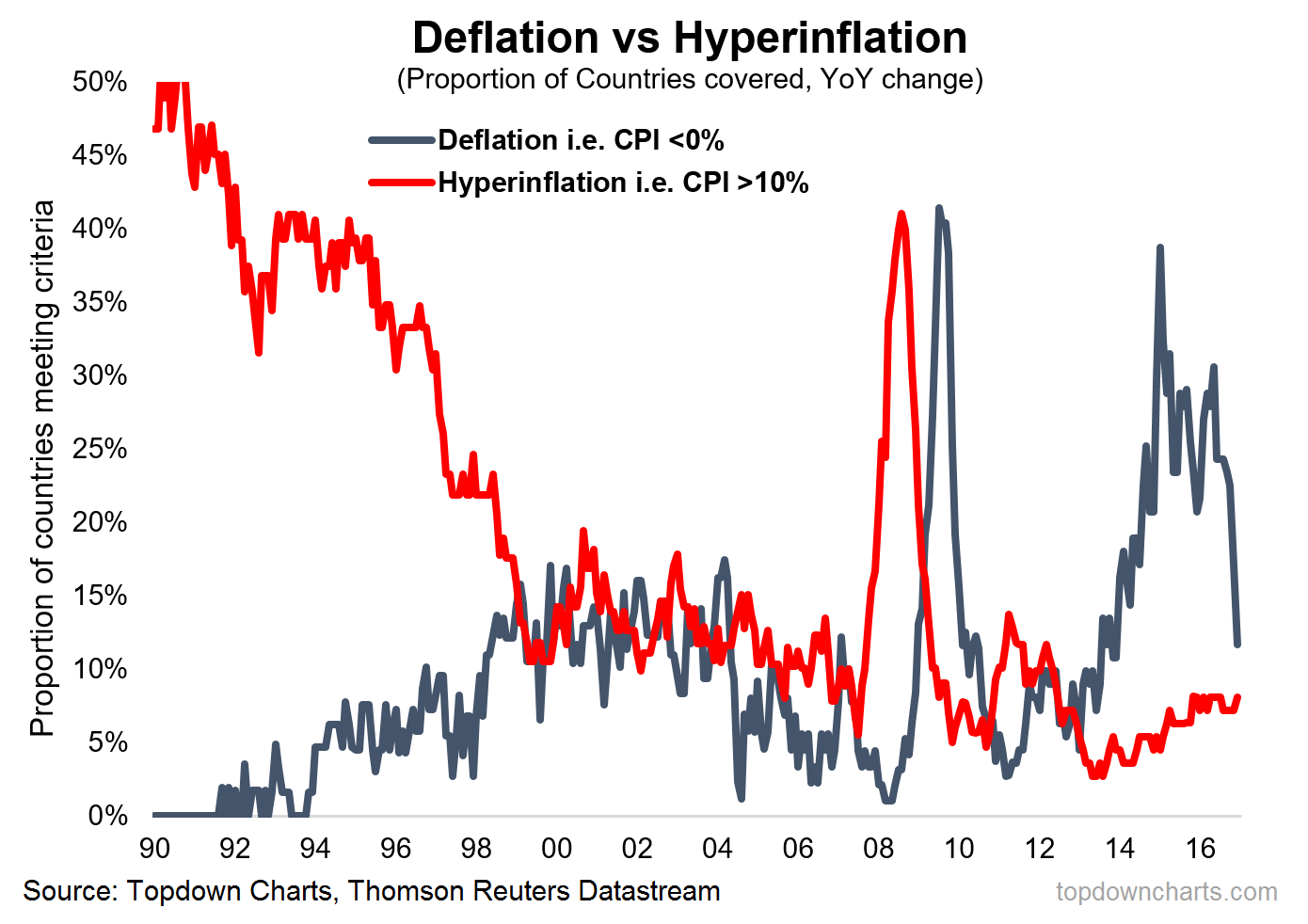 Follow us on LinkedInhttps://www.linkedin.com/company/topdown-charts
The first thing that probably sticks out on the chart is the 2008 episode. If you recall, that was when we had a surge in commodity prices (and a fairly broad-based surge at that, but oil was a key one) – this drove the proportion of countries with “hyperinflation” back up towards the levels of the 90’s where “hyperinflation” was more of the norm.  It was swiftly reversed in the following year as commodity prices crashed and the global financial crisis shock hit.
But it wasn’t until the last couple of years that the deflation issue really came to the fore.  The second char shows the gradual and then sudden surge in deflation across countries and across measures of inflation (CPI, core CPI, and PPI).  Readers will be quick to note that PPI is more directly influenced by commodity prices, hence the lift we saw in recent years as the commodity supercycle turned from bull to bear market. 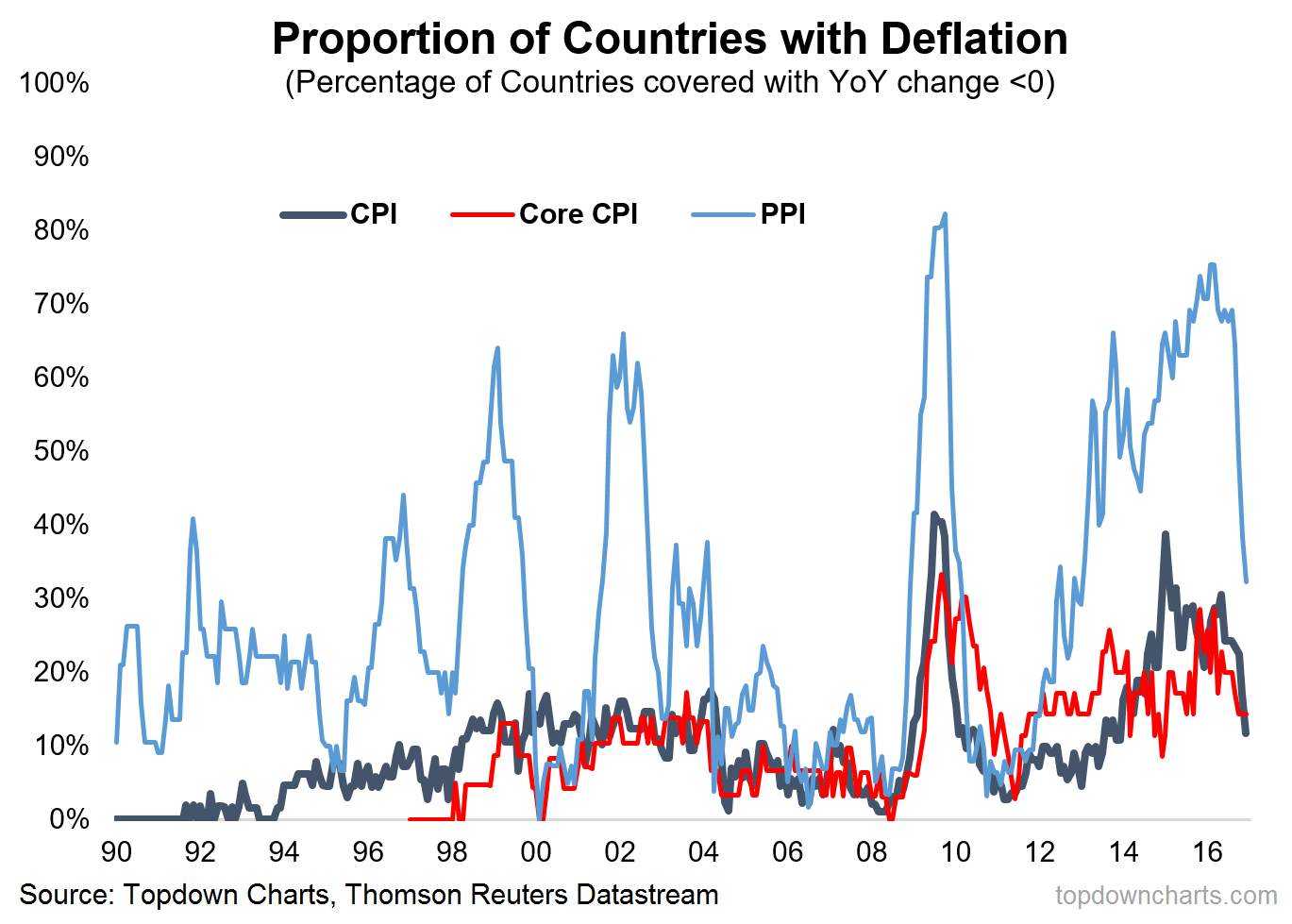 But the gradual and persistent lift, and the lift in even core CPI deflation shows how while commodities were important, there was clearly a role for deficient demand to play.  Anyway, that’s the past, and now we must anticipate what’s coming next, and the turn down across the measures in the second graph and gradual uptrend in hyperinflation in the first chart could be a harbinger of a very different environment in the years ahead. So with deflation dissipating will the next step be hyperinflation heightening?
www.topdowncharts.com
Please followus on:
LinkedInhttps://www.linkedin.com/company/topdown-charts
Twitterhttp://www.twitter.com/topdowncharts
David Einhorn: This NJ Deli With One Location And Little Revenue Is Trading At $100M+ Valuation