Watch the video with Andrew Stotz or read a summary of the country profile on China.

Overall, the economy remains a high growth destination for many investors, due to its 6.88% growth rate in 2015. Private consumption remains the largest driver of growth followed by Investments. Though all four pillars below are contributing to GDP, net exports contribute the least.

EPS growth Back in the Black

The market is expected to return to double-digit EPS growth this year, after earnings fell in 2014 and 2015.

Yet stocks remain the second most expensive in Asia at 16x PE expected in 2017. Only The Philippines trade at a higher PE ratio. 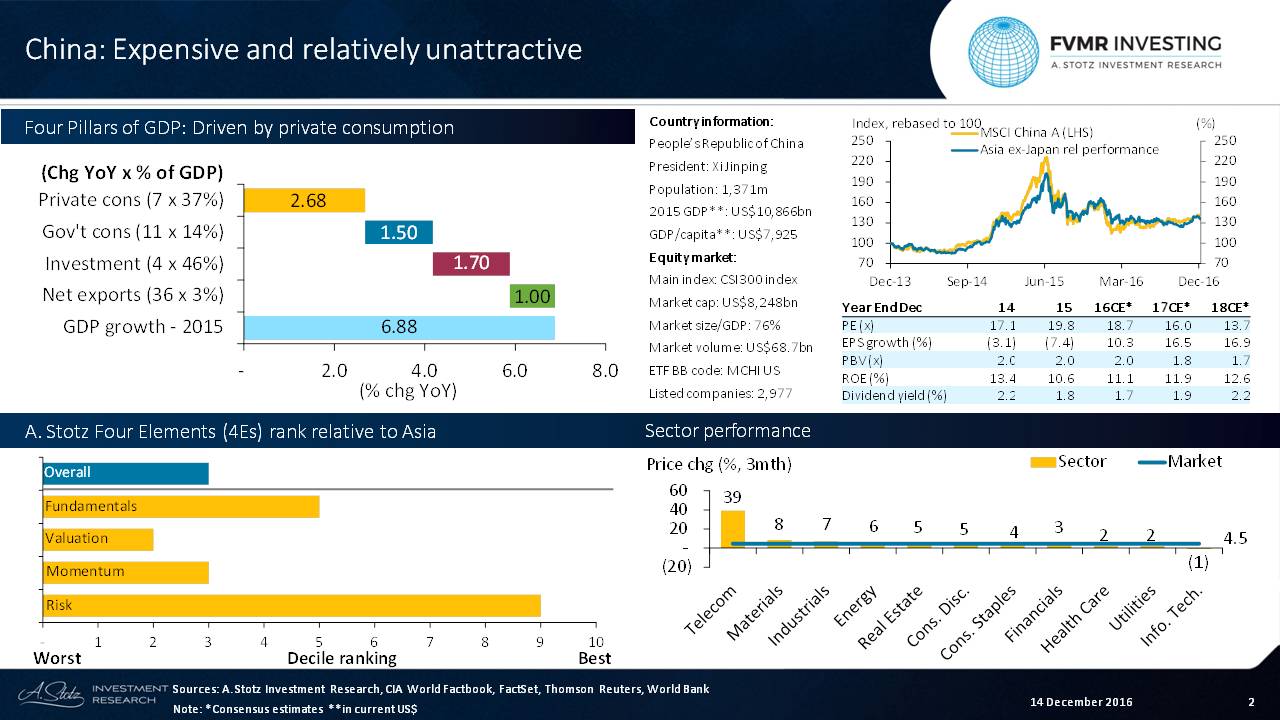 Fundamentals: With a moderate ROE of 12% expected in 2017, China sits slightly above the Asia average, which is positive.

Valuation: 2017 consensus estimates put the country’s price-to-earnings at 16x, a figure that is the second highest PE in Asia and thus fairly expensive. Additionally, a low average dividend yield of 2% won’t turn many heads.

Are you investing in China?