ValueWalk
Home Economics Is The European Investor About To Become More Omnivorous?

With yields in Europe well below 2% for the better part of the last five years, foreign bonds–especially US Treasuries, trading at an increasingly higher spread to German counterparts–offered an appealing alternative.

Appetite for USTs is one that remained strong for 50 straight months as yields in Germany fell nearly continuously. 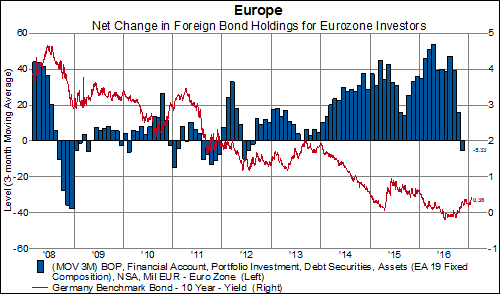 In November, however, European investors became net sellers of foreign bond holdings for the first time since 2012. 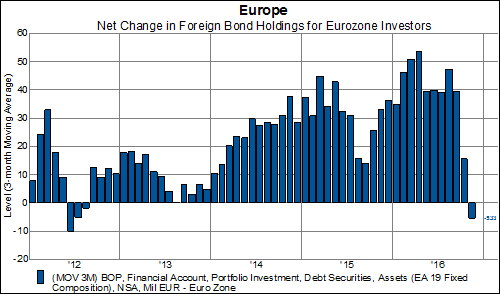 European countries, in aggregate, are the third largest holder of US Treasury debt– a position that grew sharply in 2014 with the introduction of negative rates by the ECB but has fallen from a peak of nearly $1.1 trillion in early 2015. 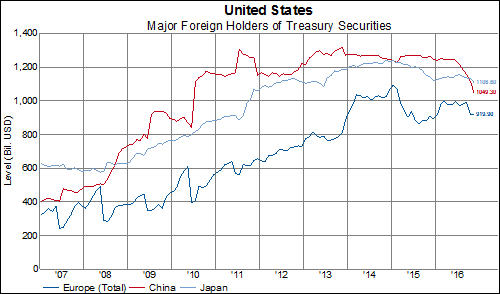 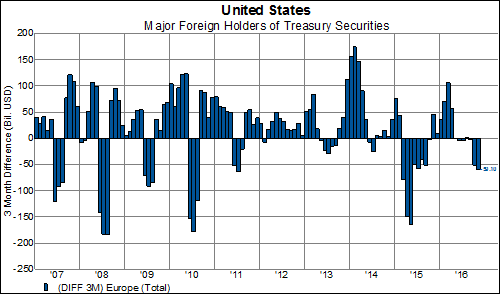 The question, then, is: if European investors are shifting away from disproportionately large allocations to fixed income instruments, will that money flow into equities? While the overall level of bond buying (light blue line in the chart below) has dwarfed that of equities (black line)– especially since the two began to diverge in 2014–the three-month moving average of equities purchases (red bars) has remained positive since last May. 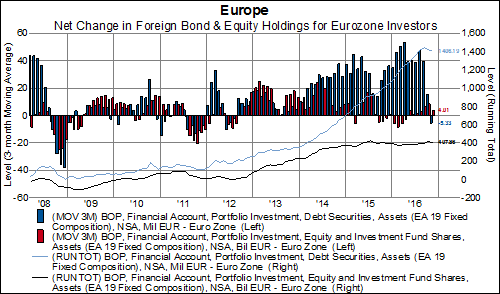 If these recent changes are actually the beginnings of a new trend, the euro could appreciate due to 1. decreased selling pressure from investors seeking to buy bonds denominated in USD and 2. increased demand for the currency as investors take a second look at European equities. 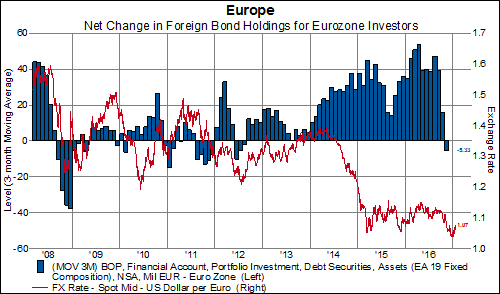 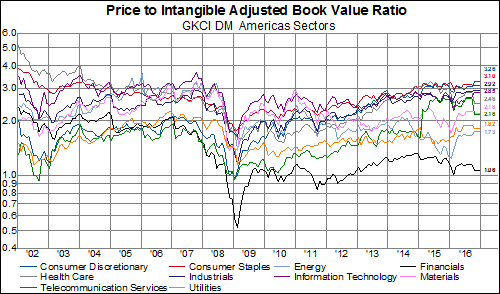 In DM EMEA, by contrast, the energy and financials sectors actually trade below 1x intangible-adjusted book value and the only sector trading above the DM Americas’ region average of 2.4x is consumer staples, at 2.6x. The overall average intangible-adjusted price to book value for DM EMEA sectors is just 1.6x. 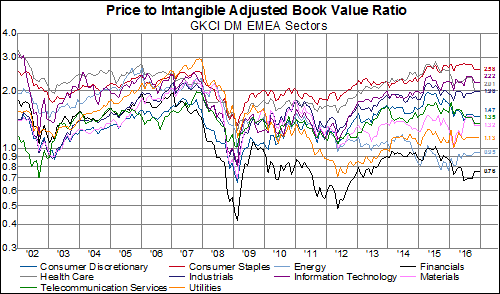 One data point certainly does not make a sustainable trend– and divergent monetary policy over the foreseeable future would support continued European investor appetite for USTs– but a case can be made for at least a partial re-allocation of resources to European equities.