Weekly field production of crude oil in the US averaged a steady ~15%yoy growth from the beginning of 2012 until mid-2015. That rate dropped into negative territory as production declined an average of ~2%yoy in the last year and a half. 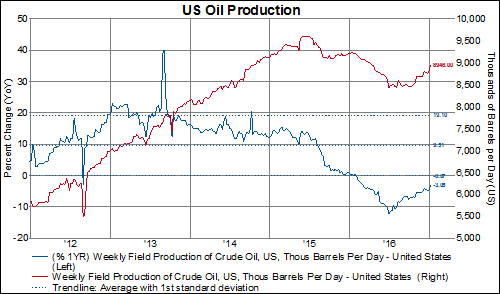 Advances in drilling technology over the last several years, detailed in geopolitical strategist Peter Zeihan’s new book (‘The Absent Superpower‘), have resulted in a nearly 30-fold increase in both the miles of reservoir contact per drilling platform as well as the miles of pipe a platform can support. 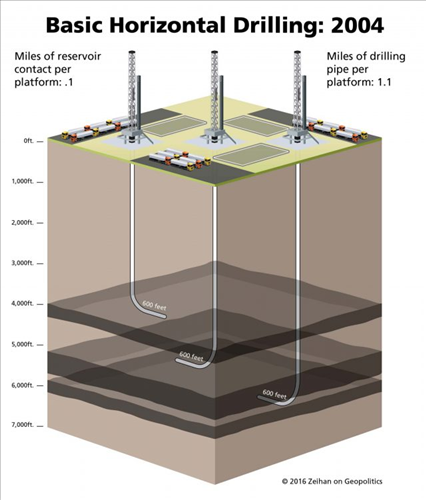 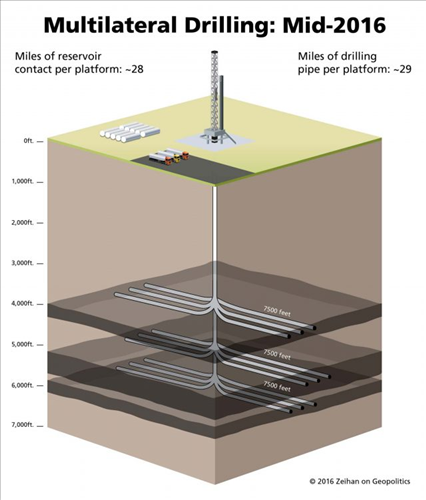 The innovation in the US energy sector has led to a halving of the breakeven oil price for shale producers in the last five years (light blue bars). 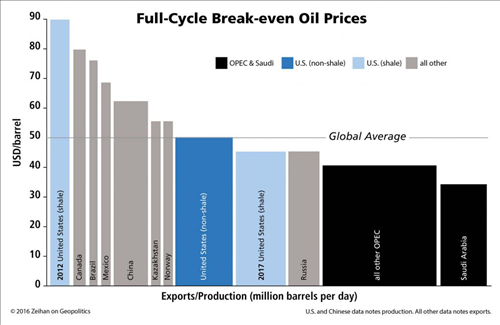 The effects of these dynamics are only beginning to be felt in the markets. This week, the price spread between Brent and WTI opened up to more than $3 (illustrated by the blue line in the chart below), a level not seen in more than five months and well below the largest price differences recorded over the last decade ($30 in 2011). 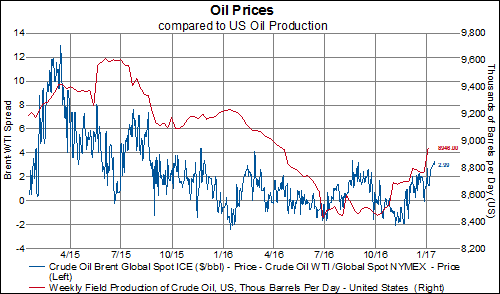 As OPEC members endeavor to reduce production and support the price of Brent while US oil producers ramp up production (to the highest levels in nine months, illustrated by the red line in the chart above), we would expect the difference in price to become more pronounced.