Watch the video with Andrew Stotz or read Watching the Street: India below.

India hasn’t been a “buy” in Asia for the past 5 years. But recently, analysts have moved it from “sell” to “neutral”.

Learn more: How to Benefit from Our Watching the Street Charts

Aegis Logistics provides supply chain management services to the oil, gas and chemical industries. The share price has increased a whopping 800% in 3 years and 35% YTD. 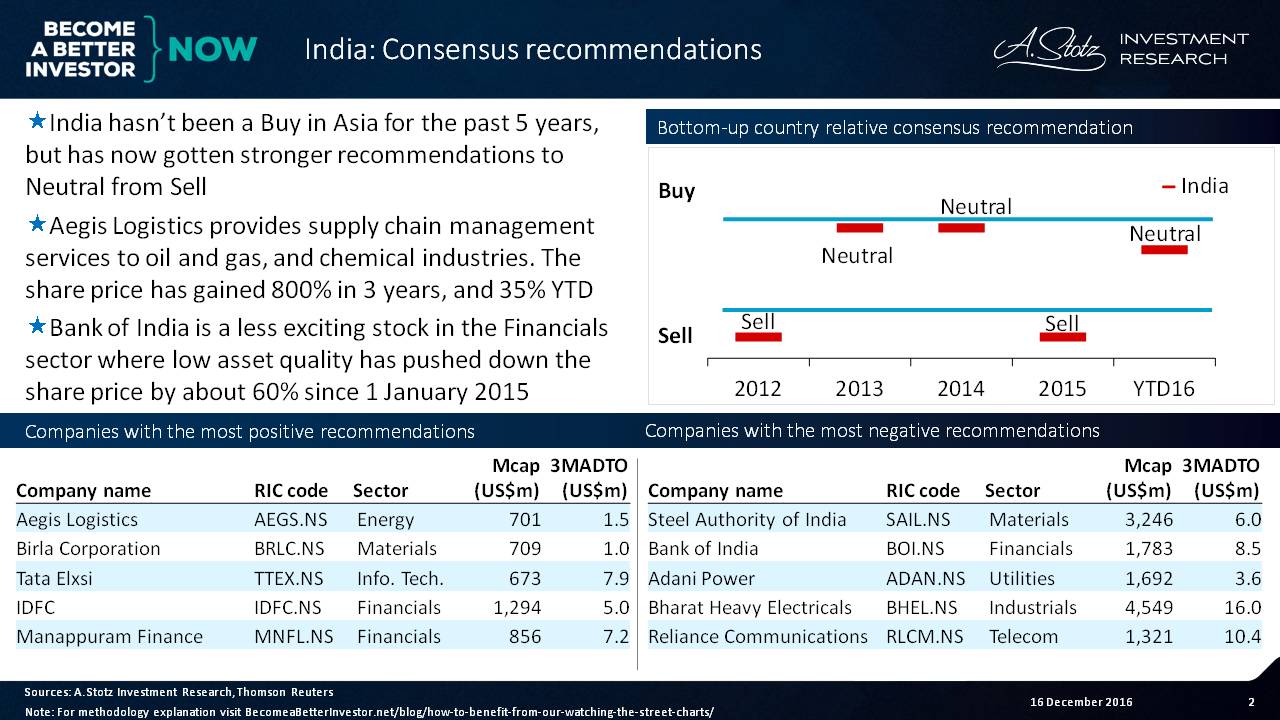 Bank of India is a less exciting stock in the financial sector, where low asset quality has pushed down the share price by about 60% since the start of 2015.

Analysts have estimated EPS to grow an average of 20% for the past 5 years, while earnings have fallen by 6% on average over the same time period—quite a divergence.

In FY2017, Tata Communications is expected to turn its loss in the previous year into the highest EPS the company has seen since 2009. 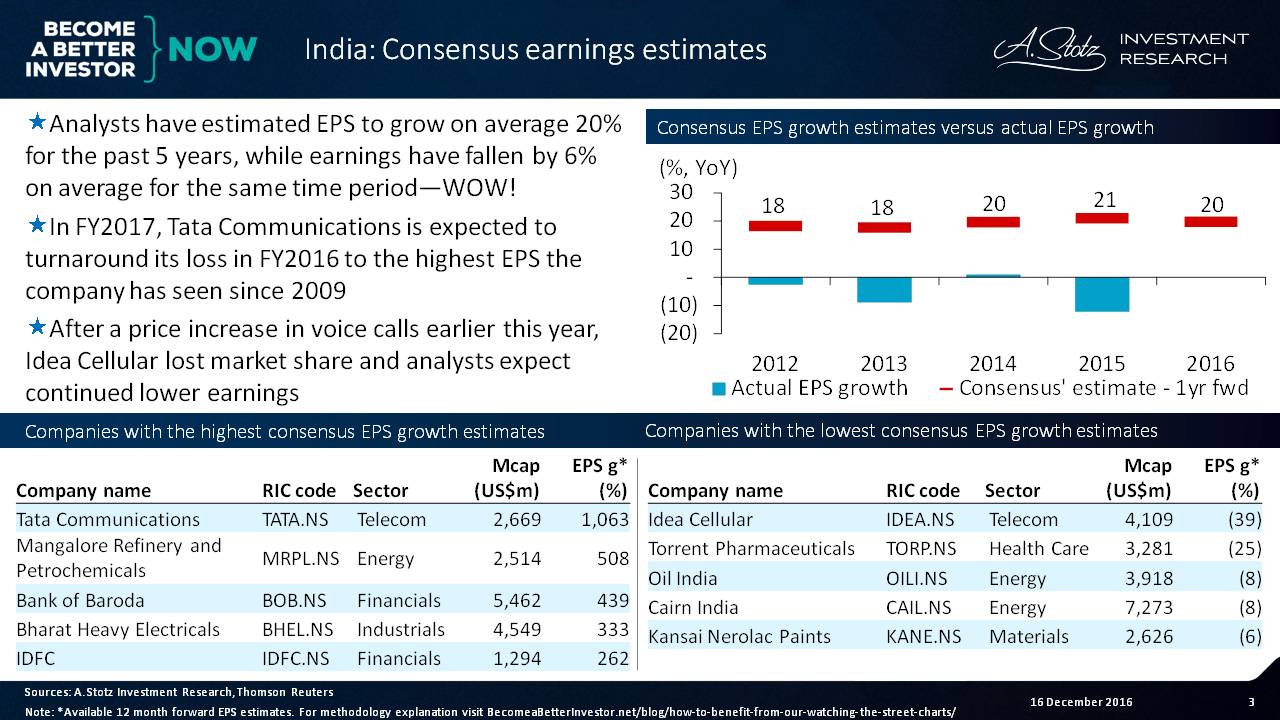 Indian analysts underestimated the returns during the 2012-2014 period, but that turned to overestimation in 2015.

The 12-month consensus forward return sits at 14% vs 3% in August 2016, mainly due to poor overall market performance. 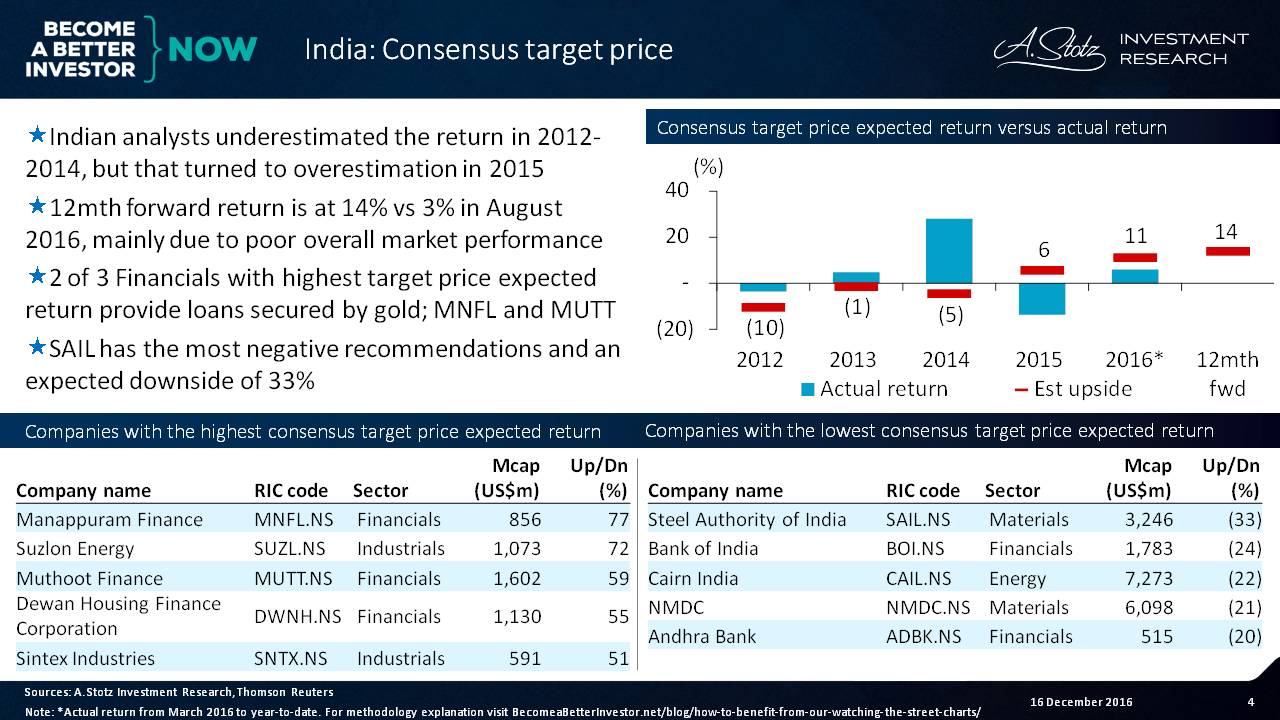 Steel Authority of India has the most negative recommendations on our list and has an expected downside of 33%.

Do YOU use any kind of analyst estimate when considering an investment?