There are only 63 companies expected to report earnings this coming week (12/19 – 12/23) and only a few are trading well above their intrinsic value. Finbox.io fair value estimate data shows that five of these 63 companies have a negative 15% or more margin of safety: Neogen Corporation (Nasdaq:NEOG), Conagra Brands (NYSE:CAG), The Valspar Corporation (NYSE:VAL), Paychex (Nasdaq:PAYX) and Worthington Industries (NYSE:WOR).

Neogen is expected to report earnings on Wednesday before the market opens. The stock is trading at approximately 109% of its 50 day moving average while finbox.io’s fair value data shows that shares are 35% overvalued. Wall Street’s consensus price target of $58.25 implies 11% downside. 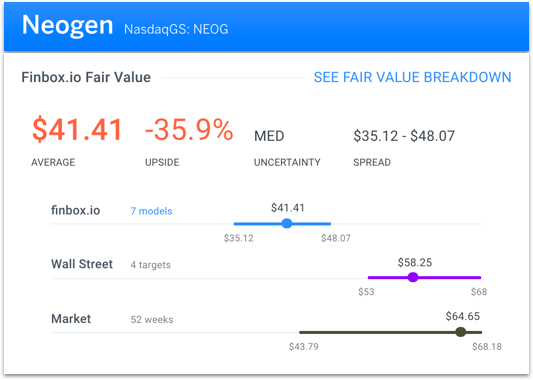 Conagra is expected to report on Thursday before the market opens and nine separate valuation analyses imply the stock’s at least 25% overvalued. Shares are currently trading at 98% of their 52-week high. 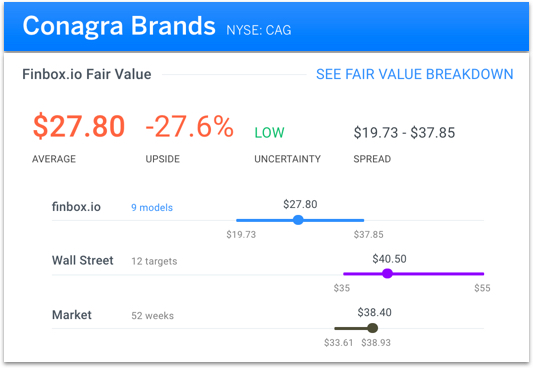 Valspar is expected to report on Tuesday before the market opens while ten cash flow models imply the stock’s stand-alone value is only $79 per share. The company’s trading at a premium due to it being in the process of getting acquired by The Sherwin-Williams Company (NYSE:SHW). However, there has recently been regulatory approval concerns which the two companies have publicly denied. Nevertheless, the stock could drop 15% if the rumors hold any truth. 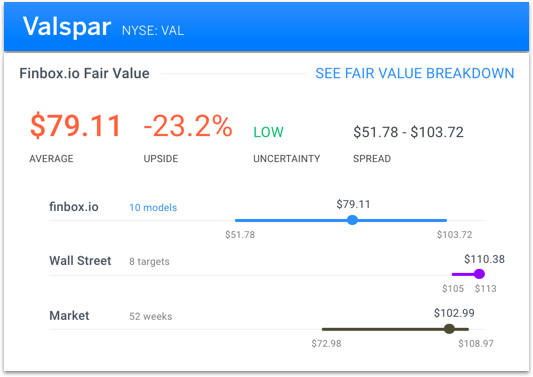 Paychex is expected to report earnings on Wednesday before the market opens. Finbox.io fair value estimates imply that the stock is 20% overvalued while Wall Street’s consensus price target of $55 per share implies 9% downside. 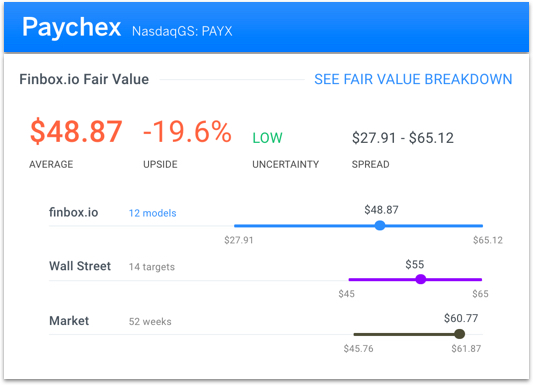 Worthington is expected to report earnings on Thursday. Shares are trading at 121% of their 200 day moving average. Eleven analyses imply the stock is 17% overvalued while Wall Street’s consensus highlights 20% downside. 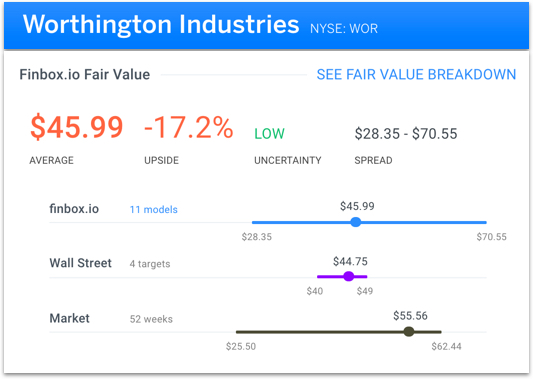 Value investors who are long any of these stocks may want to take a closer look at their fundamentals prior to earnings.