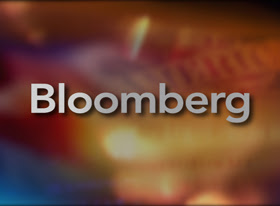 One of the critical question unaddressed in this segment is how one of the largest Swiss trading house made its decision to sell 100% (55 million tons) they hadn’t produced in 2016 at the lowest price range ?

Assuming the 55,000 lots are equally divided by 12, GLENCORE monthly position is between 50% and 90% of the typical coal open interest at any given month during the first half of 2016.

Both the negative risk asymmetry of this position and why they have proceeded is fascinating.

Glencore’s ‘spectacular failure’ coal trade blows out to $2b

For the refi, the Banks asked that they balanced the sale-side of the ledger-not secured by a buy (the long) with a derivative.

It boils down to: without the full discretionary power on its hedging policy, GLENCORE is making very unfortunate decisions.

Objectively, GLENCORE’s trade-position and financials have continued to deteriorate.

A snapshot of GLENCORE’s Q1-16H shows that themarginal ability to generate cash for investment, debt servicing and distributions to shareholders is declining at faster rate than its debt reduction.

GLENCORE CDS is in the 200bps while its performance in leverage/profitability terms is up.

The prominent growing divergence between the general sentiment (current price valuation of the company) versus their operational picture has become too large to go unnoticed.

GLENCORE was built by Marc Rich + Co AG traders in the 90s, destroyed by the M&A school in the 2000s but for the 1st time in its history, the book is run by financier alchemists. The trader is falling into an inverse leverage trap.

With respect to the strategy, they should sell and lease-back the assets, get back to their original DNA (commodity trade) and never deviate from this.

Glencore: built by Traders, destroyed by the M&A school and misguided by the financier alchemists.