By Become a Better Investor 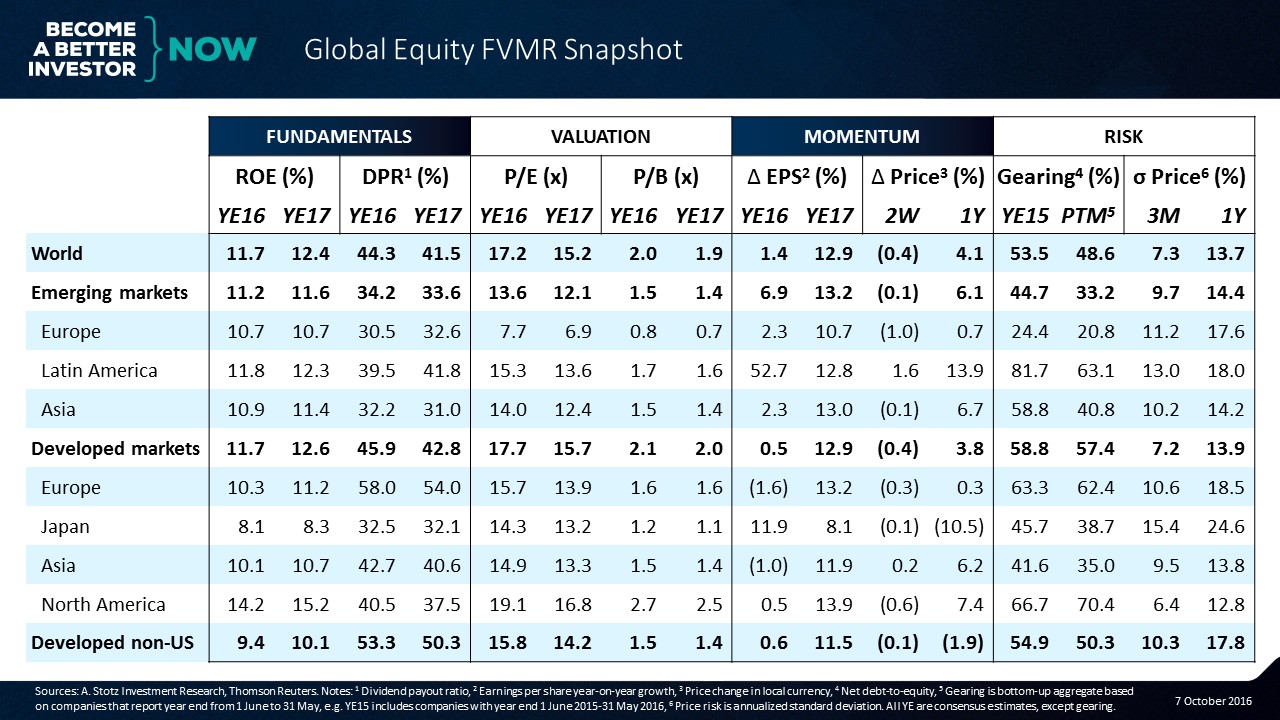 The consensus estimate for 2016 ROE has been adjusted upwards for Emerging Markets and is now at 11.2% (versus 10.8% in August). Developed Markets with ROE of 11.7% are only more profitable in terms of ROE than Emerging Markets because of the US.

Besides Japan, companies in Developed Markets pay out more of their profits to shareholders relative to Emerging Markets. Developed Europe has the highest dividend payout ratio at 58% in 2016 versus the World average at 44.3%.

Looking at ROE/PB, we then can see that Emerging Markets at 2016 7.4% ROE/PB are more attractive than Developed Markets at 5.7%.

Even though Developed Markets have higher ROE, it’s less attractive on ROE/PB. Most ROE for the price-to-book you pay you’ll find in Emerging Europe where you get 13% ROE for every unit of PB.

The past 2W price performance has been weak across the board, ranging from -1.0% in Emerging Europe to 1.6% in Latin America, and -0.4% on average for the World.

Get the Global Equity FVMR Snapshot to your inbox for free every Monday!