Yesterday, we took an in-depth look at the fairly disappointing business and consumer surveys out of Europe, remarking that the retail confidence portion of the economic sentiment indicator (ESI) fell the most of any component. 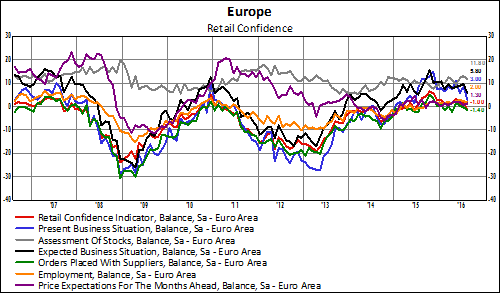 Respondents indicated significantly more pessimistic opinions with respect to both the present (blue bar) and expected (black bar) business elements of the survey. 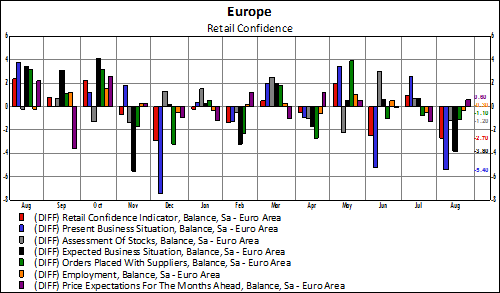 In fact, the only positive component was the very slightly higher expectation for prices in the months ahead (purple bar in the above chart)– a sentiment largely confirmed by today’s preliminary release of CPI figures. 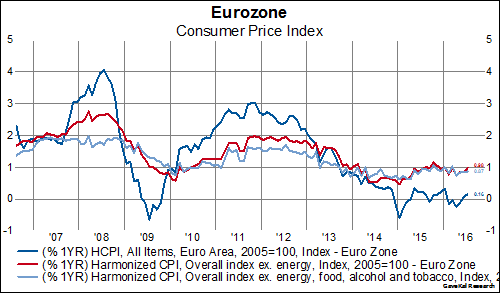 The weakness in European retail confidence should come as no surprise for those paying attention to how much the Chinese yuan has influenced asset prices in the last several years (for more on that see here and here). In fact, with the exception of a divergence in late 2014, the performance of DM EMEA early cyclicals (i.e. Consumer Discretionary stocks) relative to the broader developed market has moved very closely with the USDCNY exchange rate. As the yuan strengthened, Chinese customers bought more European consumer goods; conversely, as the currency has weakened, appetite for the latest Louis Vuitton handbag seems to have subsided. 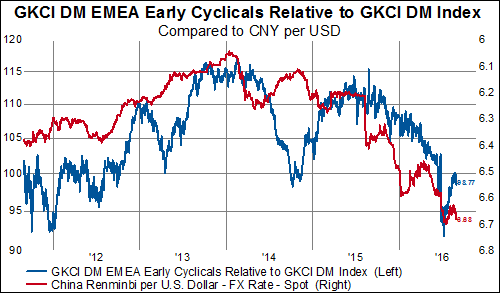 It’s no wonder so many of our DM EMEA Consumer Discretionary point and figure charts look like this: 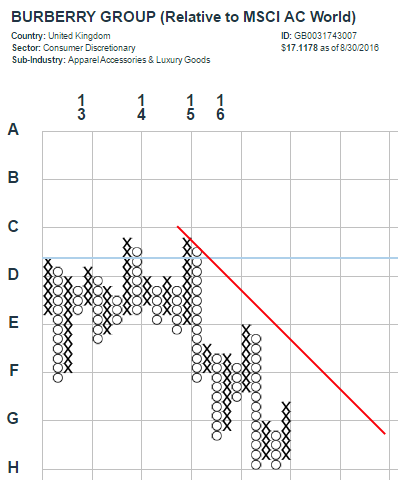 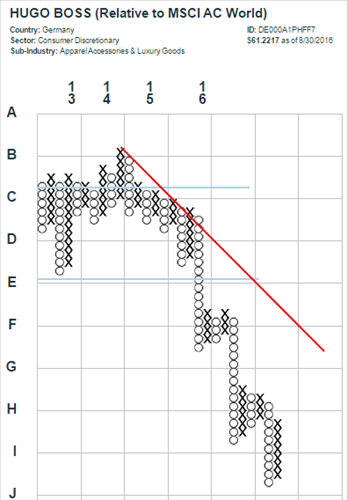 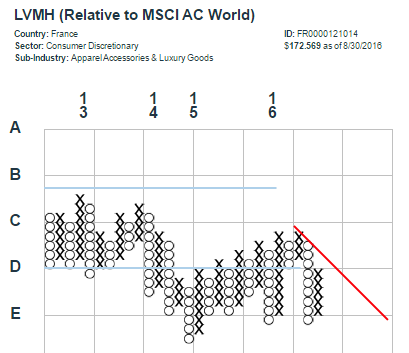 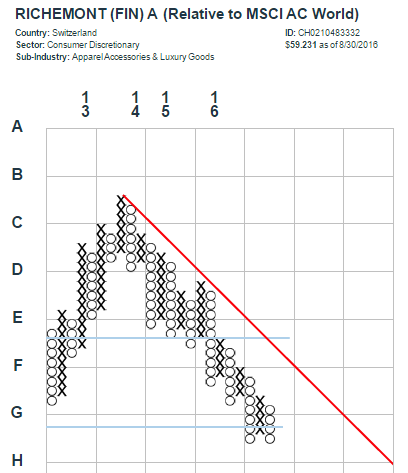 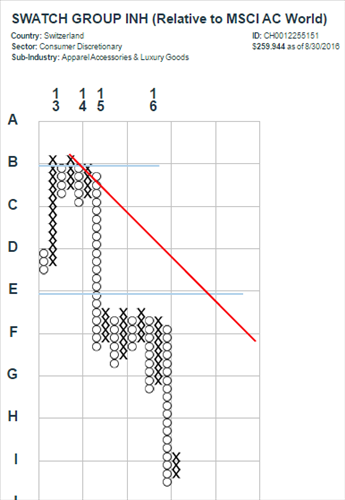 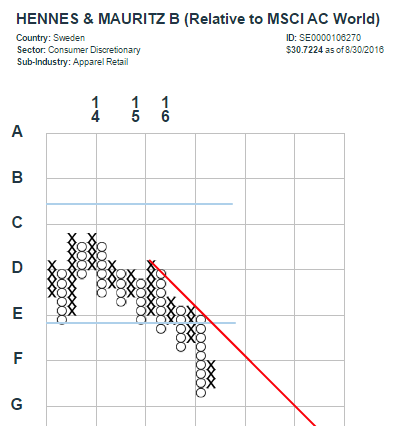 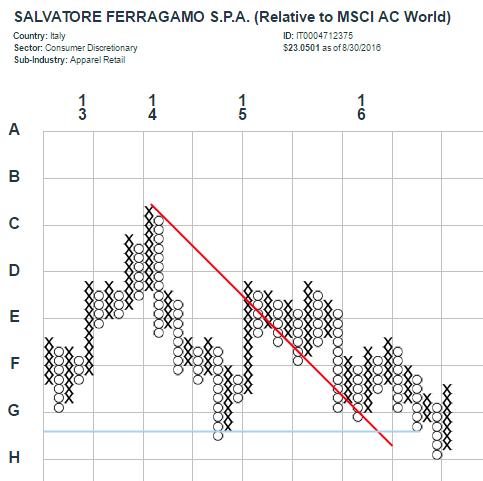 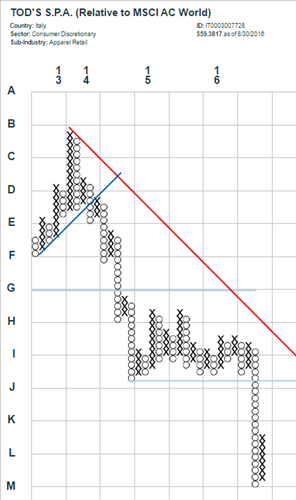 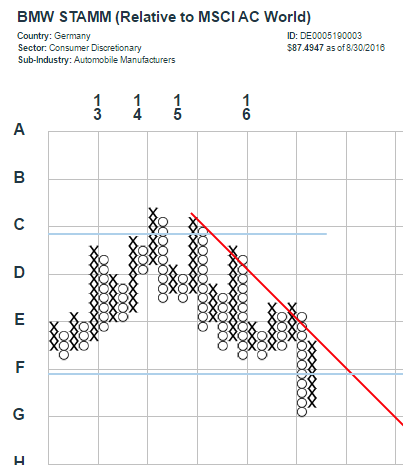 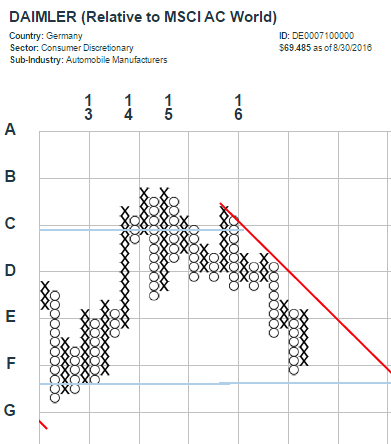 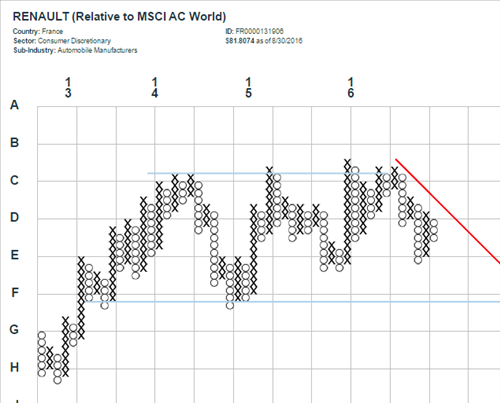