Many of our regular readers could easily pick out a Knowledge Leader without much help from us– a company with high knowledge intensity, with a strong balance sheet, that is able to generate sustained profitability over a long period of time. So, what if I told you that there is a company that spent 12.0% of sales on R&D activities (in addition to more than 7% of sales on advertising and firm-specific resources like brand and employee training)? That consistency in this company’s knowledge investments has led to a stock of intangibles equivalent to more than 39% of its total assets– and that, because those investments are financed through cash, the company actually has negative net debt… 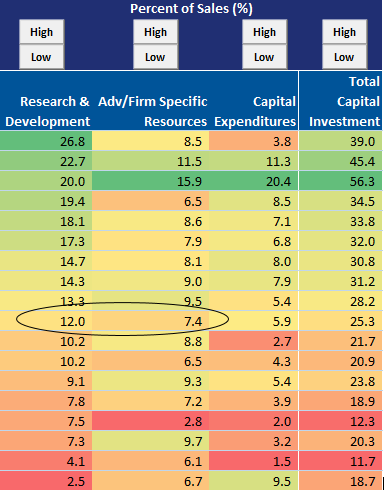 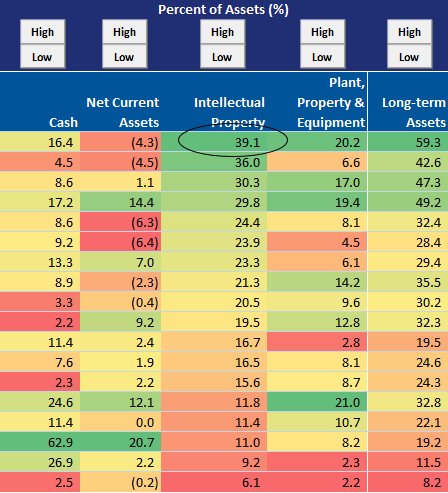 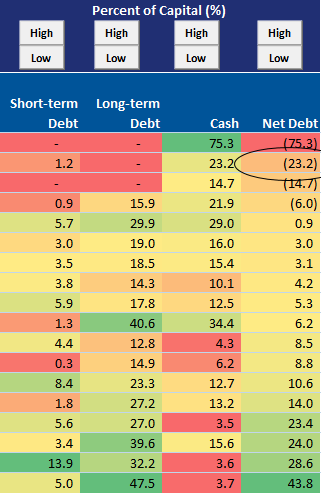 What if this company had gross margins approaching 85% with net margins more than 28%? In addition, the company’s operating cash flow amounts to more than 52% of sales and free cash flow margin is more than 40%. And, finally, return on invested capital is greater than 44%. 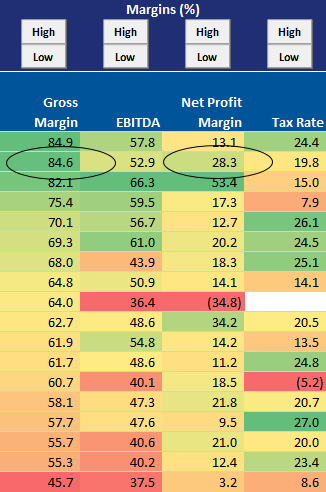 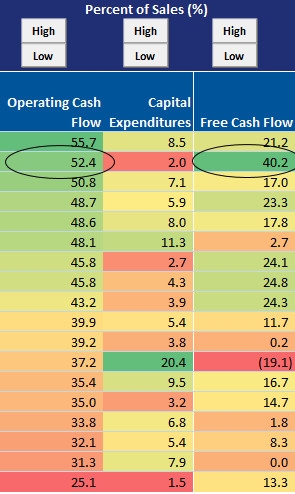 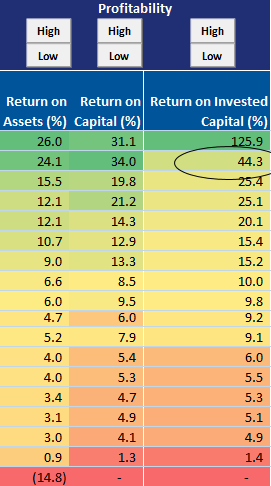 You would probably not be surprised to learn that the company also trades at a 50% premium (intangible-adjusted) P/CF relative to the MSCI World Index. 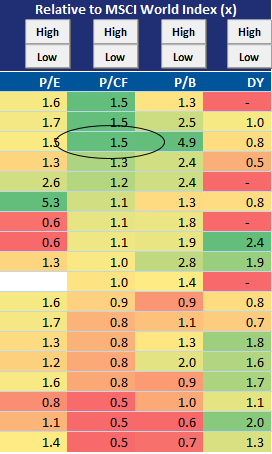 However, compared to it’s own ten-year average intangible-adjusted valuations (based on monthly readings), the stock trades at a 20% discount to both P/S and P/B. 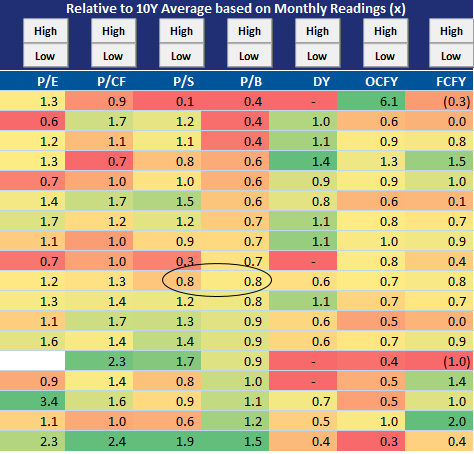 Hopefully, you’re thinking to yourself that this mystery company must be a Knowledge Leader– and you are absolutely correct. Based on all of the fundamental data, this is a company that has done everything right when it comes to prioritizing investment in intellectual property.

And now we take a look at the technical picture… 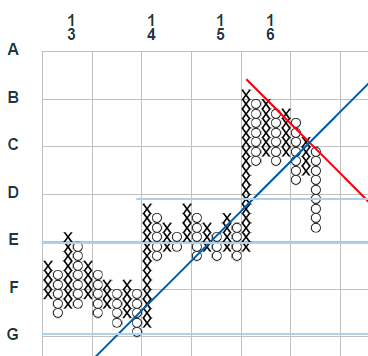 Yikes. In a downtrend (since 2015), the stock has significantly underperformed relative to the MSCI AC World Index and has fallen through two important levels of support– the 45-degree bullish support line (dark blue) as well as historic resistance (that should have acted as support) at the horizontal, light blue line at ‘D’. Does the absolute (i.e. not relative to a benchmark’s price) point-and-figure chart look any better? 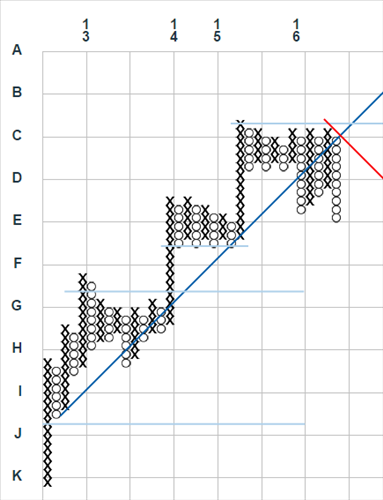 Not so much. It appears likely that historic support in the ‘E’ range will not hold for long, setting the stock up for an even steeper fall. Interestingly, though, Barron’s ran a story this week highlighting all of the fundamental reasons (as we did above) why the stock, Denmark’s Pharmaceutical company Novo Nordisk, is set for a rally.

We would argue, however, that this is an important example of why a great company does NOT always translate into a great stock. For whatever reason, investors are choosing to distribute shares rather than accumulate them. We prefer to participate in positive, upward stock trends when assembling portfolios because, after all, a portfolio of underperforming stocks WILL underperform.