Why Language Xenophobia Makes No Sense

Why Language Xenophobia Makes No Sense

With all the Hispanic immigration to the United States in recent decades, there seems to always be fear that another language, in this case Spanish, is somehow “taking over.” This supposed “language issue” has caused some States to establish English as their official language, and, in the words of the California State Constitution, “take all steps necessary to insure that the role of English as the common language is preserved and enhanced.” Though most of these laws have little practical effect, their existence is indicative of a widespread misconception.

There is no “language issue.” And to the extent that there would be one, it would be because of laws which seek to enforce the use of a particular language. If language laws are going to have any palpable effect, then it would directly imply that they are actively preventing the use of a language that at least some believe to be of greater practical use and value to them. The real issue, then, are language laws and organizations like France’s Académie Fran?aise which force a particular language on people or prevent a language from changing to become more useful.

Crispin Odey's flagship investment strategy, the Odey European Fund, lost - 30.5% in 2020, according to a copy of the strategy's fourth-quarter letter to investors, a copy of which ValueWalk has been able to review. This was one of the worst performances in the fund's history. Since its inception in 1992, it has lost more Read More

Language Xenophobia – Evolving into the Norm

Language is the epitome of spontaneous order. It is arguably the most complex thing all of us will ever learn, yet it was invented by no one, it’s controlled by no one, and it has virtually total proliferation throughout human society. It develops, evolves, and dies based solely on the voluntary choices of individuals and the interaction of people. It survives as long as it proves useful and as long as it brings value to those who use it. And just as with spontaneous order in general, when people are left to act freely and out of a sense of rational selfishness, there is a strong tendency towards things panning out better for everyone.

Now let’s go back to the idea of fearing language development or the intrusion of a different language. The short response is that language change happens slowly and is probably only an inconvenience to the older generations who happen to be caught near the tail end of a transition period. Who knows, maybe that will be my generation in 40 years.

Take the example of Spanish in the United States. If it ever got to the point where Spanish-use eclipsed English-use, most people wouldn’t even notice. This is the seeming paradox of language – that one can only be said to have truly eclipsed another when nearly all of the population uses it already anyway.

If a greater and greater portion of the US population speaks Spanish as their primary language, then we will most likely have a period of flowering bilingualism (not really a bad thing), with each language having their niche groups and situations. It will pay to be bilingual, and so, if you are a rationally selfish individual, you will be bilingual. And chances are you will have grown up this way and it will have taken no real effort on your part. If it gets to the point where English ceases to bring value in any situation or interaction, then its departure will be met with few tears and no one will miss it – because no one will be using it anyway.

Now, as I said, there is the slight chance that an older generation may start to be left in the dark (perhaps my generation around 2055). This would happen because English was the most useful language during the majority of our lives, and only ceased to be once we were retired – when the need to learn a secondary language doesn’t seem too great. But even the chances of this are slim, and they would always be due to personal choices.

At the end of the day, there is no intrinsic value in a given language. It is definitely a huge part of culture, but if language change happens organically and free of force, then the change in the language or eclipse by a new one is necessarily also a part of that evolving culture. Language is a just a mode of communication. It’s a powerful one, and even one that can even affect how you interpret the world around you, but it’s really the communication that matters.

And to the ease the thoughts of any reader who fears the spread of Spanish in the United States, English is not going anywhere anytime soon. It has achieved something never achieved by any language in history – a true universal world language. This also happened (mostly) spontaneously, and will continue to happen so long as it brings value to those who use it. Language is the best example of how and why we should trust in spontaneous orders and stop trying to control everything and everyone around us. Let go and see the beauty! 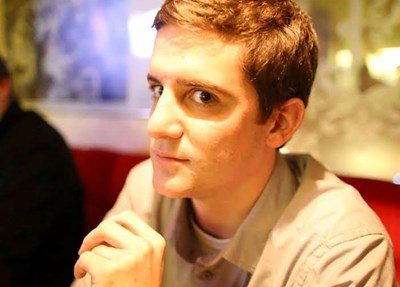