ValueWalk
Home Stocks Should You Buy Cisco Systems, Inc. Ahead of its Quarterly Report?

Should You Buy Cisco Systems, Inc. (NASDAQ:CSCO) Ahead of its Quarterly Report?

Results for Cisco’s fiscal fourth quarter are scheduled to be announced this Wednesday, after the market closes. The networking giant is coming off a better than expected third quarter that beat the Wall Street consensus by 2 cents on the bottom and almost $100 million on the top. Improving markets for its products on top of solid growth in areas like cloud computing and security should continue to boost earnings moving forward.

The Estimize consensus is looking for earnings per share of 61 cents, 3% higher than the same period last year. That estimate has climbed 6% since Cisco’s most recent report in May. Revenue is expected to increase by 2% to $12.52 billion in revenue, slightly higher than Wall Street’s sales target. Shares are up 10% in the past 12 months and typically jump an additional 1% after a report. 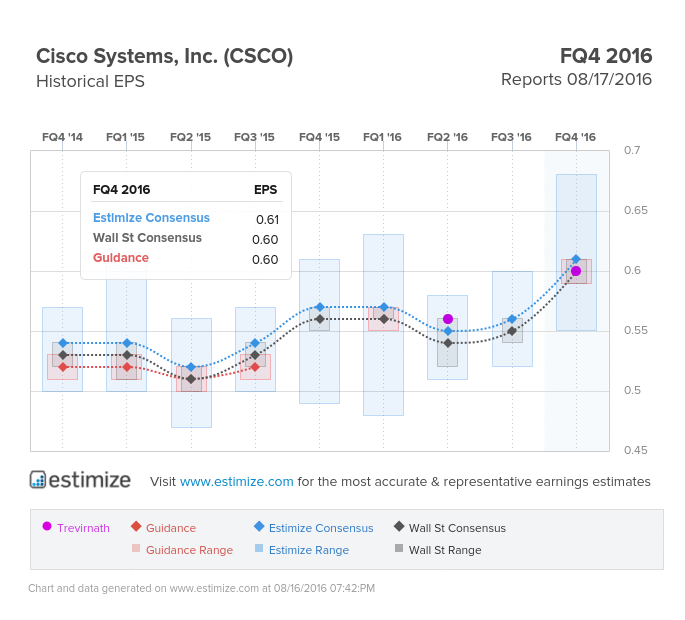 Cisco continues to have its hand in many different markets. Its core business remains its switching and routing services which account for 45% of total revenue. The real problem is that these products are offering very little growth. As a result, Cisco is shifting its focus towards high growth areas such as cloud security, data centers and mobile. Cisco is one of the dominate players in the security space with a market share of over 15%. Revenue from this segment rose 5.4% during the fiscal third quarter. Data center and mobile is performing just as well and will continue to be a part of the company’s long term strategy.

Being involved in a variety of businesses exposes Cisco to multiple competitors. In the security sector, its peers include Check Point, Palo Alto Networks and Fortinet. From a data center front they compete with Microsoft and HP. 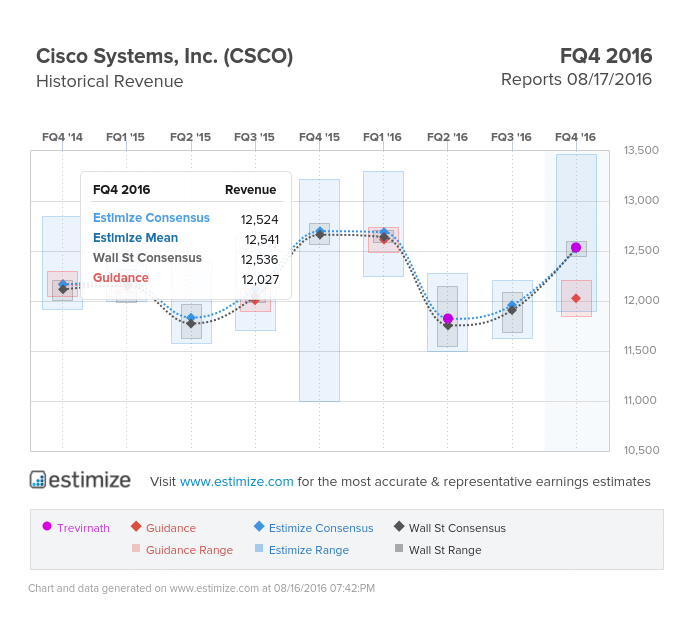 Do you think CSCO can beat estimates? There is still time to get your estimate in here!