“I found this really cool company – only the founding team right now – and they’re growing quickly. They asked me to go join them. I want to, but I can’t.”

“Why not? Isn’t it exactly what you want to be doing with your career?”

“Yeah, but I have to pay down my student loans. I got offers with better pay from [MAJOR COMPANY]. It doesn’t sound as exciting, but it gives me a better chance to pay down the $25,000 or so I owe.”

Recent graduates are forced to take “safer” jobs with higher pay rather than riskier – but higher return – jobs at startups.This is a conversation I have far too often with recent college graduates – and with increasing frequency. Despite 2016 supposedly being the best year to graduate college since the Great Recession, the average student debt for a graduate is at staggering levels – over $37,000. And despite starting salaries catching up to their pre-Recession levels, student debt growth still outpaces wage growth. This is leading recent graduates to take “safer” routes with higher pay and more security rather than riskier – but higher return – jobs at early-stage startups, both as founders and as early team members.

This should worry everybody – not just recent graduates. Higher levels of student debt has ripple effects across the economy – especially with startup foundings and growth, the catalysts of economic growth and innovation. The percentage of young people with equity in a privately held company has been at all-time lows for a few years, despite what HBO’s Silicon Valley would have you believe. This is directly correlated with the absurd growth in student loan debt.

The definition of a “startup” is cloudy – with many statistics including any new business – and lots of discussions on this topic tend to get caught up with conflicting statistics over startup growth and who, exactly, founds and joins startups. By startup, I mean a high-growth company (following the definition used by Y Combinator cofounder Paul Graham). This doesn’t need to be a tech company in Silicon Valley. It doesn’t need to be venture-funded. It simply needs to be experiencing exponential, hockeystick growth.

These companies are largely made up of people under the age of 29. These are the people building the future and unlocking the value that lies in cars and homes lying dormant and unused (think Uber and AirBnB), connecting people across the world to each other, providing high-quality, crafted food and drink in lieu of fast food, and, perhaps more importantly, building companies that employ thousands of people.

High-growth companies fuel an important cycle that drives economic growth and prosperity across at least a few categories: technological innovation, employment, and investment. Each of these areas is hurt when fewer people launch and join startups.

A plucky upstart comes up with a new way of doing something. They provide a new product or service to consumers who choose to use it if they decide it adds value to their lives. This person then starts a company and becomes a founder. They decide that they can scale the product and create value for even more people across the market if they hire a few teammates. The founder can’t pay them a lot (at least, compared to Goldman Sachs and Google), but can give them ownership in the company.

If even a small percentage of startups turn out to be successful every year, a lot of value is unlocked for investors, employees, and customers alike.If the product successfully scales, new value is created for consumers and the founding team alike. If the product fails, that’s an important signal to the market that the technology and the market were either misaligned or the execution was poor. Either way, important information is unlocked for consumers, entrepreneurs, and investors alike.

If the product continues to succeed, the founder may choose to take investment. This investment drives further growth. If the company blows up to the size of Uber, some of this investment can include money that retirees and traditional investors trust to financial institutions to invest on their behalf.

The company is a “success” if it is acquired by another company or goes public – in either case allowing investors, consumers, and employees to cash out in their own unique ways.

A successful exit is often the precursor to a founder becoming an Angel investor – one of the earliest investors in early stage companies. The founder becomes an Angel and goes off and helps the cycle keep going. Or he founds a new company and starts all over again.

If even a small percentage of the companies founded every year turn out to be extremely successful, a lot of value is unlocked directly through profits and dividends for investors and employees, and consumers are made better off by having new services at their fingertips (imagine trying to live in a major city without Uber today).

High levels of student debt place a huge burden on the early stages of this cycle. Starting a new company is stressful and expensive enough without being thousands of dollars in debt and having no collateral.

Debt does more than cloud dreams. It breaks the innovation cycle.When a recent graduate has a large amount of debt that has to be serviced, they’re more likely to take the better-paying job rather than the riskier path of starting or joining a new company. They get enticed by Golden Handcuffs at a much lower level of pay and benefits than they would otherwise.

Now our consumers are out of a product or service they enjoy using.

Now our hypothetical employees are out of jobs and out of ownership in a company that could be worth a lot someday.

Now our potential investors are out of another option in which they could invest their money (depending on the size of the investor, this can affect everybody from the Angel investor to the worker with a retirement account).

Consumers, investors, and workers are all hurt by high levels of student debt. All are deprived of options and opportunities. Value remains locked up in outdated and inefficient ways of doing things and people are stuck in jobs they’d rather not be in, given the option to join a new, interesting company that now doesn’t exist.

This would all be a moot point if student debt were worth it compared to the tradeoffs, but when so much is at stake, why are we doing this to ourselves? Why push so much debt on young people so early with so little to show for it? Everybody from Mike Rowe to Peter Thiel have begun to question this cycle. Alternatives like coding bootcamps and apprenticeships are gaining steam and the tide may be turned by providing new options to ambitious young people.

Still, in the course of my work, I meet young people who feel as though they are presented with no other option but to take the debt. The over-reliance on the credential at the end of this lengthy and expensive cycle drives them. Parents, employers, and educators lead them to believe they’ll have a much harder time getting by without one.

But the truth is, we’ll all have a harder time getting by without them. 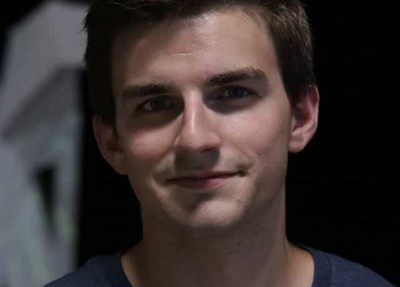 Zachary Slayback is the Business Development Director for Praxis, a nine-month startup apprenticeship program. He’s the author of The End of School and writes regularly at zakslayback.com. He can be reached at [email protected]