Is It Time To Short Netflix, Inc. (NASDAQ:NFLX)?

Netflix kicks things off for the notorious FANG stocks with second quarter results this Monday after the bell. The video streaming service is not likes its peers in that its market cap is well below $300 billion, the benchmark for a mega cap company. Shares are also down 17% this year after jumping 81% in 2015 due to increased competition, decelerating subscription growth and ineffective global strategy. Although it’s likely that Q2 earnings beat analysts estimates, future earnings are likely to be guided lower.

The Estimize consensus is looking for earnings per share of 3 cents on $2.11 billion, 1 cent higher than Wall Street on the bottom line and right in line on the top. Compared to a year earlier this reflects a 34% decline in earnings with revenue expected up by 28%. Per share estimates have dropped significantly since Netflix’s last report, so it wouldn’t be surprising if they report a loss this quarter. Fortunately, the stock typically trends upwards during earnings season, rising 4% through earnings and 6% 30 days following a report. 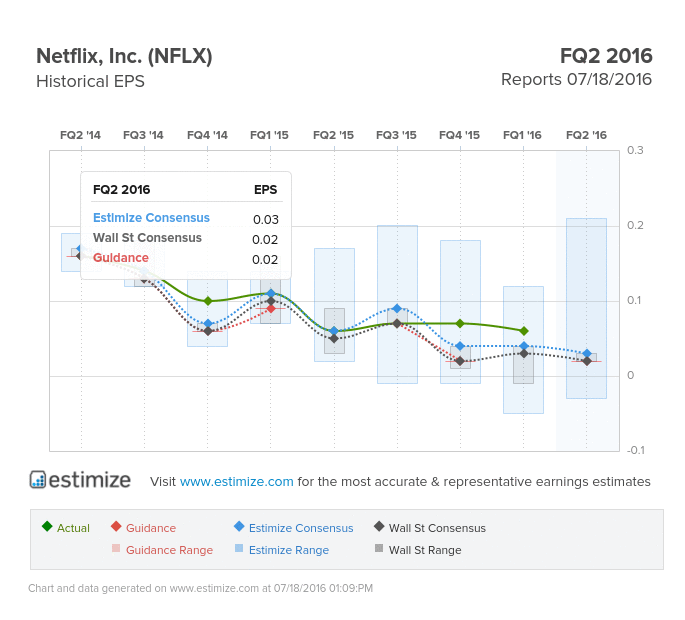 Netflix is troubled by weak earnings yet strong revenue growth, a theme impacting many of today’s tech companies. And despite beating earnings last quarter, Netflix shares fell by more than 10% thanks to weak forward guidance on membership. Netflix must also compete with one of its FANG companions in Amazon. Amazon recently debuted a new plan that would give users to access its video library for a cost slightly less than a traditional prime membership.

Furthermore, Netflix has multiple holes in its financials. The company’s strengths are undoubtable but its weaknesses including high debt and weak operating cash flow. Its high valuation is often viewed as unwarranted given slowing growth and difficulty breaking through emerging markets.

On the bright side, Netflix continues to push out new proprietary content and renew its past successes. The company also added a new partner in Comcast. Netflix services will now be featured in Comcast’s new X1 set top box, hopefully reigniting subscription growth for both companies. 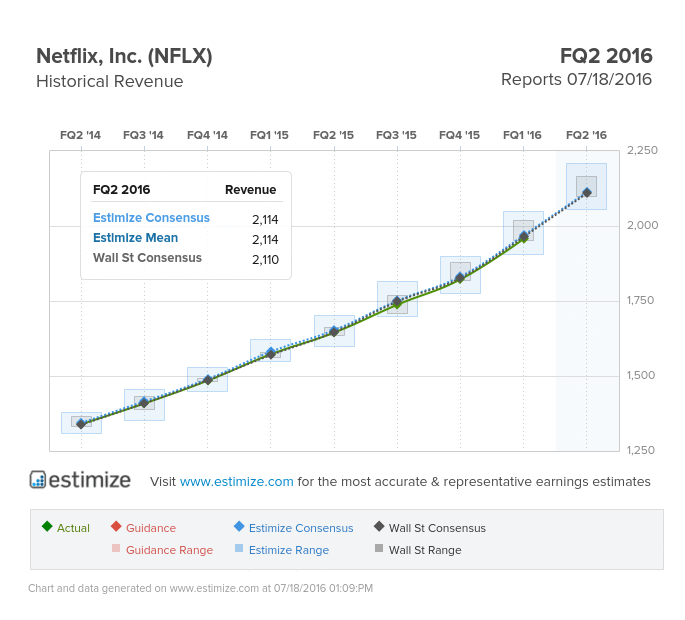 Do you think NFLX can beat estimates? There is still time to get your estimate in here!