ValueWalk
Home Stocks Will ISRG’s Run Come to an End this Quarter?

Will Intuitive Surgical, Inc. (NASDAQ: ISRG)’s Run Come to an End this Quarter?

The past year has been extremely volatile for the healthcare industry, but that hasn’t held true for Intuitive Surgical. Over the same period, the stock is up 15.72% primarily due to the success of its flagship product, the da Vinci surgical system. Earnings have followed suit and have topped expectations in each of the past 4 quarters. Early signs suggest that the company will continue its streak of strong earnings when it releases Q2 results this Tuesday.

The Estimize consensus is looking for earnings per share of $5.02 on $648.51 million in revenue, 7 cents higher than Wall Street on the bottom line and $5 million on the top. Compared to a year earlier this represents an 8% increase in earnings with sales expected to jump 10%. Estimates have been trending upwards over the last 3 months which typically means a strong report is on the way. 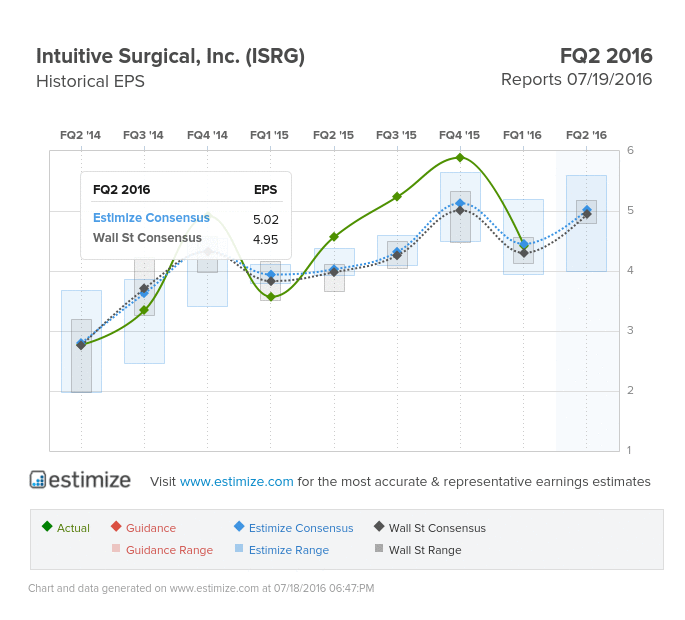 Intuitive Surgical has been fortunate to have found success with its da Vinci surgical systems. In each of the past 5 quarters, the company has posted double digit gains on both the top and bottom line. Q1 in particular saw worldwide da Vinci procedures grow by 17% compared to the first quarter of 2015. This was primarily driven by an increase in general surgery and urologic procedures in the U.S. Shipments of its flagship product also rose to 110 systems compared to 99 in the first quarter of 2015.

Minimally invasive robotic surgeries are still in their early stages, leaving Intuitive Surgical with a lot room to run. The company makes its biggest margins from new accessories such as the Xi Vessel Sealer, Xi Firefly and Xi Stapler. If system wide sales continue to grow at their current pace and Intuitive Surgical can capitalize on global expansion, then sky’s the limit for earnings potential. 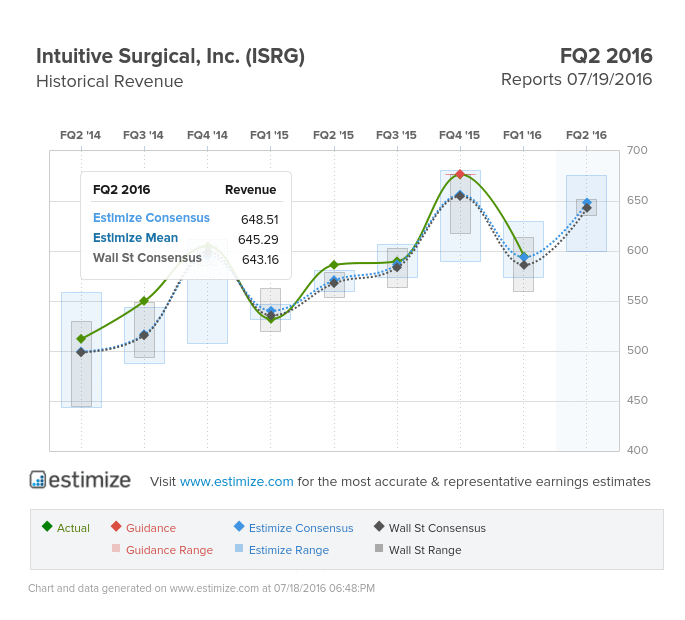 Do you think ISRG can beat estimates? There is still time to get your estimate in here!