Can Anything Stop F5 Networks, Inc. (NASDAQ:FFIV) from Beating this Quarter

Enterprise technology is one of the fastest growing sectors in the technology space. F5 Networks is one of those companies that have seized this opportunity to reach new heights. The company is scheduled to release its FQ3 earnings this Wednesday, after the market closes. Despite strong upwards momentum, earnings are expected to continue its steady slowdown.

The Estimize consensus is calling for earnings per share of $1.81 on $496.38 million in revenue, 2 cents higher than Wall Street on the bottom line and right in line on the top. Compared to a year earlier this represents an 8% increase in earnings and 3% in sales. On average the stock increases after a report is released. Through earnings and 30 days following a report, shares have been found to jump by 2%. 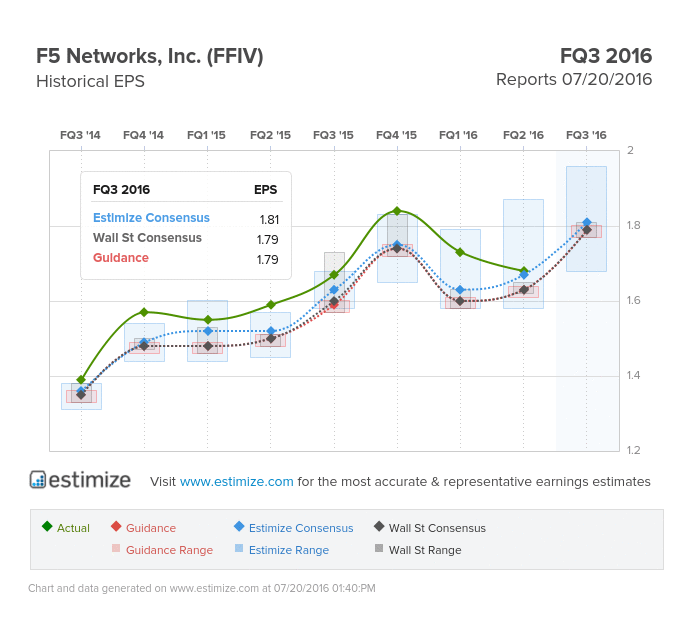 The company’s last report was less than encouraging, with both the top and bottom line slowing down compared to previous quarters. Q1 results marked the first quarter that earnings dropped to single digits in over 2 years. Revenue growth has also creeped closer to flat and negative as F5 attempts to keep up with rapidly changing enterprise technology. As the landscape evolves, the company has been prone to unsold inventory. This has been particularly true with ADC architectures which are slowly losing favor to hybrid cloud solutions. Though F5 could have a role in hybrid architecture, it isn’t something that could happen overnight.

Meanwhile, the company faces competitive threats from Citrix and Cisco, which operate in this same space. On the bright side, F5 is seeing revenue growth from key areas such as mobile data, data center products, new security offerings and continued demand from domestic markets. 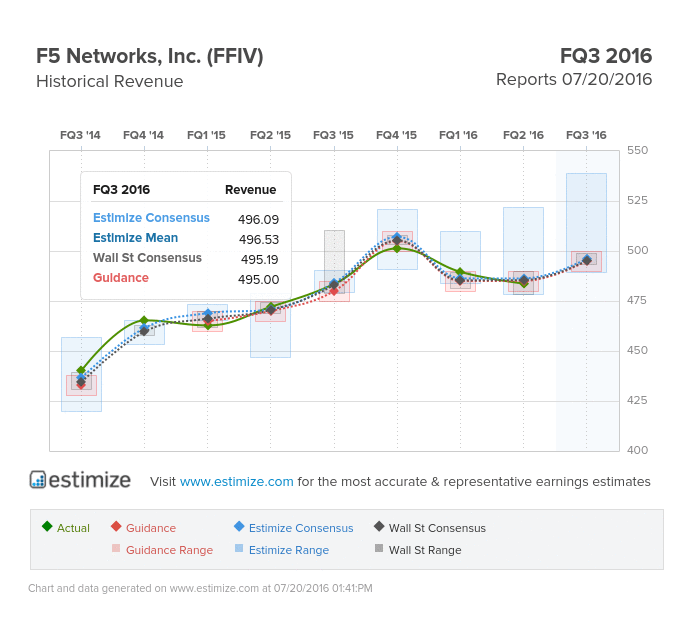 Do you think FFIV can beat estimates? There is still time to get your estimate in here!