The big difference is the thousand years track record of gold against just seven years of bitcoin.During the first six months of 2016, bitcoin trading volume on Brazilian crypto exchanges surpassed that of gold spot trading on the Brazilian Securities, Commodities and Futures Exchange (BM&F BOVESPA). In this period, over R$ 164 million (~US$47 mi) were traded on the specialized exchanges, while gold spot contracts (for 250 g and 10 g equivalent bars) registered around R$153 million (~US$44 mi). In June, bitcoin trading volume was twice the precious metal volume.

This unprecedented and historic milestone confirms the strong growth the cryptocurrency has had in Brazil. According to website bitValor.com, June’s year-to-date bitcoin volume exceeds by 45% its entire trading volume in 2015, when local exchanges reported R$ 113 million worth of transactions. This year’s first semester is commensurate to the last three years combined.

Admittedly, these volumes pale in comparison to what goes on in the world and in more developed nations, both in the gold and crypto markets. Nevertheless, one should not underestimate this historic and important milestone for bitcoin in Brazil.

Globally, gold is still an asset with higher volumes than bitcoin. As claimed by the London Bullion Markets Association, the average daily value of gold transfers is roughly US$ 20 billion, whereas bitcoin trades amount to over US$ 1.5 billion.

Such market data as well as recent developments indicate bitcoin is increasingly being perceived as a new safe-haven asset, to which investors can resort in times of crisis. In short, it is a genuine competitor to gold. The big difference is the thousand years track record of gold against just seven years of bitcoin. But this is surely nothing time can’t solve. 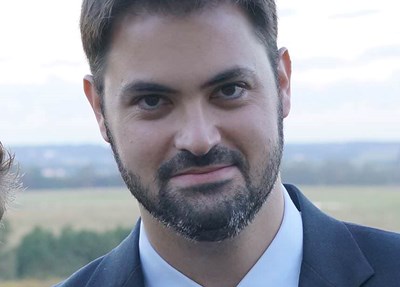 Fernando Ulrich is a member of the board of directors of Mises Brazil.