Alphabet, along with Amazon, cap off a big week of earnings which features them, Apple and Facebook. Alphabet was pushed off its pedestal last quarter after earnings failed to meet expectations. The key problems were stagnant operating margins, despite 17% revenue growth, and increasing traffic acquisition costs as Google invests heavily in mobile. The major concerns heading into this quarter’s report are whether search has slowed down and if moonshot losses are still increasing. If both come to fruition, Google stock will be in for a cringeworthy afternoon.

Analysts within the Estimize community are calling for earnings per share of $8.14, up 16% from a year earlier. That estimate has fallen by 1% since Alphabet’s last report in April. Revenue is anticipated to increase 18% to $16.94 billion, which would mark a 5th consecutive quarter of double digit sales growth. 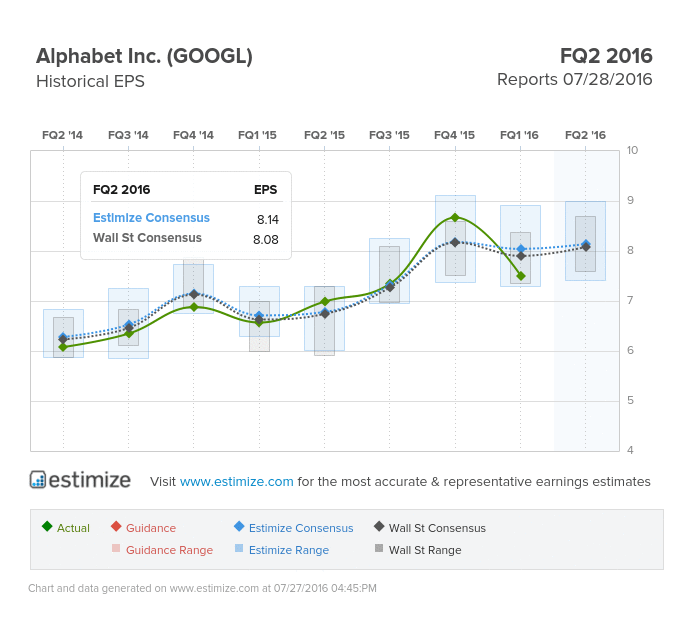 Investors were finally given what they wanted when Google adopted a new operating structure which would detail the financial performance of its moonshot investments. These projects were always hidden and now investor’s might be doubting whether they actually want those numbers. Last quarter’s shocking miss on both the top and bottom line was potentially due to Alphabet’s “other bets” line, which took an $800 million loss.

Its performance was substantially worse than a year prior with a portion of that loss coming from currency headwinds. Alphabet can only rely on Google’s advertising revenue to carry earnings for so long. The sector continues to report double digit gains as online marketing is more important than ever but that could change in the near future.Experts are growing more pessimistic regarding this business claiming a slowdown in the near future.

The company continues to gain traction in its mobile and cloud business. Google’s cloud products still trail Amazon and Microsoft but at the pace the sector is growing, there is enough profits to go around. 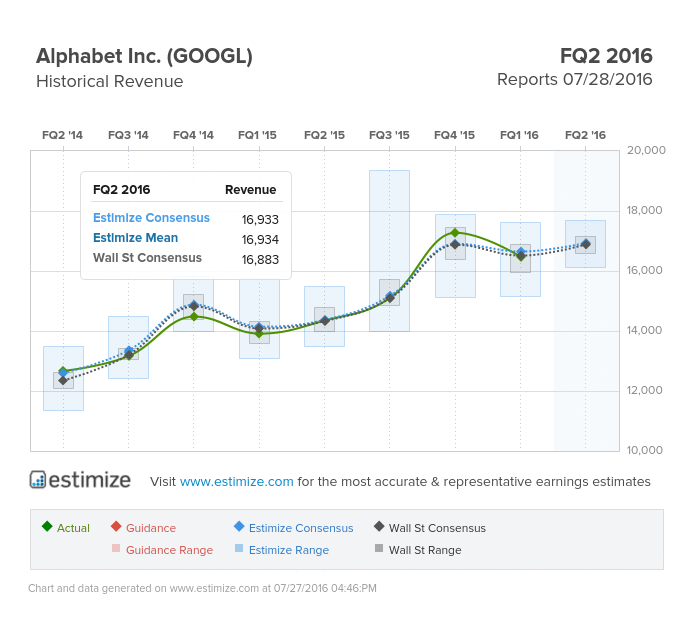 Do you think GOOGL can beat estimates? There is still time to get your estimate inhere!