Global semiconductors have been one of the most beaten down industries in recent years largely due to weaker demand for PCs and weak foreign currency translation. AMD is amongst the many who have struggled to stimulate growth. The company has typically played second fiddle to NVidia and Intel as a worldwide provider of GPU and CPUs. However, with a few small victories under its belt, the tides might be turning. Expectations are at all time high as AMD heads into its second quarter report this Thursday

The Estimize consensus is calling for an 8 cents loss per share on $957.37 million in revenue, 1 cent higher than Wall Street on the bottom line and right in line on the top. Compared to a year earlier this represents a 51% increase in earnings and 2% in sales, marking the first quarter in 2 years of positive growth. Both EPS and revenue estimates have soared lately as analysts gain more confidence in AMD to turn strong earnings. 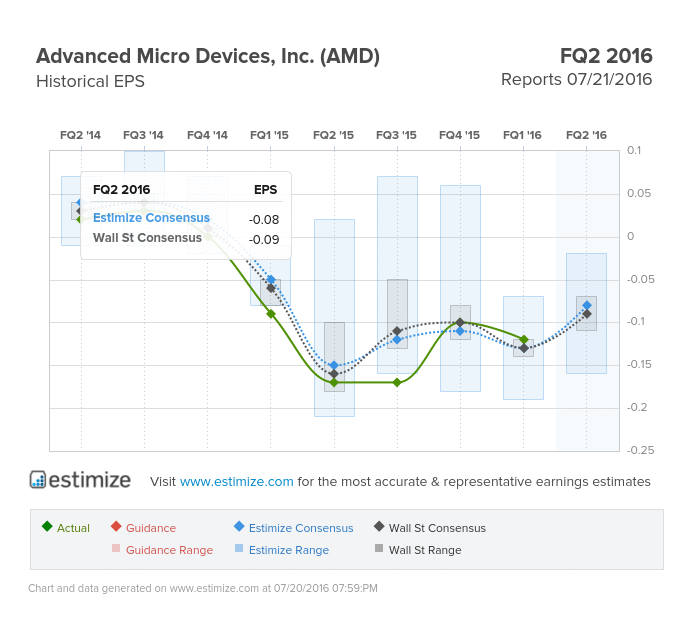 AMD has made headway at closing the gap between both NVidia and Intel. Last month the company released its first Polaris GPU at an inexpensive price point for the mainstream gaming market. Between announcing and releasing Polaris during the second quarter, the stock has more than doubled. In fact shares are up 90% since the start of the year and 240% in the past 12 months. Besides Polaris, AMD has made significant progress on its Zen processor. Until now Intel has been the status quo in the CPU market but if Zen is perceived as a success, AMD will finally close the gap on the high end processor market.

Weaker global PC demand is still a significant source of concern that could impact profits in the upcoming quarter. PC sales have steadily declined in the past 5 years as Apple grabs more market share and the need for a home computer wanes. AMD has offset some of that risk by immersing themselves in high growth markets like virtual and augmented reality. VR/AR could very well be the boost earnings this quarter and beyond. 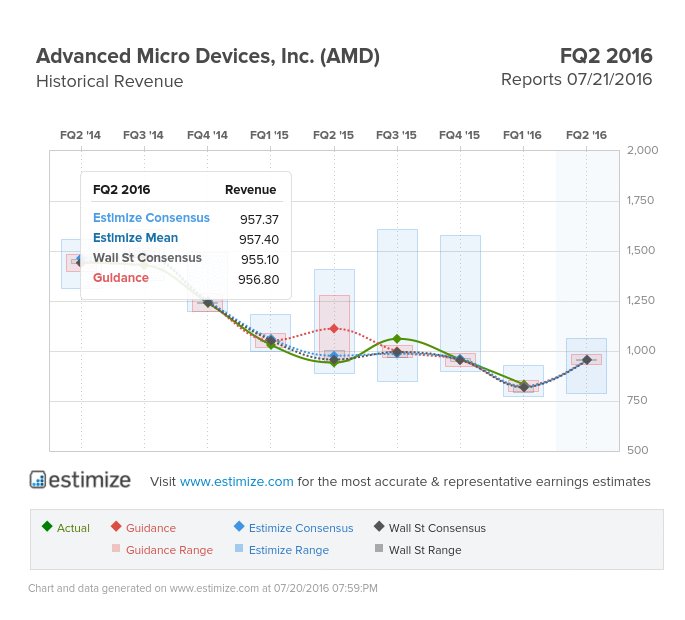 Do you think AMD can beat estimates? There is still time to get your estimate in here!