German industrial conglomerate, Siemens, made a splash last Friday when it announced the combination of its wind turbine business with Spanish renewables company, Gamesa. With the latter’s already significant exposure in developing markets such as India, the deal was well received (judging by the 3% daily gain in Siemens’ stock price). While Knowledge Leaders are unique in their reliance on internally-produced stocks of intangible capital (in contrast to the acquisition of capital via a more traditional arm’s length transaction), this is an interesting case because we have a Knowledge Leader (Siemens) that purchased an almost Knowledge Leader outright.

Siemens spends the most of any German industrial on R&D (nearly 6% of sales) each year, with another 4.5% of sales devoted to advertising and firm-specific resources, according to our intangible-adjusted financials.

The result of this focus on intangible investments? A stock of intellectual property equivalent to nearly 14% of the companies total assets. 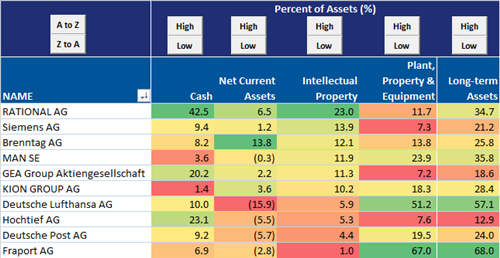 With gross margins approaching 30% and net margins near 8%, Siemens easily beats the 20% gross margin threshold for inclusion as a Knowledge Leader. Interestingly, this is the only category in which its aquiree, Gamesa, does not pass the screen (the wind turbine manufacturer’s gross margins are just 19.7%– 0.3% below the 20% cutoff). 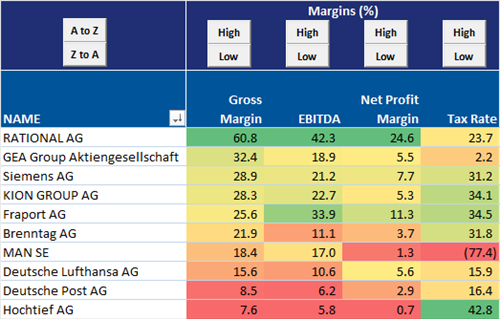 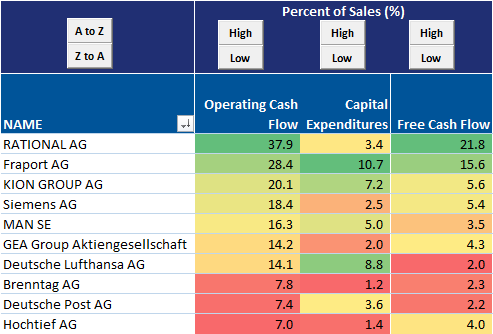 …and the industrial conglomerate’s ROIC is greater than 8%. 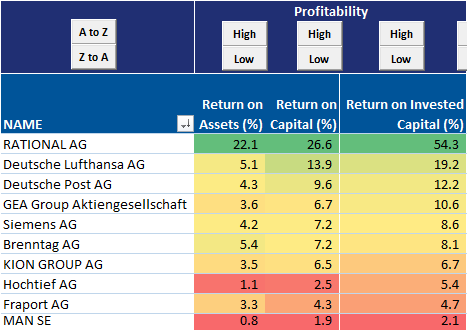 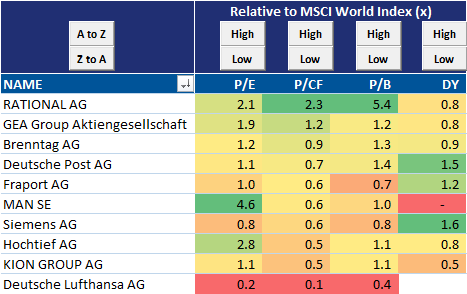 And, if the fundamental and valuation profiles were not convincing enough, the cherry on top of this proverbial Knowledge Leader sundae is the stock’s rather attractive point and figure chart. 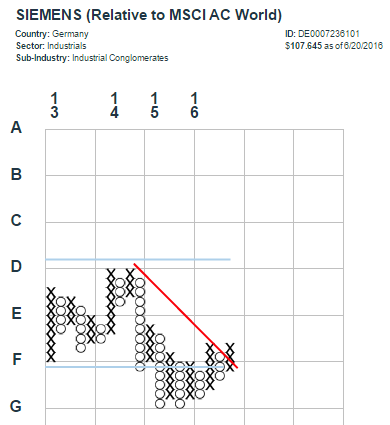 Having established a multi-year base, the stock has begun to outperform on a relative basis– overcoming resistance at the downtrend line that has been in place since 2014. Familiar readers will recognize this base formation type of chart as one of our two favorites (the other being a breakout from a trading range).