Decline in European Unemployment Rate Not All That It Seems

On the surface, yesterday’s European unemployment data release was fairly positive– the overall rate of 10.2% remained steady versus March’s reading and at levels not seen since late summer 2011. 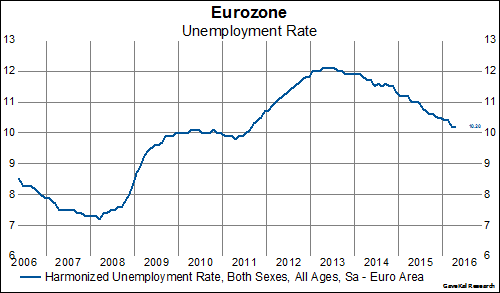 A closer look reveals the continuation of a rather large disparity in unemployment rates between the ‘peripheral’ countries subject to bailout measures just a few years ago and their ‘core’ counterparts. Greece and Spain still suffer from overall unemployment in the 20-25% range, while Switzerland and Denmark hover closer to 3.5% and Germany’s unemployment rate is just 4.2%. 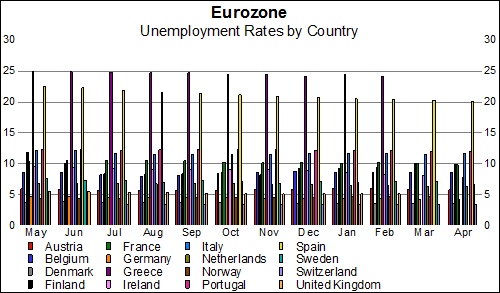 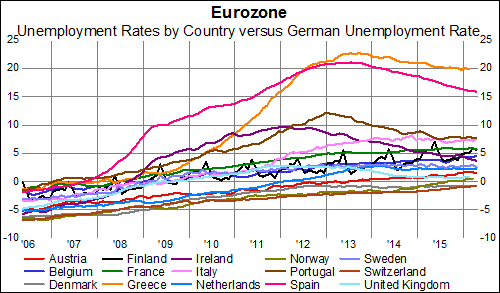 It is perhaps not the inter-country comparisons that are the most concerning, however, but the startlingly (and stubbornly) high rates of unemployment among those under the age of 25. Youth unemployment in beleaguered Greece has only managed to come down from 60% to 50% over the last three years. 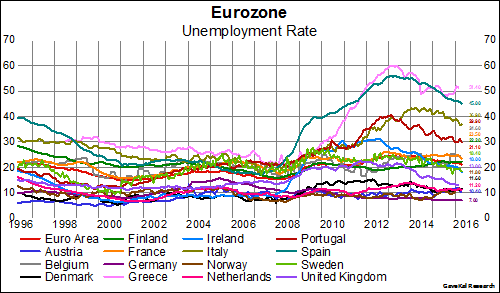 Compared to one year ago, youth unemployment in Spain has fallen the most (~5%), with Italy and Ireland not far behind (decreasing 4.5% and 3%, respectively). However, unemployment in the under-25 age group has risen in places like Belgium (4.3%), Norway (2.4%), and Denmark (1.2%)– countries that most tend to associate with the arguably more stable ‘core’ group. 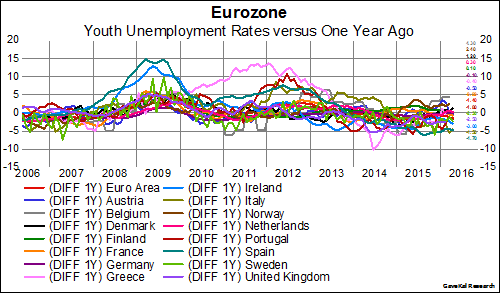 So, not exactly the most encouraging economic news after all.

European Unemployment Rate –  Sign up for reports from Gavekal Capital