Fitbit, the market leader in wearable fitness technology, is scheduled to report first quarter earnings tomorrow, after the market closes. Shares the company are down 41% this year with investors now believing fitness trackers are slowly on their way out. Despite waning sentiment, the company continues to innovate and recently released two new products, the Fitbit Alta and Blaze. Current and future revenue from these devices are likely be investor’s primary focus this quarter.

The Estimize consensus is calling for earnings per share of 7 cents on $452.08 in revenue, 3 cents higher than Wall Street on the bottom line and $8 million on top. Since Fitbit’s last report per share estimates have been cut 76% and now reflect a 71% year over year decline. Revenue, on the other hand, is expected to increase 35% from a year earlier. Unfortunately, the stock hasn’t fared well during earnings season. In the day leading up to its report, shares typically decline 11% and fall as much as 17% in the 30 days after. 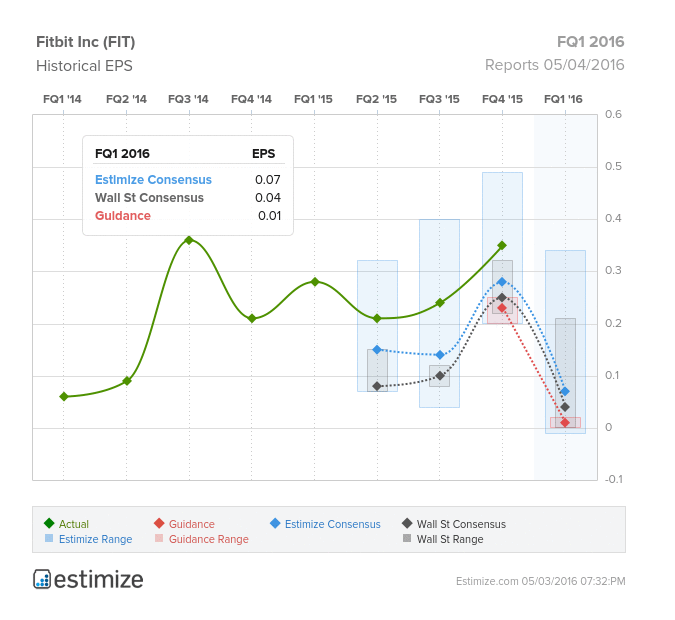 Fitbit sales have been doing quite well despite direct competition from tech giants like Apple. Fitbit finished last quarter selling 8.2 million unit almost double the amount Apple sold of its watch in the same period. So far, the company has exceeded expectations but that might be beginning to change. Despite having sold over 15 million units, only 50% of owners are active users with that number slowly declining.

That said, sales in the wearables market is still expected to grow over 40% by the end of fiscal 2016. Furthermore, consumer spending in this industry is one of the highest growing within the global electronics market. As a market leader, Fitbit is well positioned to capitalize on the long term success in the wearables industry. 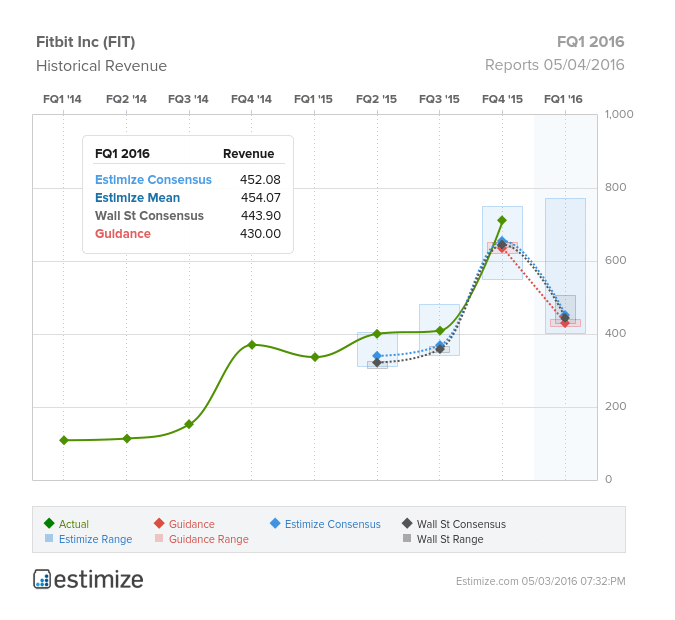 Do you think FIT can beat estimates? There is still time to get your estimate in here!