I was abruptly woken by a PMS day. A richter magnitude force brimming under the surface evidenced by the stomping, grumbling, and frustration, which accompanies this phenomenon. As a husband, I’m grateful for the warning signs. I can prepare accordingly.

It’s not hard to see change when it’s upon us. Identifying it ahead of time is a little bit trickier but not much. The signs, like a grouchy wife, are often there if we care to look.

I have often wondered if the average Joe in the midst of the Industrial Revolution ever looked around himself to see some of the change that was coming. In the making but not fully there yet.

The amazing changes witnessed since the late 1700’s are easily understood. What is not commonly understood (in large part because we’re in the midst of it) is that today we stand on the brink of a technological revolution that will fundamentally alter the way we live work and play. But first – to understand the future we need to look to the past.

The most instructive trends of our recent past are the Industrial Revolution, which can be broken down into 3 key areas of innovation and disruption:

The first stage of the Industrial Revolution around 1780 entailed harnessing steam power. Remember those old steam trains and water mills seen now only in children books and third world hell holes? Well, what they did was mechanise production resulting in huge advances in production.

Around 1870 this stage involved electricity which provided mechanization and production at a greatly increased level in large part replacing steam.

Around 1970 this involved using information and electronics to amplify, enhance, and automate production.

Fast forward to 2016 and what is upon us, and taking place at an exponential rate, is a revolution driven by a coalescing of and a convergence of multiple technologies, each providing a magnifying effect on one another.

Just as an amazing chocolate cake requires a number of ingredients today we have multiple ingredients (technologies) coming together, forming entirely new systems. And in doing so completely replacing and disrupting existing industries, products and power structures.

It’s easily one of the most exciting and potentially frightening times to be an entrepreneur, investor and participant. Frightening because expecting things to be the way they’ve always been is the most dangerous thing one can do. And exciting because the tsunami-like shift of power and capital taking place at ever increasing speed affords incredible opportunity.

If you’ve read the newspapers at all you may be familiar with peer-to-peer lending, crowdfunding, crowdsourcing, Bitcoin (both the currency and the protocol) or the sharing economy which includes services such as Uber, Airbnb, Wikileaks and even Tesla.

A common theme with all of these is that they disrupt an existing industry which often enjoys a stranglehold.

Peer-to-peer lending, for instance, usurps investment banks and lending institutions, Bitcoin and cryptocurrencies usurp the need for central banks, financial institutions, stock exchanges, custodians, notaries, and credit cards to name but a few. Then we have 3D printing which disrupts manufacturing allowing individuals to design, create, and produce customized goods in their own home for less than the mass produced alternatives.

Fighting technology is a losing battle. You may as well fight oxygen.

Take for example the case against Kim Dotcom. The US Government have spent millions of dollars doing all that they can to shut down file sharing, and they chose little Kim and his company Megaupload as the poster child designed to teach all who may dare to follow a lesson.

Here’s how successful they’ve been…

Why these exponential technologies are successful is answered with the same reason that the US military was wildly unsuccessful in fighting Al Qaeda. A lesson they should have learnt from the Soviets 20 years earlier.

The answer is decentralization.

Attacking a bunch of goat herders in Jesus sandals who are scattered across inhospitable terrain is like trying to attack oxygen.

Technological advancements, however, were the game changer. Not only are terrorists decentralised but the cost of military hardware and the advancements in technology have altered the power structure. These changes are accelerating and will bring about disruptive changes in political structures at an increasing speed.

Not only do these exponential technologies disrupt industries. They also disrupt existing power structures.

1986 was the year that the Mujahideen first shot down a Soviet Mi-24 Hind helicopter. The Ruskies had been in Afghanistan for 7 years enforcing their will. A military superpower to be reckoned with. 3 years later they were gone, tail between their legs.

The US made Stinger missile. Costing less than $75,000 it was a steal, easily operated by a single man. And sporting a kill ratio of 70%, the Stinger in the hands of a bunch of goat herders changed the economics and success of large scale centralised warfare. 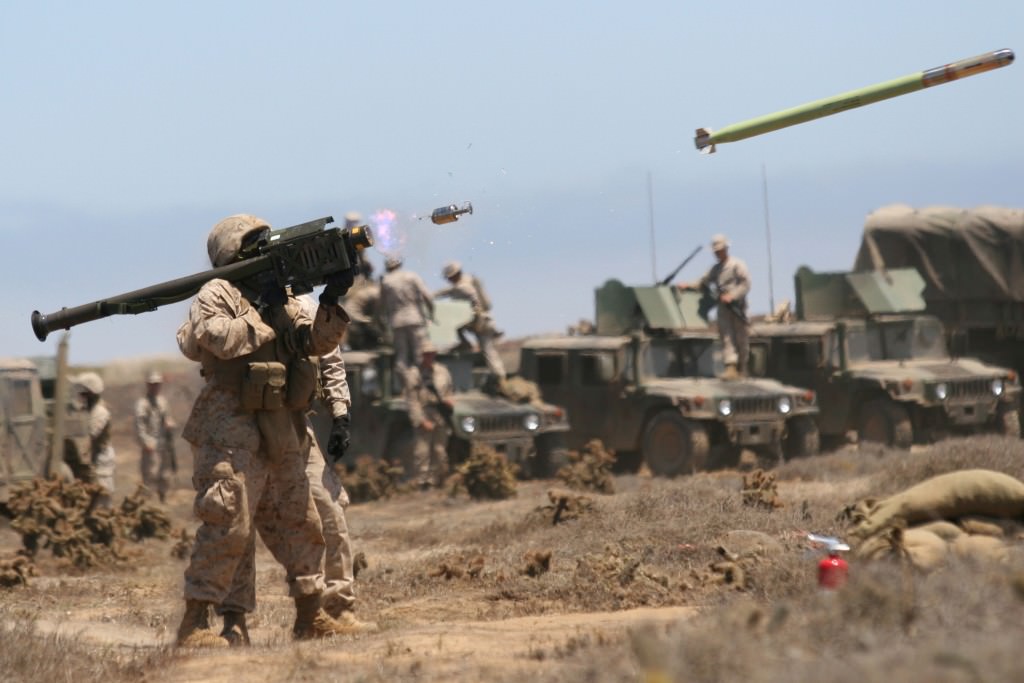 Who would have guessed that a shoulder held missile manned by a poverty stricken group of villagers would stave off a military superpower?

While the Stinger missile and cyber warfare today massively disrupt the existing balance of power, seemingly innocuous technologies we’re all now used to and consume do much the same thing.

Authorities tried to stop both Airbnb as well as Uber. City officials have banned their use, lobby groups have fought and continue to fight them, and yet both have continued to grow.

They grow not because of the companies themselves marketing heavily but because their users share it. When something is fundamentally useful and valuable to the consumer, human nature is to share it.

If that particular product was centralised and found in a large factory shutting its operations would be a cinch. This is why labour unions dominated society during the industrial era.

Today that’s not the case. In order to stop product use each and every consumer would need to be stopped. Again, like fighting oxygen in the atmosphere.

The world we’re living in includes billions of people connected digitally, holding unprecedented processing power, storage capacity, and access to knowledge that only a decade ago was unachievable to even the most powerful of the world leaders.

If centralized powers are to fight this trend they will be fighting a decentralized network of billions of individuals scattered across the globe. Borders matter less and less in our connected world.

Networks which are viral, decentralised and useful, are incredibly difficult to stop, and with every passing day they grow in strength. Once a tipping point is reached they become part of the very fabric of society and things are never the same again.

Napster was one of the early movers in sharing music online. In 2001 it was shut down by the authorities. Much like file sharing mentioned above, today music sharing is multiples of what Sean Parker ever had in mind.

Here we have traditional music sales. Anyone who was making a living from selling CDs has had to find something else to do.

The disruptive technologies reshaping how we live, work and play have a number of characteristics:

Perhaps the most important point to consider is point number 5. The thing to understand is how exponential technologies permanently reshape the demand curve.

There are few industries that are not being (or will not be) impacted by this tidal wave of disruption. The shift from centralized industries to decentralized is unmistakable and accelerating every day.

When an entire host of accelerating technologies come together, working off each other, the results are spectacular. New systems are formed with increasing speed and old systems fragment and fall apart as their inherent weaknesses become increasingly evident.

I recently had an excellent conversation with a friend on this very topic. I recorded it and if you’re a subscriber you’ll get it early next week. He’s also joining us in Del Mar, California in a few weeks’ time and if you’re a forward-thinking investor you should consider joining us too. Seriously, if you wish to get a deep understanding of the most powerful trends in motion today and how they are shaping the world then you need to book your space now before we’re full.

The timing could not be better since the changes afoot today are causing a shift of wealth the magnitude of which promises to be one of the largest in human history.

The Elephant in the Room

I’ll leave you with a question.

What entity or entities can you think of exhibiting the following traits?

Have a good weekend!

“This kid came up with Napster, and before that, none of us thought of content protection.” – Morgan Freeman

The post A Massive Shift Is Underway! appeared first on Capitalist Exploits.