Can NVIDIA Corporation (NVDA) Continue its String of Strong Earnings? Here’s What to Expect

Chipmaker, NVIDIA Corporation (NVDA) is scheduled to report fourth quarter earnings February 17, after the market closes. In 2015, shares of the chip giant soared 63.74% as rising demand for graphics card defied the overall trend in the PC market. The company’s efforts to diversify out of traditional PC gaming into virtual reality, data centers and automotives will be key to driving growth in the future. 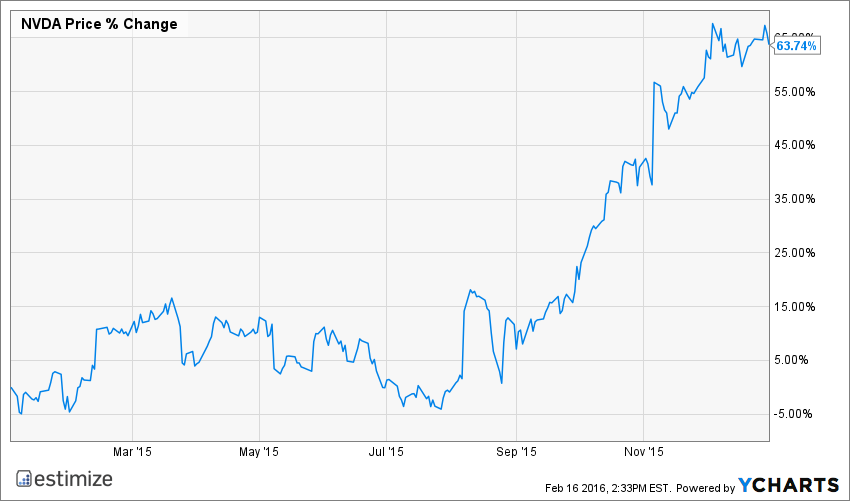 Coming off a better than expected third quarter, expectations remain high that Nvidia will beat yet again. The Estimize consensus is calling for EPS of $0.35, 15% higher than the Street, and revenue expectations of $1.322 billion are roughly $20 million higher than the Street. Nvidia has consistently outperformed the Estimize consensus, beating EPS and revenue 69% and 63% of the time, respectively. 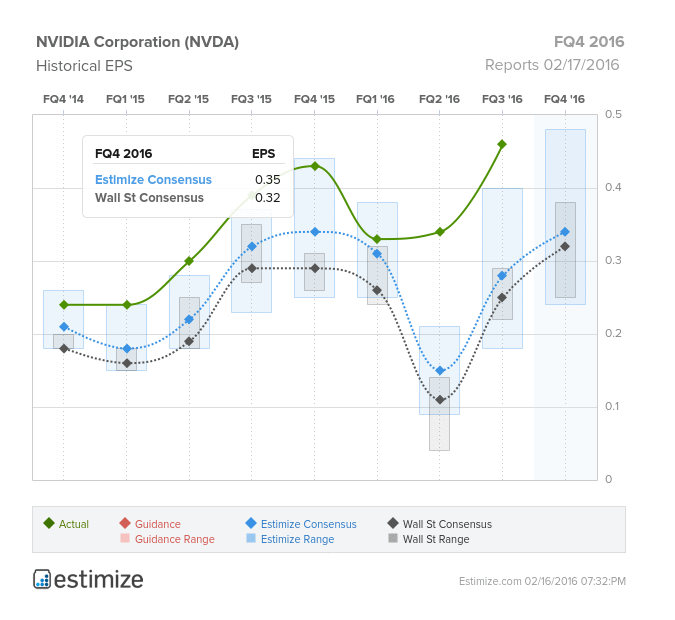 Gaming is still a large part of Nvidia’s operations and accounts for more than 58% of the company’s revenue. The strong momentum in graphic card sales is expected to carry through the fourth quarter despite a considerable slowdown in the PC market. The rising popularity in PC gaming has been beneficial for the company driven by virtual reality and highly anticipated games like Call of Duty.

At the moment, virtual reality has been firmly tied to gaming and more specifically PC gaming. The first truly mainstream headsets are prepared to launch later this year and could possibly spark demand for Nvidia’s higher-end graphics cards. These systems require PCs with advanced components just to function, opening up an opportunity for Nvidia to manufacture high-priced graphic cards at scale.

Like virtual reality, Nvidia’s inroads on autonomous vehicles will help support long term growth. Automated related revenue has been the company’s fastest growing segment reporting 52% YoY growth in the third quarter. Nvidia is poised to reap the benefits as these vehicles become commonplace. 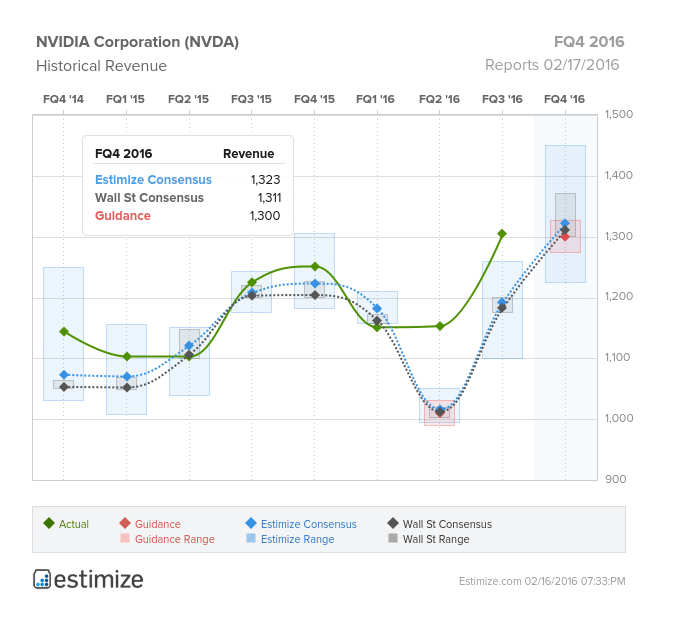 On the downside, Nvidia is facing a legal battle with smartphone giant Samsung. The company claims the Galaxy phones infringed on its core GPU technology. As the case continues to drag on, legal fees will take a large toll on Nvidia’s profitability. Moreover, the chipmaker is facing slower demand of its Tegra microprocessors, negative currency headwinds and stiffer competition from AMD. Given Nvidia’s track record of beating, these minor roadblocks should have a minimal impact on what looks to be another profitable quarter.

Do you think NVDA can beat estimates? There is still time to get your estimate in here!