Over half a century ago, Dr. King cried out:

I have a dream that one day this nation will rise up and live out the true meaning of its creed: “We hold these truths to be self-evident, that all men are created equal.”

While we’ve come a long way from 1963 in many aspects, the world of finance sadly still remains an Old Boys’ Club, filled with – you guessed it – white males.

As of 2009, women made up less than 18% of the finance industry’s workforce, down from 21% in 2000. Blacks and other minorities are still underrepresented by big margins. Blacks make up 5.9% of Wall Street’s workforce. Latinos: 6%.

Not only is this widening the ever-increasing wealth gap, it’s also hurting performance: according to astudy by McKinsey, companies with more diverse top teams are also top financial performers.

This diversity problem is partly driven by Wall Street culture, partly by self-selection (fewer women and minorities seek and earn the credentials that investment firms typically want), and partly by a lack of role models.

So in honor of Martin Luther King, Jr., here’s a shout out to some of the top African-American investors and the top women investors: 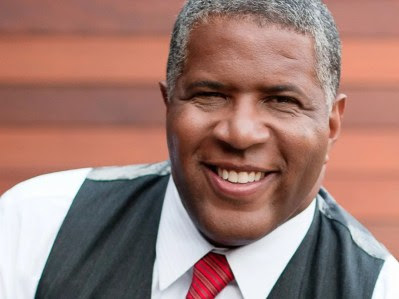 Robert F. Smith is an American investor. He is the founder, chairman and CEO of Vista Equity Partners, an investment firm with over $14 billion in assets as of October 1, 2015. Smith is ranked by Forbes as 268th richest man in America, and the second wealthiest African-American on the list, trailing only Oprah Winfrey

Robert Louis Johnson is an American businessman, media magnate, executive, philanthropist and investor. He is the founder of Black Entertainment Television, which was sold to Viacom in 2001. He also founded The RLJ Companies, a holding company that invests in various business sectors. Johnson is the former majority owner of the Charlotte Bobcats.[8] He became the first black American billionaire.

Christopher Paul “Chris” Gardner is an American entrepreneur, investor, stockbroker, motivational speaker, author, and philanthropist who, during the early 1980s, struggled with homelessness while raising his toddler son, Christopher, Jr. Gardner’s book of memoirs, The Pursuit of Happyness, was published in May 2006.

As of 2012, he is CEO of his own stockbrokerage firm, Gardner Rich & Co, based in Chicago, Illinois, where he resides when he is not living in Toronto. Gardner’s personal struggle of establishing himself as a stockbroker while managing fatherhood and homelessness is portrayed in the 2006 motion picture The Pursuit of Happyness, directed by Gabriele Muccino and starring Will Smith.

Daymond Garfield John is an American entrepreneur, investor, television personality, author and motivational speaker. He is best known as the founder, president, and CEO of FUBU, and appears as an investor on the ABC reality television series Shark Tank. 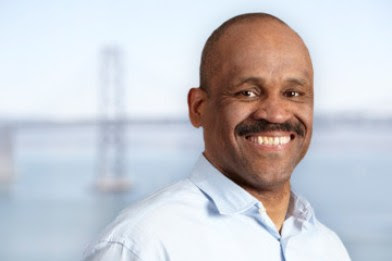 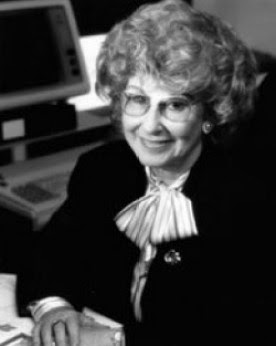 Geraldine Weiss was one of the first women to make a name for herself in finance and to prove that women could be successful investors. She learned about investing by reading books and listening to her parents’ conversations, and also studied business and finance in college.

Despite being a top finance student at the University of California, no investment firm was interested in hiring her as more than a secretary. “It was a man’s world, and women need not apply,” she recalls.

In the face of rejection, she started her own investment newsletter in 1966, at the age of 40. A response to one of her newsletter advertisements read, “I can’t imagine myself ever taking investment advice from a woman. Unless you take your advice from a man.”

Wanting to avoid further gender discrimination, she decided to sign her newsletter “G. Weiss.” It wasn’t until the mid-1970s that she revealed her true identity after achieving a consistently successful track record.

Weiss’s value-based, dividend-oriented stock-picking strategy outperformed the strategies recommended by other newsletters and has achieved above-average returns even in poor markets. She published her newsletter, Investment Quality Trends (IQT), for 37 years until she retired in 2003. The newsletter still exists and still follows Weiss’s strategy.

In 1967, the NYSE was a world where no woman-owned brokerage firm had ever gone before. Siebert changed that. Despite blatant and constant attempts to keep her brokerage firm, Muriel Siebert & Co., from registering with the NYSE, she refused to take “no” for an answer. Unfortunately, her company remains the only woman-owned national brokerage firm on the NYSE today. Siebert passed away in 2013 leaving a rich legacy in finance and politics that continues to inspire and encourage women today.

Saudi Arabia is known for the stifling limitations it places on women in the social, political, and business realms. Olayan didn’t let that stop her. After building an illustrious career in finance rising through the ranks of Olayan Finance Company, a conglomerate of 40 manufacturing firms, she is now the CEO. Despite her heritage, she often faces intense criticism. She does so with grace and strength, and refuses to let the ignorance and oppression of the Saudi government limit her. She serves as a pillar of courage to women in the Middle East and all over the world.

StarVest Partners is a behemoth in the world of venture capital, where Farrington is a co-founder. She’s also served as President and CEO of Victory Ventures, LLC; Chairman of Staffing Resources, Inc; and continues to hold numerous director and committee roles at technology companies, Smith College, and Harvard (her alma maters), and a leading international microfinance organization.

After a successful business career that included stints at Arthur Andersen, GE, and Shell International Petroleum, Abib-Pech struck out on her own. She boldly moved to Hong Kong to write an investment book and founded Lead the Future (LTF), a leadership consulting firm, financial advising, and thought leadership platform rolled into one. High-profile oil and gas companies are among her diverse clients.

Warren Buffett is known for only investing in concepts he can understand. He doesn’t jump on fads and isn’t persuaded by paper-thin trends. Kathy Xu, arguably the most successful investor in China (male or female), is known for her prudence and shrewd decisions. Once she makes an investment, she’s in it for the long haul. Xu started her Shanghai-based private equity firm, Capital Today, 10 years ago and her track record is impeccable. Her latest jewel? The IPO of JD, China’s second largest e-retailer.

Since the last recession cycle started in 2007, hedge funds and their managers have been hammered by less-than-appealing returns. Ratan Capital Management, the firm founded by Chopra, has bucked that trend to the envy of every other hedge fund manager, often returning 20%+. At 35, she oversees $750 million in assets.

There are, of course, many more great African-American and women investors not on these lists, as well as many other investors like Mohnish Pabrai, Carlos Slim, and Robert Kiyosaki.

Is there someone that I missed? Give them a shout out in the comments section!