Over the last year, the beta factor explained 84% of movements in the developed world market– a figure that has jumped to 90% (and higher) over the last month:

Given rising concerns over the Chinese economy, tensions in the Middle East, and the Hermit Kingdom’s (supposed) hydrogen bomb-induced earthquake, it is not surprising to note that it is those stocks with the lowest beta that have outperformed:

Regular readers will note the familiar trend of counter-cyclical groups (like Health Care and Consumer Staples) dominating the overall market and, especially, cyclicals such as the Energy and Materials sectors: 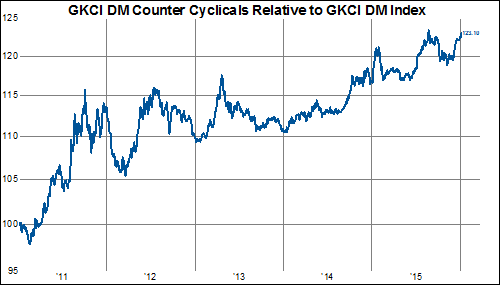 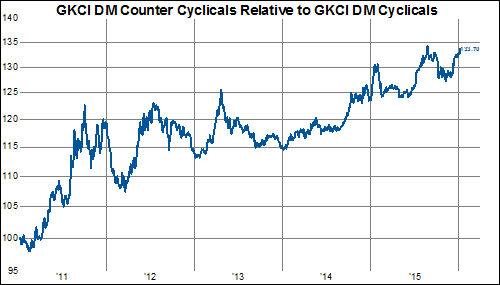 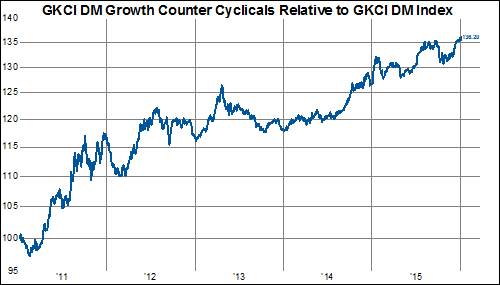 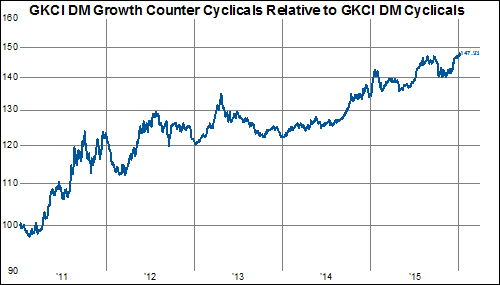 Whether we look at this persistent preference for low beta, defensive names, the generalized malaise in global markets, or the potential for continued M&A in the Health Care sector, any evidence of a tradable change in last year’s trends is (so far) missing in action.