Here’s one for the top-down people.  Top down analysis is a method that involves identifying potential macro trends and then finding the best company to leverage on them. Knowing the technologies that can disrupt industries falls right within their scope.

The Internet of Things

The Internet of Things (“IoT”) is a network of devices that are connected to each other and forms an ecosystem of connectivity. From monitoring the flow of products through a factory to measuring the moisture in a field of crops to tracking the flow of water through utility pipes, IoT allows businesses and public-sector organizations to manage assets, optimize performance, and create new business models.

Singapore’s Smart Nation Programme will rely on IoT. Check out IDA’s video below for a better idea of how IoT can be applied.

Normally, industrial robots pose a threat to workers as they are powerful and are unable to register physical obstructions like human beings. Consequently, cages or barriers are often erected around industrial robots for safety reasons. However, the collaborative robots are expected to change such dynamics.

These next-generation robots are relatively lightweight and dexterous. They are able to work side by side with humans cage-free due to numerous safety features such as collision detection and torque sensing (when it detects an increase in force, such as in a collision, the robot arm safely stops without causing harm). Another novel aspect of collaborative robots is that almost no programming is required for the robot to learn new tasks. Instead, workers can simply guide its arms through a task to physically ‘program’ the activity. This saves time and costs on complex set-ups which are required in traditional industrial robots. The flexibility offered by the ease of trainability is also useful for small companies which need to toggle between small batches of different products. 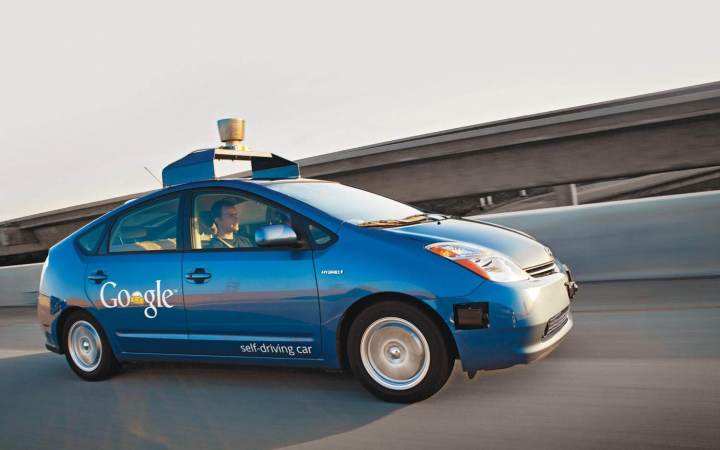 These driverless vehicles are capable of sensing its environment and navigating without human input. Autonomous vehicles feel their surroundings with such techniques as radar, lidar, GPS, Odometry, and computer vision. Advanced control systems interpret sensory information to identify appropriate navigation paths, as well as obstacles and relevant signage.

The race to create self-driving cars has become a gold rush by both automotive and technology giants. Nissan says it hopes to field a self-driving vehicle by 2020. Google has a fleet of test vehicles in California and Nevada. According to McKinsey, since self-driving cars could drop off passengers and then park themselves, parking spaces wouldn’t need to be wide enough to allow doors to open. Insurers would no longer be insuring drivers against their own mistakes, but would have to switch their models to insure against “technical failure.” Also, say hello to robotic taxis.

With 3D printing (also known as additive manufacturing), an idea can go directly from a 3D design file to a finished part or product, potentially skipping many traditional manufacturing steps. Importantly, 3D printing enables on-demand production, which has interesting implications for supply chains and for stocking spare parts—a major cost for manufacturers. 3D printing can also reduce the amount of material wasted in manufacturing and create objects that are difficult or impossible to produce with traditional techniques. The faster time to market also allows manufacturers to hold fewer inventories.

One can see a common theme between most of the disruptive technologies. Namely, they centre on productivity improvement and device interaction via sensors. In the Singapore context, ST Engineering and Keppel DC REIT are some of the names that have been tossed around as beneficiaries of these disruptive technologies. However, this introductory piece is meant for basic idea generation. There is plenty more work to be done before one can determine the appropriate way to leverage on the trends. Your job includes the analysis of value chains and business models within each technology. We, as bottom-up investors, will refrain from undertaking such a task for we are fully aware of its difficulties which deserve an entire article on its own.  We will leave that for another time.