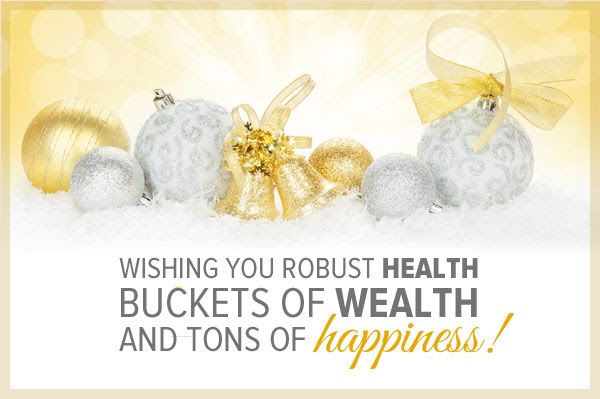 Christmas is my favorite holiday, as I’m sure it is for many of you reading this. We probably all agree that 2015 had more than its fair share of pain and tragedy around the world. But during Christmas, love and charity triumph—if only for a day—helping us recharge as we approach the new year.

I remember accompanying my mum, who was a social worker in downtown Toronto, as she delivered what we call “Star boxes” to needy children on Christmas Eve. Named after the Toronto Daily Star, which still operates the Santa Claus Fund that started in 1906, the purpose of the gift parcels remains the same:  to make sure that no child in Toronto under 13 is overlooked by Santa Claus.

Delivering these packages was more instructive than any textbook. It helped me keep my own family’s financial struggles in perspective and encouraged me to count my blessings. Although we didn’t have much, things could have been many times more challenging. I was grateful to have lots of love and plenty to eat when so many had neither during the cold, snowy Canadian winters.

The experience also showed me that love, family and friends should all be cherished much more highly than any material things. Having money is important, but real happiness can be found only in helping to spread happiness to others. 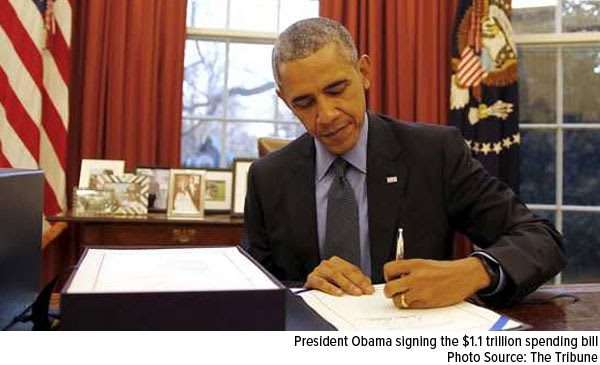 Before we reach 2016, I want to reflect back on 2015. Everyone is talking about interest rates and monetary policy right now, but the role fiscal policy plays is just as important—if not more so. As I always say, government policy is a precursor to change, and very recently we saw this firsthand.

Only a day after President Barack Obama signed the spending deal Tuesday that lifted the oil export restriction that’s been in place since the mid-1970s, West Texas Intermediate (WTI) crude oil rallied $2 and is now trading higher than its European counterpart, Brent, oil for the first time since 2010.

Time and again, when regulations are rolled back and markets are allowed to act freely, we see constructive moves such as the WTI rally. It’s much more significant than a 0.25 percent rate hike.

Along with $1.1 trillion, the bipartisan deal includes $680 billion in tax cuts over the next decade, which should help accelerate the velocity of money and lead to the creation of new jobs. This is a positive development that wouldn’t have happened without the much-needed leadership of the new Speaker of the House, Paul Ryan.

It’s important for investors to follow the money in this case, just as it was important in February 2009 when the $800 billion stimulus package was signed into law. House Speaker Ryan was able to negotiate a reasonable extension to government spending and usher in a substantive tax incentive program as we head into 2016, an election year.

As we head into the final days of 2015, I want to share with you the 10 most popular Frank Talks of the year. Among other things, they tell the story that gold, despite being oversold, managed to hold its value better than many other investments deemed “safe.” I’m optimistic to see what 2016 has in store for the yellow metal.

A growing trend among chief executives of successful companies is to be compensated in company stock rather than cash. In May we learned that American Airlines CEO Doug Parker elected to do just that.
“This is the right way for my compensation to be set,” Parker wrote, “at risk, based entirely on the results achieved.”

9. How These 12 TPP Nations Could Forever Change Global Growth (October 12)

One of the most significant news stories to come out of 2015 was the signing of the Trans-Pacific Partnership (TPP) by 12 participating Pacific Rim nations, the United States among them. Many analysts believe that Vietnam is poised to see the biggest upside potential, as precipitously high tariffs on its important textiles, apparel and footwear exports will vanish. A similar development that’s likely to have huge global consequences is the establishment of the China-led Asian Infrastructure Investment Bank (AIIB), designed as a competitor to the U.S.-led International Monetary Fund (IMF), World Bank and Asian Development Bank (ADB).

Part of the reasoning behind China’s creation of the bank was to firm up the renminbi as a preferred global reserve currency on par with the U.S. dollar. And indeed, in late November the IMF voted to include the renminbi, also known as the yuan, in its Special Drawing Rights (SDR) currency basket.

7. Gold Holds Its Own Against These Media Darlings (August 10)

July 2015 was the seventh-worst-performing month for commodities going back to January 1970. Gold in particular was hit hard. But then in the week ended August 7, U.S. media companies took a huge dive, losing $60 billion for shareholders. Compared to that amount, gold managed to hold up well. 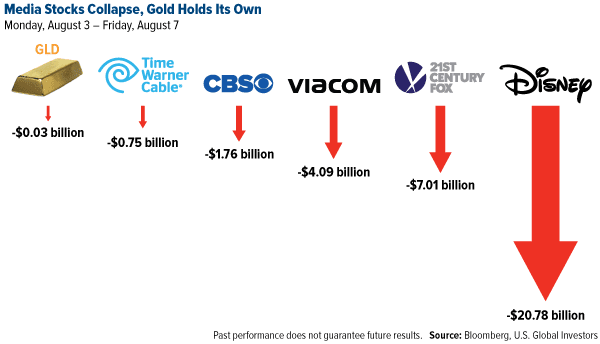 After Switzerland unexpectedly unpegged its currency from the euro in mid-January, it became clear that 2015 would be the year of the central banks. In that month alone, 14 countries cut interest rates and loosened borrowing standards. The U.S. stands as the only major economy, in fact, that has started to tighten its monetary policy.

5. Why We Invest in Royalty Companies (February 26)

One reason gold royalty companies have outperformed over the years is because, simply put, they’re not the ones getting their hands dirty. Their only obligation is to lend capital to the producers. Since its initial public offering (IPO) in 2007, Franco-Nevada, the world’s largest gold royalty company, has torn past both spot gold and most gold equity benchmarks.

In late July, gold experienced its first “flash crash” in 18 months after five tonnes of the metal appeared on the Shanghai market. In what many called a “bear raid,” gold fell through its key support of around $1,150 and began to look extremely oversold. 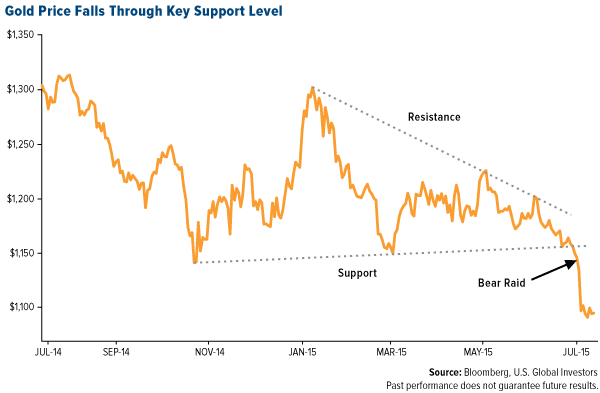 2. A Tale of Two Economies: Singapore and Cuba (March 28)

It’s almost impossible to believe now, but Cuba was once a wealthier nation than Singapore. But in 1959, Fidel Castro and Lee Kuan Yew both assumed power and took their countries in very different ideological and economic directions.

Yew, who passed away in March 2015, emphasizes free trade and competitive tax rates, which helped transform Singapore from an impoverished third world country into a bustling metropolis and leading global financial hub. The world now sits beneath a mountain of debt worth an astonishing $200 trillion. That’s greater than twice the global GDP, which is currently $75 trillion. If we were to distribute this amount equally to every man, woman and child on the face of the earth, we would each owe around $28,000.

More surprising is that if gold—at its June 2015 price level—backed total global debt 100 percent, it would be valued at $33,900 per ounce.

Make sure to check out our most popular interactive favorites from 2015:

To all of our readers around the world, to our investors and shareholders, and to our friends and family, I wish you happiness and good health this Christmas and prosperity in the new year! For the holiday-shortened week, spot gold closed at $1,075.88, up $9.73 per ounce, or 0.91 percent. Gold stocks, as measured by the NYSE Arca Gold Miners Index, rose 5.44 percent. Junior miners underperformed seniors for the week as the S&P/TSX Venture Index climbed only 3.10 percent. The U.S. Trade-Weighted Dollar Index fell 0.79 percent since last Friday. 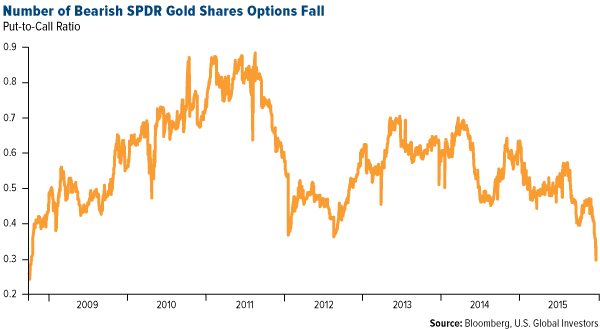 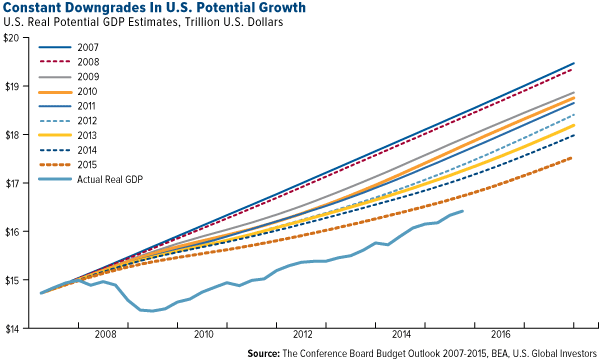 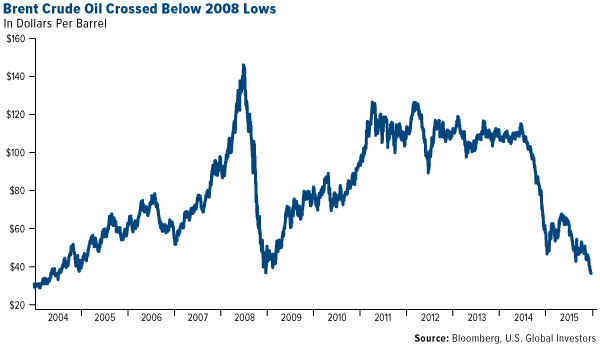