The euro fell 3 cents last week– a significant decline, certainly, but not the most extreme weekly drop witnessed so far this year:

Most of the fuss associated with the rapid retreat of the euro can be attributed to the level of the currency in relation to important levels of recent support. Since the beginning of the year, the currency has been unable to rise back above the 1.16-1.20 range that has provided support going back to 2013. A definitive decline below 1.07 would put the currency back into a range not seen since its inception, or the period from 1999 through 2002. 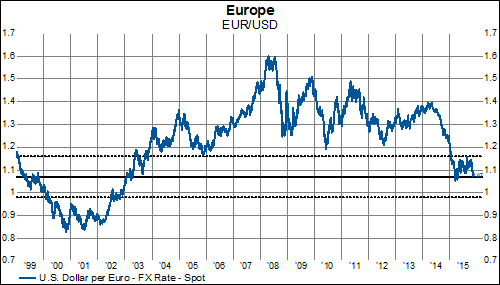 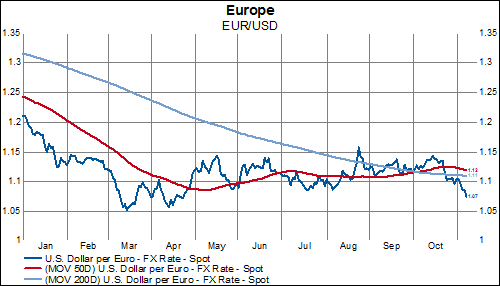 In addition, point-and-figure analysis shows the breakdown out of a historic trading range with little in the way of support for the euro. 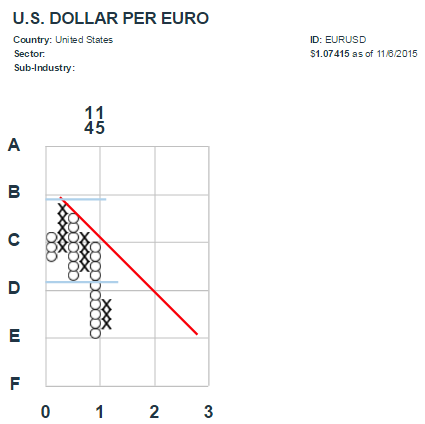 While certainly not the only forces at play here, central bank activities in both Europe and the U.S. seem to be two of the most important. After deviating from its historic relationship with the interest rate differential for a period last year, that correlation has re-asserted itself since the beginning of this year and the euro has declined. Rates in Europe have fallen or remained stable since January while U.S. rates have been more volatile, rising swiftly last week in response to better than expected employment data and Fed commentary indicative of a December target for the first rate hike. 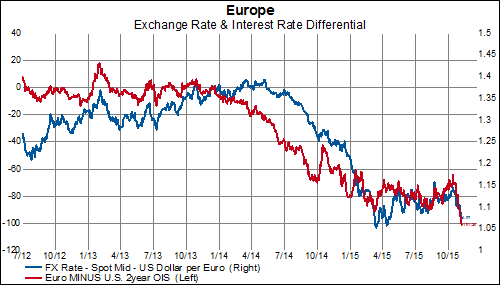 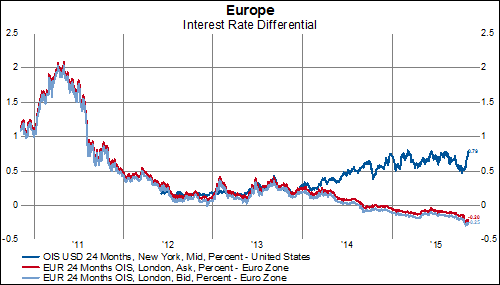 And, while the ECB’s asset purchases may have failed to affect stock prices the way that the Fed’s did, Draghi’s bond purchase program has certainly succeeded in driving the exchange rate downward so far. 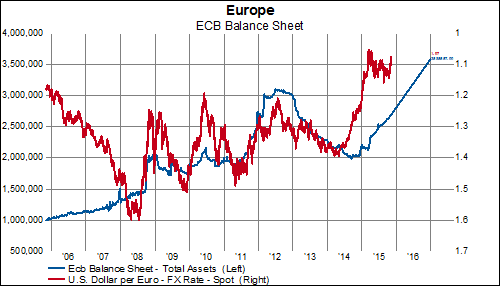 A continued rise in U.S. rates, coupled with an ever larger ECB balance sheet would seem to imply that we should get used to seeing declines like last week’s on a more frequent basis.