ValueWalk
Home Stocks Greek Financials May Have Dominated Since 8/24, But They Still Look Really...

Greek Financials May Have Dominated Since 8/24, But They Still Look Really Ugly by Jennifer Thomson, Gavekal Capital Blog

Those who read today’s earlier post learned that the best performer from the Financial sector since the August decline was Greece. Whether or not that is surprising, we thought we’d give a slightly more broad perspective on the group (comprised of just four companies, all Diversified Banks). Year-to-date, they are down an average of 75%:

Individually, negative and very volatile trends that we remarked on earlier this year in our point-and-figure charting methodology appear to have stabilized somewhat in the short term but are clearly not out of the proverbial woods yet. 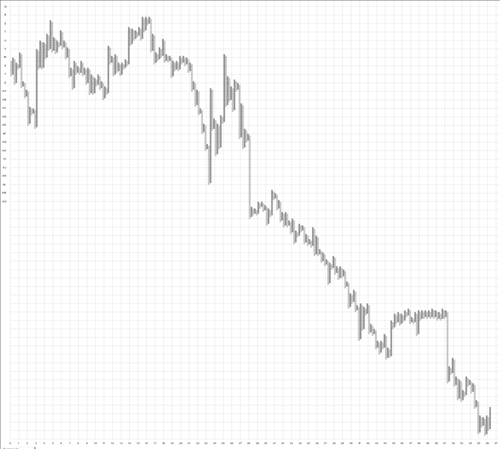 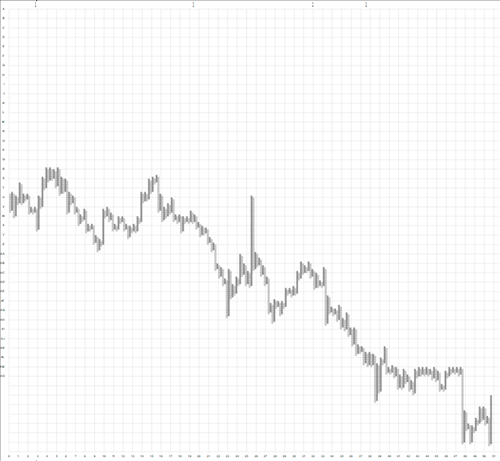 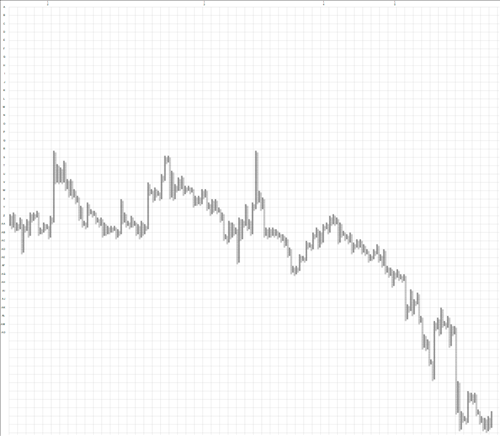 This only helps to re-enforce our view that the bounce in Cyclicals in general is more likely the result of bottom-fishing endeavors instead of a sustained change in market leadership. Notably, strength in the Hyper-Cyclicals group, comprised of the Financials and Information Technology sectors and dominated by Financials (there are only two Info Tech companies in GKCI EM EMEA) already appears to be waning: 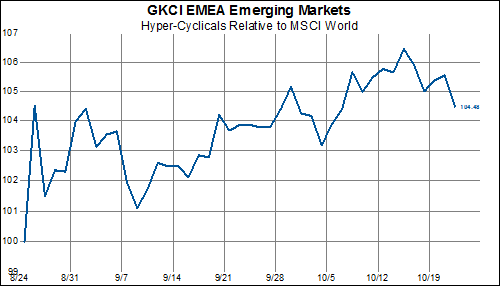