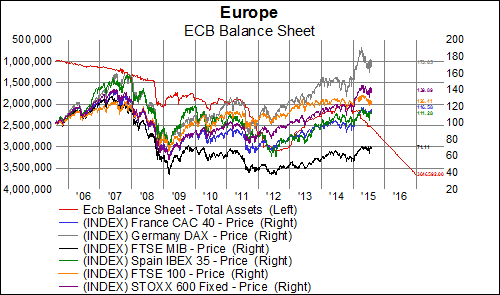 While the relationship with equities seems to defy the implied reflationary intentions of the ECB, that with the bond market is not as surprising: 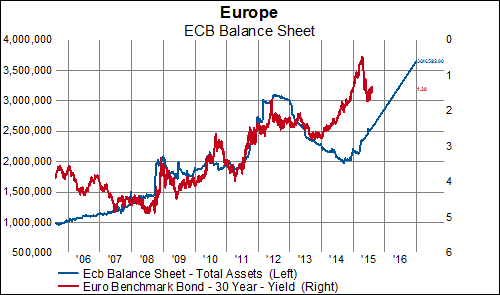 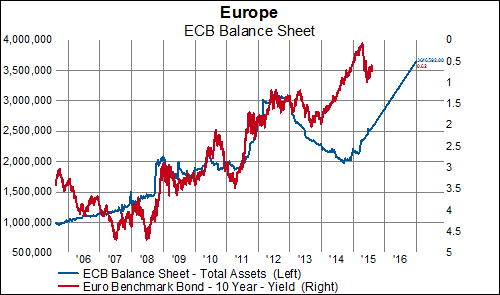 General price trends, as measured by consumer prices in the euro area, have responded positively to the ECB’s reflationary efforts in the past but seem slower to recover this time around: 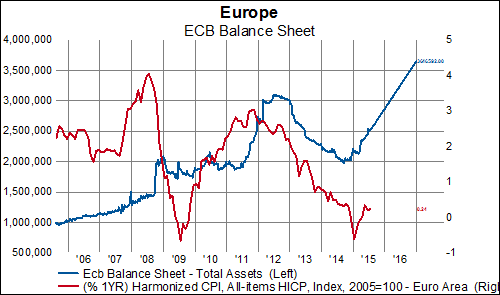 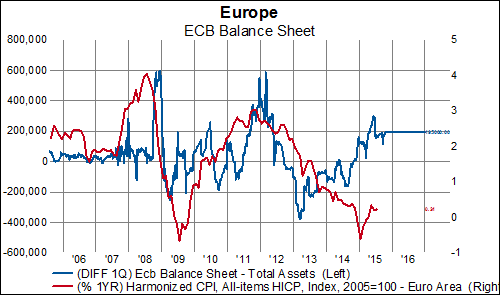 If the relationship with gold were to hold, the ECB’s asset purchases could be supportive for gold prices while the implications for copper are much less clear: 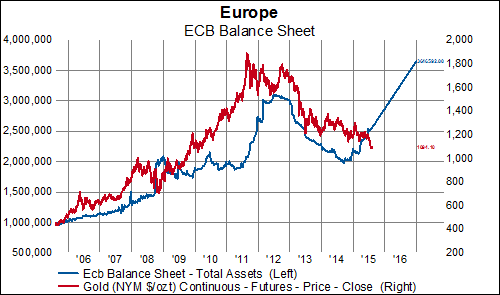 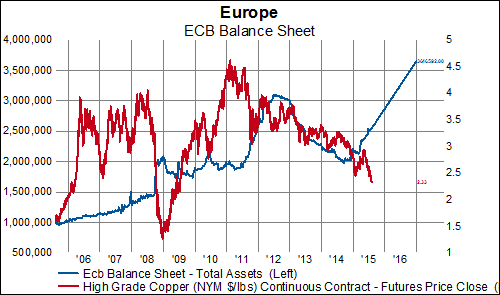 With respect to oil and lumber, positive quarterly changes in the ECB’s balance sheet have typically coincided with declines in price (especially since 2013): 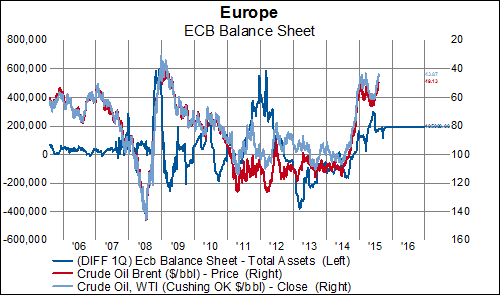 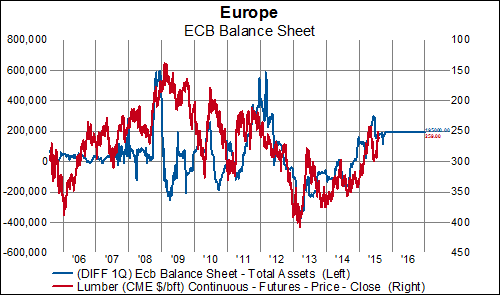 ECB balance sheet expansion in 2011/2012 occurred in the context of sharply higher readings in the VDAX (a measure of the implied volatility in the DAX, similar to the VIX’s relationship to the S&P 500): 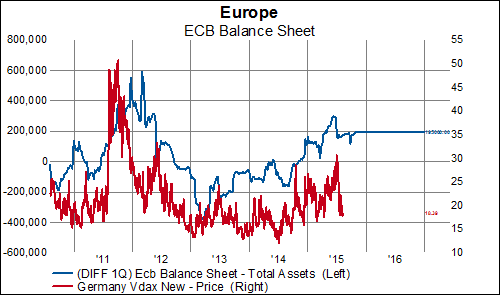 Though lending to households remains near historically low growth rates (1.2% year-over-year in the most recent data, from June), it is noteworthy that this has typically been an inverse relationship where loan growth has declined in periods of ECB balance sheet growth: 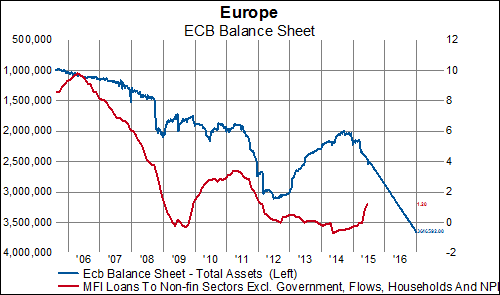 House prices, too, have declined in the face of a growing balance sheet at the ECB: 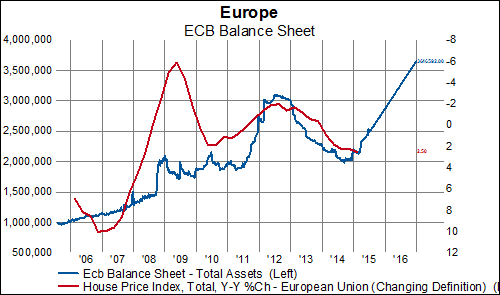 International reserves as measured by COFER data indicate a fall in euros as a percent of total reserves on central banks’ balance sheets, concurrent with a weakening of the euro versus the USD (and in general) during times of ECB balance sheet growth: 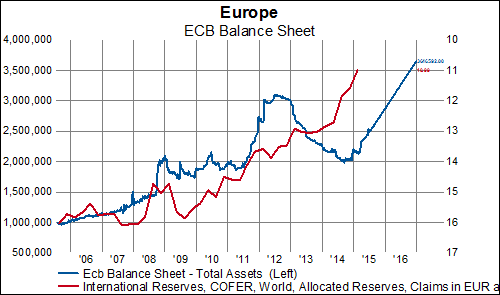 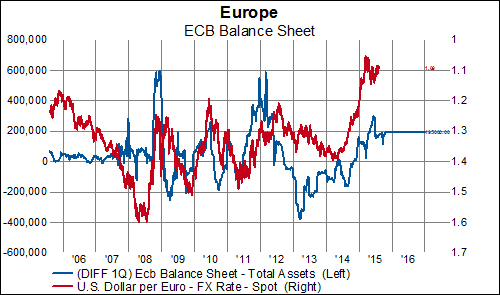 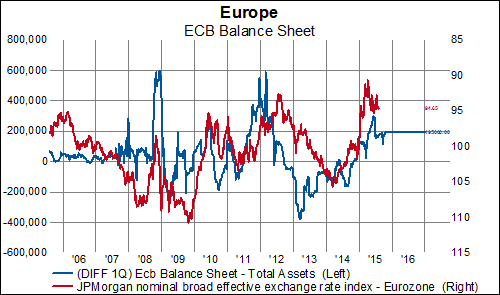 In spite of the expected boost to trade as a result of the fall in the euro, we find that Markit’s Purchasing Managers’ Index for both Manufacturing and Services both tend to decline the the ECB’s balance sheet grows: 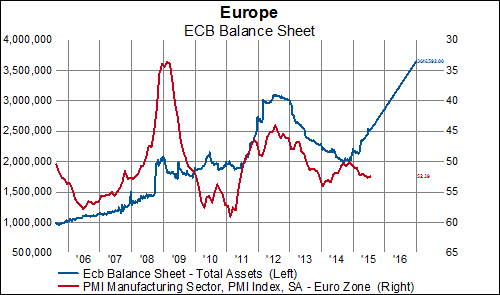 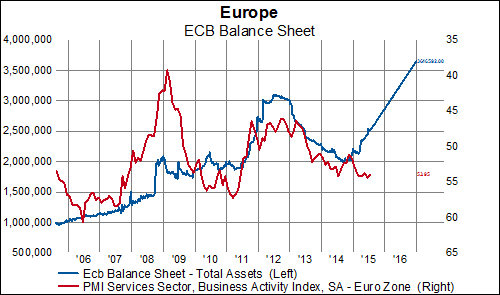 If anything is clear from the above, there is no telling what the final impact of substantial quantitative easing by the ECB will be.  While it makes sense, on the one hand, that bond yields should fall and prices should rise (in general) as a result of these policies, it seems counterintuitive to simultaneously expect equities, loan growth, house prices, and business activity indicators to decline.