As traditionally important markets have moderated their alcohol consumption over the last few years, sales growth has declined from ~5% to just over 3% and European Distillers & Vintners and their Brewer cousins have had to get creative– and focus on growing in different geographies.  Whether it’s adding specific herbs (believed by local people to support better health) or setting up a mobile distillery constructed out of of shipping containers, these companies are currently focused on the best way to dominate in Africa (see full WSJ article here).

Interestingly enough, many (though not all) of our point-and-figure charts for these companies appear to be in the early stages of improvement from what has been a fairly unappealing picture over the last year and a half or so. 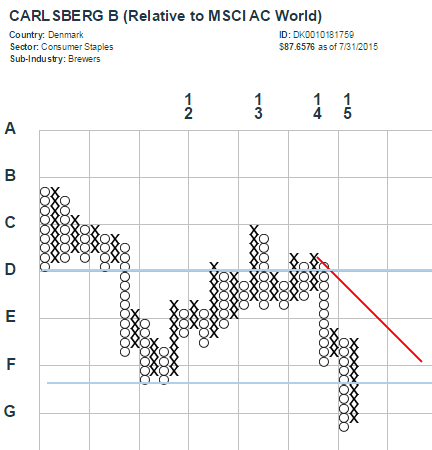 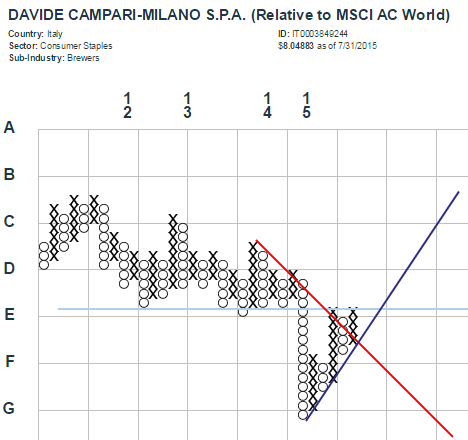 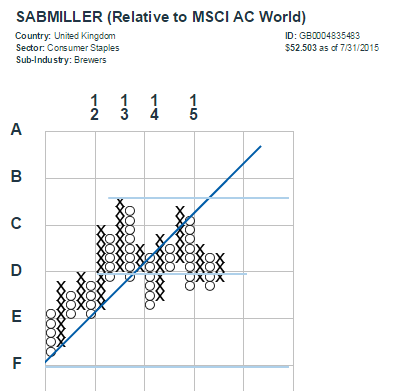 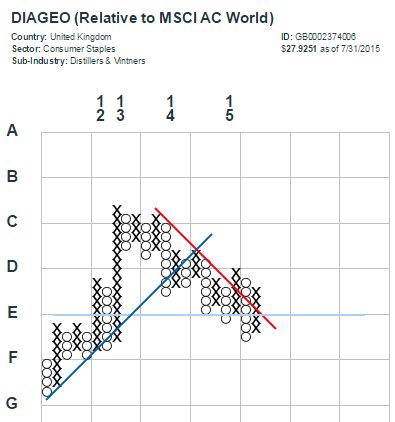 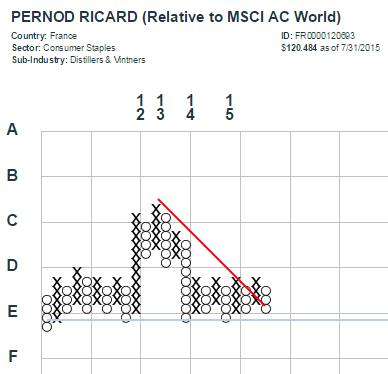 With declines moderating and potential bases forming on a relative strength basis, let’s take a closer look at the fundamentals.  First up: the investment profile.  We find that, of all the sub-industries in the European Consumer Staples sector, Brewers and Distillers & Vintners are number two (just behind Soft Drinks) when it comes to intangible investments in advertising and firm-specific resources:

Which helps to generate a stock of intellectual property equivalent to nearly 5% of total assets on these companies’ intangible-adjusted balance sheets:

As we have seen time and again, this stock of intangible investment tends to produce higher margins and better returns over time: 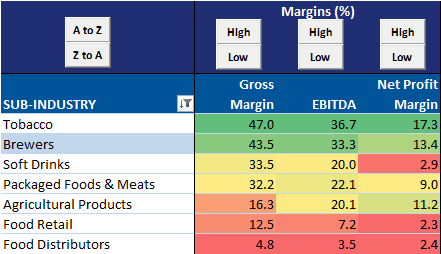 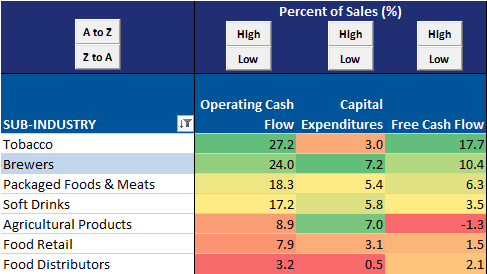 Valuations (intangible-adjusted) are not exactly a screaming BUY at this point– but they are not the most expensive group either: 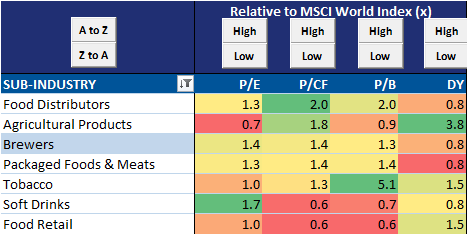 While the group clearly has work to do in order to fully capitalize on its intellectual competencies, it appears to be headed in the right direction and is something worth keeping an eye on.