Reversion to the Mean and Using History as a Guide

What’s going to happen is, very soon, we are going to run out of petroleum, and everything depends on petroleum. And there go the school buses. there go the fire engines. The food trucks will come to a halt. This is the end of the world. Kurt Vonnegut, Jr. in Rolling Stone (August 2006)

It is very difficult to predict energy markets. In thirty-five years in the industry, I have never seen a forecast of the future that has been right. Jim Rogers, CEO of Duke Energy “U.S. Boom Won’t Hurt Australian LNG, Says Duke” (The Australian, 26th February 2013) 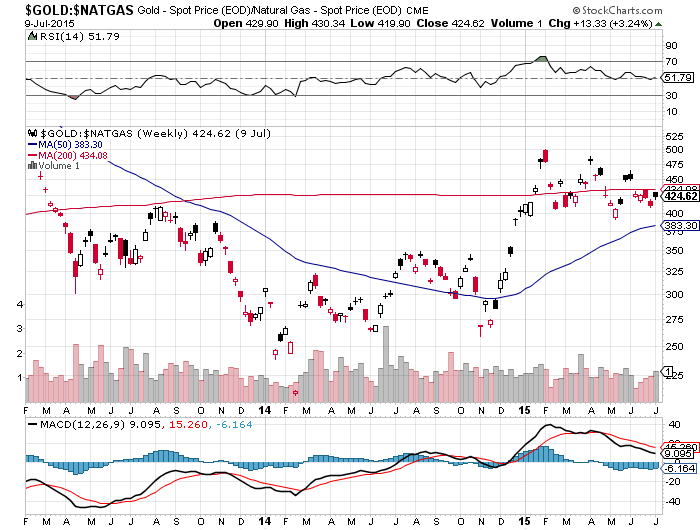 People who purport to foresee, in other words, characteristically “see” the future exclusively through the lens of the present: if today it’s sunny and warm, then they’re upbeat and anticipate that tomorrow’s weather will be even more pleasant; but if it’s presently storming and cold, they are downcast and expect that the gloom will persist and worsen.

On May 6th, 2008, when the price of Brent crude was $125 per barrel and had doubled during the previous 12 months a Goldman Sachs analyst:

“I would suggest that the likelihood of that happening sooner has increased tremendously … sometime in summer,” Jeffrey Currie told an oil and gas conference in the Malaysian capital, referring to oil at $150 a barrel.

Goldman Sachs, the most active investment bank in energy markets and one of the first to point to triple-digit oil more than two years ago — a once unthinkable level — said last month oil could shoot up to $200 within the next two years as part of a “super spike.” Oil to $150 to $200 a barrel, May 2008

Quite the contrary: during 2009 it collapsed below $50–and within a few years it doubled. 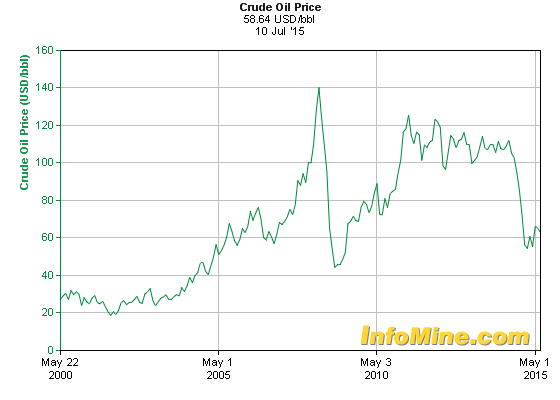 Don’t take “expert” opinion seriously and the blunt truth is that neither you nor I nor anybody else can know the economic and financial future. Yet investors must ACT TODAY in light of their expectations–however misplaced–about tomorrow.  So what do we do?  What’s happened historically can OCCASIONALLY (not always) provide credible clues about what might subsequently occur.

To learn more,  a must read: jul15_newsletter RTM.

The author combines a fundamental understanding of the supply/demand dynamics of oil (inelastic supply/demand) and the past history of oil prices. It is that COMBINATION that helps with expectations.

Take the time to understand his analysis of RTM in the oil market. It is an expectation not a prediction.  A supplement to this might be: Pzena on oil 4th Q 2014 (the marginal cost producer in oil).

My attempt at gold: Estimating Where Gold will go using history as a guide

Gold prices are, in my mind, more difficult to analyze since the production of gold does not influence price because the stock to flow ratio is so high (180,000 tones to 2,500 tons per year). The reservation demand for gold is what drives the price. Does gold mining matter? For an analysis of gold: In Gold we Trust 2015 – Extended Version (e)

Also, see gold-when-will-it-crash-again  The author believes that gold is a commodity that went into a bubble and, like 1980, will decline 65% to below $700. 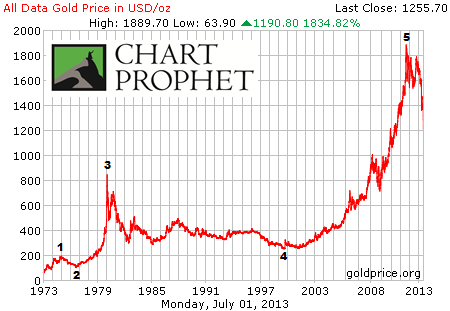 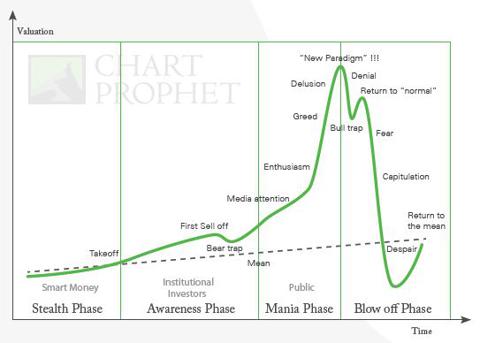