Keeping in view the Fed and monsoon uncertainties, the Reserve Bank of India to hold interest rates the same this year and cut 50bp from them early in 2016, suggest analysts at Bank of America Merrill Lynch. Abhishek Gupta and Indranil Sen Gupta point out in their June 11 research note entitled “India in Focus” that the impact of the recent heavy rains on Reserve Bank of India policy is waning.

Progress of monsoon is behind schedule in India

Tracking India’s monsoon closely, the analysts note that rains have been normal from June 1-9. As highlighted by ValueWalk, the Indian Met office has forecast a deficient monsoon season at 88% of normal rains this year:

Even though the Australian Met anticipates a far more intense El Nino, Skymet argues that the four El Nino years between 1953 and 1963 experienced normal or above-normal rainfall.

However, the BAML analysts prefer to wait for the sowing months of July-August for a better picture. The following table sets forth only a marginal uptick in food prices in May and that prices haven’t yet reacted significantly to the recent unseasonal rains of March-April, though pulses inflation has been rising steadily:

Focusing on the delayed monsoon, Gupta and Gupta point out that the progress of the monsoon is running behind schedule:

The analysts believe the present Modi government would prefer to use supply-side measures rather than monetary policy action to fight rain shocks. They note that the Ministry of Finance-Reserve Bank of India agreement provides monetary policy nine months to redress any breach of the 2-6% band to take care of rain shocks.

Drawing attention to their oft-repeated assertion, the analysts note thst then-RBI Governor Bimal Jalan trimmed rates during the 2003 drought in the previous BJP government of 1998-2004.

Interestingly, present RBI Governor Rajan himself has acknowledged that despite very weak rain in 2002-2003, the country experienced very limited inflation, partly because of government action. He indicated a wait-and-watch approach before all these factors play out.

The BAML analysts expect the RBI to pause now in 2015 and trim 50bp from interest rates early in 2016 in view of the Fed and monsoon uncertainties. However, the analysts prefer to review their August pause call after the June 17 FOMC meeting to get better clarity about the rains. Interestingly, the BAML analysts believe RBI could cut 25bp even in August in the event of the Fed delaying and rains turning out to be normal. 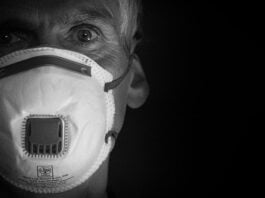