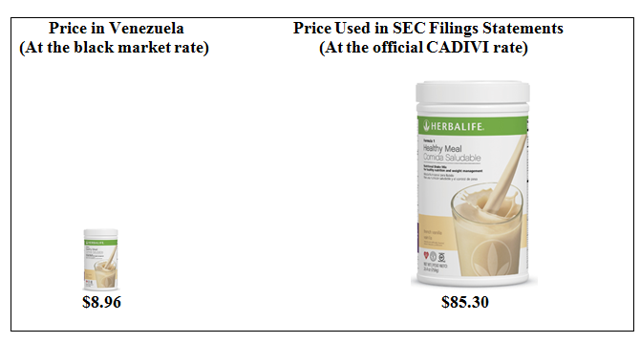 Ricard points out that despite economic chaos in Venezuela including capital controls, a debased currency, rampant inflation and rationing of goods – Herbalife Ltd.’s (NYSE:HLF) business was somehow growing rapidly in Venezuela. Sales were up an astonishing 118% in 2012 and an additional 88% in 2013. Herbalife’s sales continuing to grow despite the increasing economic instability in Venezuela defied  all logic.

The bubble finally burst on July 28, 2014 when Herbalife missed Q2 earnings expectations for the first time since 2008. HLF management blamed Venezuela where sales were off 40% in the quarter. Ricard, however,  highlights that trade data for Herbalife’s U.S. exports to Venezuela show an even greater drop off. In 2013, Venezuela imported 2.3 million kilos of Herbalife goods. Through June 30, 2014, Venezuela had imported a mere352,625 kilos. Assuming the trend continues, this means Venezuela will only import 800,000 kilos of HLF goods in 2014, a massive dropoff of 65%.

Venezuela accounted for around 5% of Herbalife Ltd. (NYSE:HLF)’s total sales over the last year, but the country is very important to the overall business. Six of the firm’s approximately 60 Chairman’s Club members (at the top of the Herbalife marketing plan earning millions of dollars a year), and these leaders have been a big part of the expansion of the company’s Nutrition Club business across Latin America and in the U.S. 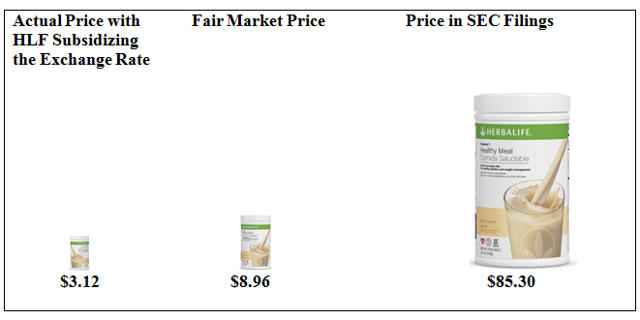 Ricard argues that Herbalife took advantage of the fact there are currently four exchange rates in Venezuela in its accounting. She says the most unrealistic exchange rate is the government’s CADIVI/CENCOEX rate – 6.3 bolivars to the dollar – which is only available to firms importing essential goods, and HLF used this rate in its accounting. Moreover, the firm used this rate to calculate revenues, earnings and assets until March 31, 2014, although it could not convert any more than trivial amount of bolivars into dollars at this rate