The Fed keeps moving their targets when they originally thought it was a good idea to provide forward guidance for markets, then when that guidance was met, they started moving the targets in order to justify pumping more liquidity and stimulus into the financial system for the benefit of the Big Banks.

So the Fed came up with this ‘slack in the labor force’ argument helped of course by Wall Street or should I say the big banks in this country that are benefitting immensely from maintaining the status quo of easy money from the Federal Reserve. After all it is the banks who came up with this idea of ‘slack in the labor force’ to push the Fed to continue more stimulus, they run the show, yes you got it the bankers run the Federal Reserve. They cry and wine for easy monetary policy, tell the Fed what to focus their attention on regarding pseudo economic issues, and the Fed does their beck and call, the Federal Reserve is about as independent as the drug testing authority presiding over Lance Armstrong’s Tour de France reign.

The Tail Wags the Dog

It is so bad that basically the Federal Reserve has become the lapdog of the big banks in this country so when the employment target starts to get hit, when the inflation target gets hit, when the economic targets get hit, go to the ole undefinable, mystical, hard to quantify ‘slack in the labor force’ card to justify not raising rates when we are producing more jobs in the country than at any time in the last 17 years. And mind you this included the robust tech explosion, the housing boom, and the credit booms of the last 17 years, and we never created this many jobs on an annual basis, and the Fed Funds Rate wasn`t zero, or 1, or 2% but 5.5%. What the hell is going on at the Fed, they cannot seriously believe policy is anywhere near where the economy is actually performing when compared to any other time in the entire history of the economy and the Federal Reserve Monetary Oversight Function!

What does it really constitute?

So let`s talk about this mercurial ‘slack in the labor force’ participation rate what the hell does it really signify, and how does it relate to the actual real time job market. The idea is that the economy has been so bad that a bunch of workers became so discouraged that they stopped looking for work, left the workforce entirely for six years mind you, and once the labor market gets significantly tight, employers will be forced to raise salaries, lower hiring standards, change the requirements of the positions, or retrain workers which will bring these people back to the land of ‘Documented Employed Workers’.

But there are tons of unfilled jobs [Job openings hit 4.7 million in June, vs. 4.6 million in May]

all over the country right now for many skilled positions, in fact employers are saying that they cannot fill many of these positions because the market is ‘fully employed’ for these types of jobs, and that there is a large gap between the skills required by the position, and the skillset of the applicants. So large is this gap, like for example a financial analyst position with accounting experience and job applicants with an art or psychology degree and no accounting experience on their resume. These companies don`t loosen their hiring standards, the position just goes unfilled, and resources are shifted internally to make it work at the company, often meaning other growth projects are dropped to cover the basic reporting needs of the company.

Another aspect is what does the Fed think these ‘slacking workers’ have been doing for the last six years, how have they been surviving, what have they been doing for money to live, how have they managed to remain healthy enough to be counted as ‘employable’ and maintain a source of income for six years to sustain themselves? Does the Fed believe all these people are on some form of government support? And that this level of government support is incentive enough not to work in the multitude of skilled, high paying jobs that go unfilled at companies all over the country? That once wages go up even further, then these people will jump off of government support, and take these higher paying jobs? Remember they are on government support, how much does that pay per month versus jobs at the current rate of wages?

Structural Changes in US Culture

Maybe these individuals in part have gone from two income households to one income, and take care of household responsibilities; maybe these people have made lifestyle changes where they no longer need to work, maybe these workers have actually retired altogether from the workforce, in essence taken early retirement or alternative sources of income that are cash based, underground and not documented in the system. Something is sure happening for six long years, and these people either shouldn`t be counted in the system, as they have left the workforce pool forever or they are just fine with their level of compensation for not being in the labor participation pool for 6 long years. 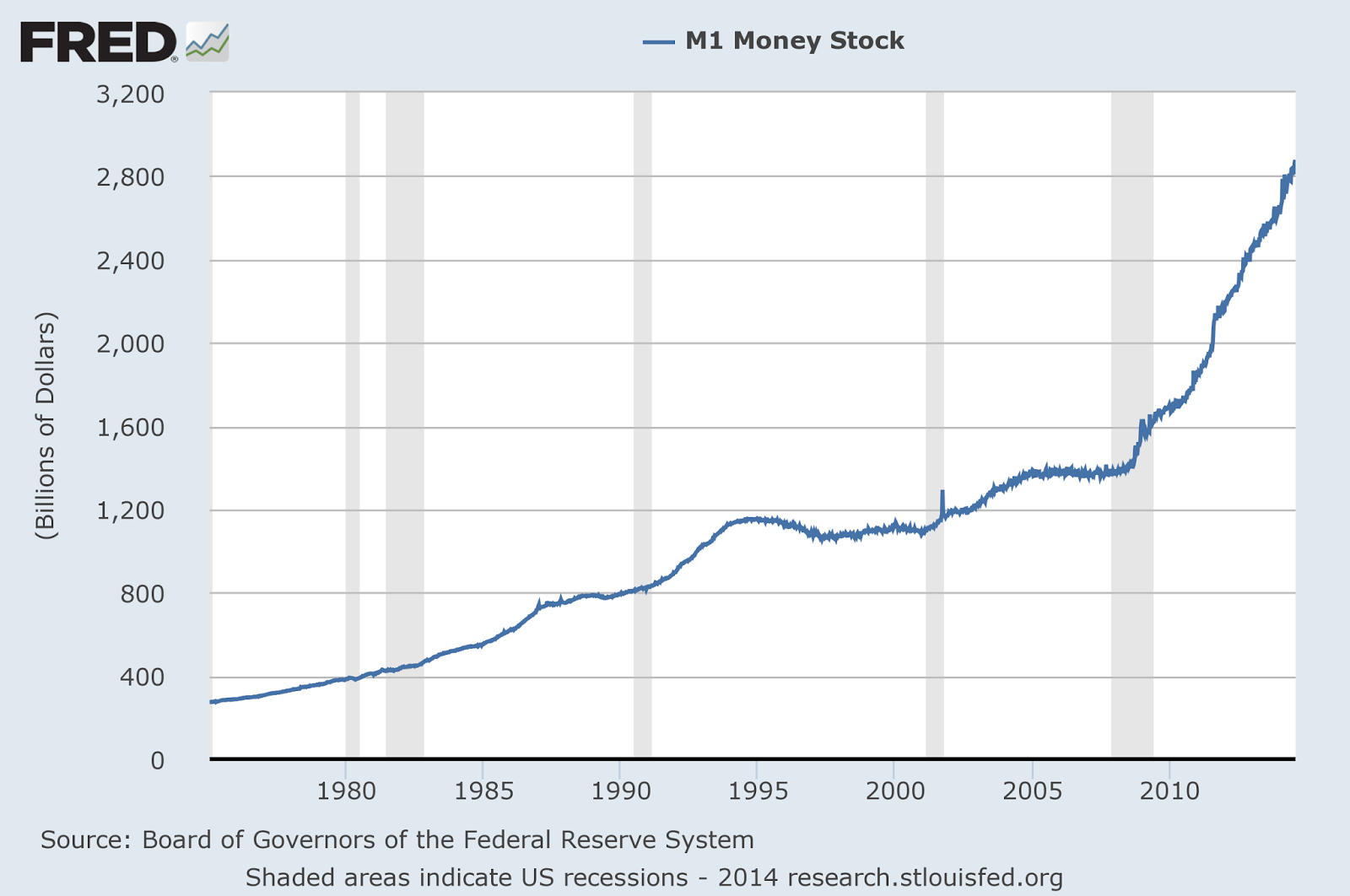 The point is that another six months of Fed stimulus isn`t going to magically change anything, these people are not magically going to be employed after 6 years of not participating because the Fed keeps the Fed Funds Rate at 25 basis points versus 100 basis points.

Who does Cheap Money Really Benefit?

This is pure and simple an excuse to funnel more cheap money to the big banks so they can carry yield trade their way to bigger Hampton Mansions and pay ‘15 Billion Dollar shakedowns’ to the Justice Department. Is there any big bank in this country that hasn`t paid at least 8 Billion to the Justice Department over the last 12 months? Where do you think this money is coming from, in essence the Federal Reserve`s 25 basis points cheap money.

This is a payola scheme that would make record companies proud in the glory days of radio, the Fed gives cheap money to the banks, the banks lever up on yield plays, push down interest rates, make tons of risk-free profits. And then the Justice department asks for a cut of the profits under the guise of mortgage misdeeds that occurred 10 years ago with companies that the same government begged these companies to take over, and mind you all caused by low interest rates and cheap money doled out by the Greenspan Federal Reserve era, and everybody lives happily ever after.

Of course, until the mess needs to be cleaned up all over again because the Fed kept interest rates ridiculously low relative to the normalized recovery in the economy for six long years, and probably four years too long as there are massive bubbles in many asset classes, that 15 years from now the Justice Department will be shaking down big banks again for ‘market misdeeds’ of taking unsafe leverage risk bets all because of irresponsible Fed Monetary Policy.

The Labor Participation Rate…Really? Are you serious? What do you think Janet Yellen, that employers are going to just ‘overlook’ a six year void on applicant`s resumes? This isn`t how the job market works, if people haven`t participated in the work force for six years, they are for all practical purposes on the whole not coming back to the workforce, and definitely should not be the crucial determinant of Fed Monetary Policy that effects 95% of the employed population in this country.

Does Janet Yellen really believe that another six months of 25 basis points interest rates mean that in this window all the companies will create jobs, in fact tailor new jobs just for these individuals who haven`t been participating in the economy for the last six years? Even if they did the participants who haven`t been in the labor force for six years wouldn`t get these jobs, the job market is too real time for this, what would happen is there would be a reallocation of existing employed labor, i.e., some professions would lose workers and others would gain.

For example, the consultant business would lose employees to fortune 500 companies, so in essence we get a tighter job market in terms not necessarily in an enormous spike in wages, but certainly some spike, but a tightening in terms of quality, i.e., all things considered such as travel and hours ‘Company Jobs’ are better than ‘Consultancy Jobs’. So in a sense, tighter job markets and a reallocation of the existing labor pool determines winners and losers in business, and overall labor sourcing strategy. Firms move away from consultants because of the need to poach talent for their own needs, less business for consultants because they lack the pool of qualified experienced labor to provide a competitive advantage for companies. But the Fed`s focus on the Labor Participation Rate with regard to an enormous slack in the labor market justifying depression level interest rates is absurd and just plain bad policy!

This concept and methodology is so flawed on many levels that especially given the academic background of Fed members and Janet Yellen herself; it wouldn`t even stand up to peer review in an academic journal, it isn`t defensible on any rational measure of intellectual integrity. Furthermore, given that loose monetary policy caused the last several financial and economic collapses in this country, and the entire bond market is an absolute bubble right now, with stocks routinely 2 and 3 standard deviations from their normal trading ranges over the last 10 years, this is just another financial disaster waiting to happen. The empirical evidence is already in on this issue of excessively loose monetary policy and its catastrophic consequences – why would Fed officials make policy decisions on the side with no empirical evidence to support their case.