ValueWalk
Home Business Were European Bonds Mispriced in 2012 Or are they Now?

Were European Bonds Mispriced in 2012 or are they Now? 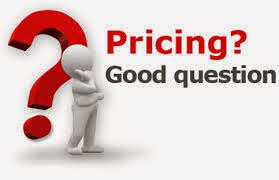 How to properly value European Bonds
This seems to be the biggest question in financial markets for me right now because the math just doesn`t add up any way you slice it. When you look at the pricing for European bonds this conclusion jumps out from an analyst perspective, either European bonds were analyzed and incorrectly priced two years ago, or they are currently being analyzed and mispriced today!
Possible Explanations for Large Valuation Gap
SALT New York: Canyon, Mudrick, Fortress And Sculptor On Finding Distressed Value

One might say it is a little of both, the yields shouldn`t have been that high two years ago, and they shouldn`t be this low right now. However, the gap is just too large from a valuation standpoint to hold much water or relevance here. The next possible answer is that central banks have made interest rates for borrowing money so low that this has incentivized bondholders to accumulate more bonds in search of a yield vehicle to invest this ZIRP Money.

Also, the US QE Program of $85 Billion per month, much of this money may have found its way into the European banking and financial markets further incentivizing liquidity driven asset purchases of all kinds in Europe. But remember, Europe itself has done very little besides the main weapon of ZIRP compared with the United States, and these are European bonds we are talking about. But if it just comes down to ZIRP offering enough of an incentive to buy what were perceived as risky bonds for investors just two years ago, why weren`t these yields much lower as soon as ZIRP began in Europe?
One answer might be that there was a scale issue regarding liquidity, and ultimately there was a lag effect, until liquidity reached a certain threshold, first of filling the deleveraging credit gap, then there is enough to spill over into alternative investments like chasing yield trades. However this two year period also happened to correspond with the $85 Billion QE policy in the United States, and this seems to have been some of the catalyst for ditching investments like Gold in favor of Yield Investments. There is also this ‘Binary Mentality’ in financial markets in evaluating an investment risk or trading strategy, it is ‘Risk On’ or ‘Risk Off’, ‘Yield On’ or ‘Yield Off’, or European bonds are ‘Safe’ or really ‘Risky’.
Fundamentals in Europe Haven`t Changed

However when you look at the fundamentals and compare them to 2012 things haven`t really changed that much in Europe from a ‘getting their financial house in order’ standpoint, and their economies aren’t exactly booming, so these bonds seem as risky now as they ever have been from a solvency standpoint. I realize that the higher yields feed on themselves and make Europe`s outlook worse by some metrics, and that lower yields help alleviate near-term financing concerns from an interest on debt perspective, but the moves in these European bond yields just don`t make sense on a valuation standpoint, who would buy these bonds at current prices and yields? [Moreover, lower yields may be bad because it allows the governments to put off the much needing structural reforms that are necessary for fixing Europe in the long run.] The possible answer is that banks think that they can front run central banks, beg for QE, and get the central banks to take these bonds off their books.
How Big can the ECB Balance Sheet Really Get?

But remember Europe hasn`t really done any bond buying program, and it really seems like a big risk to take with your only real out being that Mario Draghi can convince policy makers to buy European bonds in any sizeable scale to make all these bonds good values here. The scale is enormous because the amount of debt that Europe needs to sustain their deficit spending weak economies that are not very competitive from a global standpoint outside of Germany is enormous each year. Furthermore, the ECB is really going to buy “all of these European bonds” from Italy to Belgium? The math doesn`t add up, just think about the Fed`s 4.5 Trillion dollar balance sheet, how big would the ECB balance sheet need to be to have any real impact in buying all these bonds from the banks that currently hold them?
What Will Germany Sign Off On?
Would Germany really sign off on this even if it was potentially possible to buy even half the bonds of these European countries? This just seems ludicrous and I hope this isn`t a real investment rationale for buying all these European bonds, that the ECB is going to take them off their hands regardless of price. The other explanation is that these bond investors think they can get out quick enough, make enough money before ZIRP and the market reverses itself, and basically dump these bonds back onto the market without getting hurt.
However, when you calculate the magnitude of how many bonds were bought all across Europe with deficit spending needed to sustain largess social governments, taking yields down from such heights just two years ago, this is a lot of bonds that will have to be dumped onto the market, what effect is this going to have regarding a tremendous spike in yields during this process?
Paper Gains on Bank`s Balance Sheets Likely to Reverse to Actual Losses Again

Remember so far these banks and financial players have gained ‘paper gains’ on their books, they of course book the yield profits, but these are small relative to the price moves in these bonds. However the bonds are still on their books and nothing has changed in Europe and in reality many of these ‘paper gains’ on the books will reverse themselves. In many cases any financial institution who bought bonds over the last year in Europe at extremely high historical prices relative to recent history and the dire fundamentals of Europe from a debt to GDP standpoint is going to incur massive losses on these bonds that make the banks themselves extremely vulnerable to collapse. Basically needing to be bailed out all over again, i.e., the collapse of the Spanish Real Estate market, and the after effects of all this bad debt on bank`s balance sheets who had exposure to the overbuilding in Spain.
The Problem with Accumulating Assets without regard to Fundamental Value means these Assets are Forever Stuck on the Bank`s Books – Nobody will buy them when they need to sell

But based just on the fact that bond investors have no real clue what any of these bonds should be priced at just in a two year period, I have no confidence that their models over a ten year time period have any validity or insight regarding valuations and sound investment decisions. It seems more likely that somebody in Europe is going to have to take huge haircuts on these bond positions, as unlike Japan Europe relies on external funding for these bonds. It seems like the likely scenario is that yields start rising slowly at first with the extinction of the massive US QE program in October by the Federal Reserve. And pick up steam as the ECB cannot deliver relative to the expectations already priced into European Bonds, and then the technicals take over fueled by the reality that Europe was never fixed. This leads to the same scenario for these bonds getting ‘re-priced’ back into the bond market that we had just two short years ago. That most of these bondholders will have to take massive haircuts on these positions, and in two to five years European bonds are back pushing the upper limits of yield once again on an increased insolvency risk profile or EU breakup entirely.
The German Bund is a Long-Term Short over 10-Year Duration
But the one thing that is certain is European bonds are not properly priced today on any scenario. There is a high probability that these bonds are completely worthless in ten years for some of these countries, the math just doesn’t work out in some of these peripheral countries. The German Bund also looks like a short at least back to 1.2% from the current 0.88 % yield for the 10-year duration as the market has really gotten ahead of itself in a slow summer, and as markets often do overshoot based upon one-sided momentum trading.
European Bonds Biggest Bubble in a World of Mispriced Assets
I would also reiterate that most of these European bonds are massive shorts, just take positions, be able to stay in these markets for ten years, and most of these bonds are going to ‘re-price’ back to the fundamentals of Europe and a sustainable risk profile. Any investor buying European bonds at these prices is going to lose money on this investment when they have to sell these same bonds in an escalating yield environment.
More Money Has Been Lost Chasing Yield the last 10 Years than any other Investment Strategy – Yet it Remains one of the most popular – so much for “Prudential Regulation” Janet Yellen as being an Effective Tool for Containing Risk to the Financial System
Remember you haven`t made money on a trade until the position is officially closed out, good luck buying European bonds in the biggest bubble of the vast universe of bubbles that currently exist in the financial universe that we find ourselves in due to incompetent Central Banks, matched only by incompetent governments who spend more than they can possibly take in regarding revenue, all cheered on by irresponsible banks who want their investment risk subsidized by others. I am a finance guy, and the math ultimately has to make sense, and it just doesn`t make any sense in Europe, and unlike the United States, the margin of error for Europe is not nearly as big to fall back on!