Sachem Head Capital Management made waves last year when it raised over $800M within four months of launch. Run by Scott Ferguson, who was Ackman’s first analyst at his Pershing Square fund and later made partner, Sachem Head was reported to be styled after Marcato Capital Management. Expecting to invest on a long basis in eight to 16 positions, Sachem Head focuses on North America and avoids commodity-driven businesses.

Calls for sale of Helen of Troy (HELE)

Sachem Head accumulated 1.2M shares of consumer brands company Helen of Troy Limited (NASDAQ:HELE) and on February 4, wrote to the company management outlining its belief that “Helen of Troy shares are materially undervalued,” and “highlighting the Board’s apparent unwillingness to respond to recent inquiries regarding potential strategic combinations, and recommending actions for the Board of Directors to undertake to maximize value for the shareholders, including a thorough and legitimate review of strategic alternatives.”

The letter said Helen of Troy Limited(NASDAQ:HELE) shares were significantly undervalued due to poor governance, an underutilized and under-leveraged balance sheet and the understated cash-generating power of its business.

Sachem Head also claimed in the letter that the company paid excessive CEO remuneration, had “strategic assets that are highly attractive to potential acquirers” and that its unique offshore corporate structure was a hidden asset.

The letter also contained the following charts in support of the claims.

The letter also revealed that Sachem Head had conducted discussions on the above issues with Helen of Troy Limited (NASDAQ:HELE) management in November 2013.

The letter went on to allege: “Sachem Head has specific knowledge of at least one inquiry to the Board in the past two weeks from a well-respected company with financial resources and a proven acquisition track record that was rebuffed. Further, Sachem Head has reason to believe that there may have been similar approaches from others.”

In an abrupt decision, Helen of Troy Limited(NASDAQ:HELE) announced last month that Gerald J. Rubin resigned from his positions as CEO and president of the company and had been replaced by Julien R. Mininberg as CEO, effective March 1, 2014. The stock surged to a new high after the announcement of the succession.

Yesterday, the company’s board authorized a buyback of $550M of its outstanding common shares out of which $300M would commence immediately via a modified “Dutch Auction” tender offer.

“The Helen of Troy Board has been engaged in a thorough and ongoing evaluation of opportunities to enhance long-term value for shareholders,” said Timothy F. Meeker, Chairman of the Board. “Utilizing our strong balance sheet to fund a significant share repurchase provides immediate and continuing benefits to shareholders and underscores our confidence in the Company’s current strategy and future growth potential.”

The annotated chart below shows the effect, apparently, of Sachem Head’s activism.

These Are The 10 Biggest Private Landowners on earth 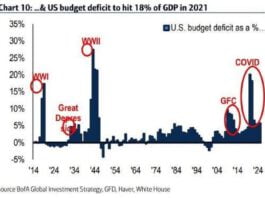 GameStink! The Stock Is Headed To $20 – Tilson