Hottest links for Monday, February 10th, the late edition. Get our free daily newsletter and never miss a single linkfest. Also, now if you sign up you will get our new e-book on value investing.

Top stories for today are included below.  To kick off your work week, we’ve got a slew of fascinating stores, including a great piece on John Templeton, an ETF tsunami in the works, and Soros pocketing another few billion.

Reflections on Thinking, Fast and Slow

I recently finished Daniel Kahneman’s “Thinking, Fast and Slow“.  It is essentially a psychology book published in 2011 that a number of people referred to me. [ContraSpin Capital]

Sir John Templeton is one such figure. Templeton wasn’t a WASP: born and bred in rural Tennessee, he was too plebian ever to fit in with the yachting set at Bar Harbor, and too intellectually superior to want to do so in the first place. [Eddy Elfenbein, Crossing Wall Street]

Well, firstly, the stock price of Energiedienst Holding AG (SWX:EDHN) (OTCMKTS:ERSTF) dropped a further -25% form around 38 CHF to currently around 29 CHF. So just from the pure valuation point of view, the stock clearly looks cheaper: [Memyselfandi007, Value And Oppurtunity] 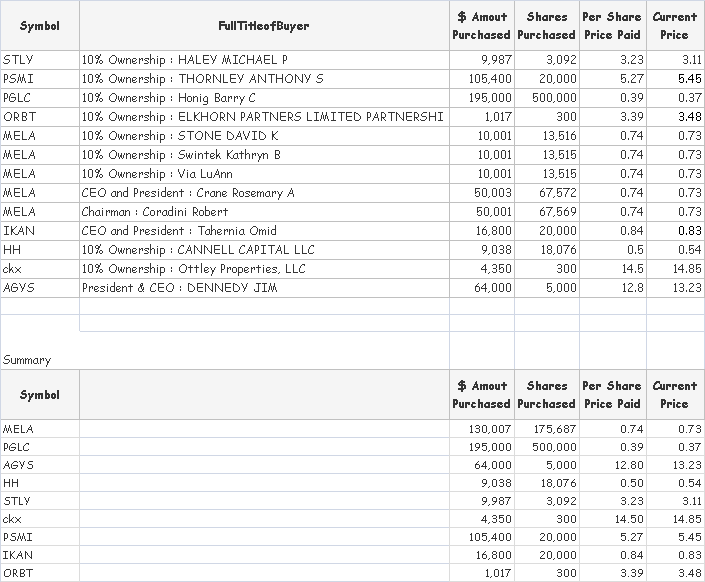 Is It a Good Time to Invest in Emerging Markets?

Q: Is it too early to speculate on emerging-market investments, and what’s the safest way to play these markets? All kinds of emerging markets, including Turkey, Argentina, South Africa, India, Brazil and Indonesia, have come under pressure, weighing on their currency and stock markets. [Gregory Zuckerman, Market Watch]

Marc Andreesen has been toying with a theory of public company shareholder. The short (Twitter) version is “At any given time, public co’s shareholder base consists entirely of one of: growth investors, value investors, arbitrageurs, or nobody.” [John Hempton, Bronte Capital]

George Soros’s Quantum Endowment fund had its second-best year ever in dollar terms in 2013, adding $5.5bn to the billionaire’s fortune. [James Mackintosh, FT]

It is not the archetypal image of a Wall Street titan, but that is exactly what he is. Singer is the billionaire activist investor behind Elliott Management Corporation, the New York hedge fund which has lately beaten a path to the British high street, taking stakes in Game, Wm. Morrison Supermarkets plc (LON:MRW) (OTCMKTS:MRWSY), and the collapsed retailer Comet. [Katherine Rushton and Graham Ruddick, The Telegraph]

Sobolev laughed, and those around him joined in. Even though he had failed to make the slopestyle finals Saturday morning, the 22-year-old Russian was the talk of the competition anyway because of his board featuring a caricature that evoked images of the anarchist band Pussy Riot and a helmet on which he had written his phone number for the world to see. [Jeff Passan, Yahoo Sports]