Pershing Square founder and CEO Bill Ackman is careful about where he plays his cards. Case in point: his Q4 portfolio, valued at $8.2 billion, is comprised of just seven equity allocations. Moreover, the billionaire largely stayed put with his picks, not picking up any new positions or selling out of any others. He made no changes to his positions in Beam Inc. (NYSE:BEAM) and Howard Hughes Corp. (NYSE:HHC). 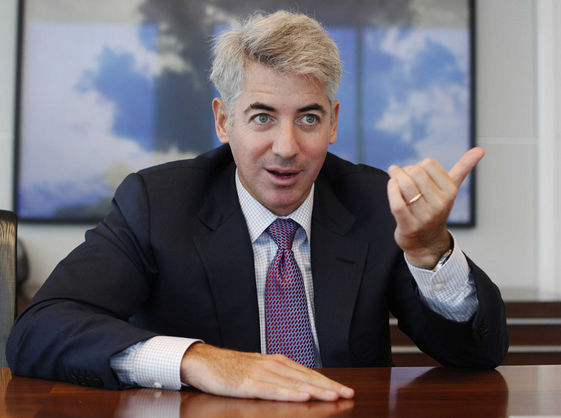 Air Products & Chemicals Inc. (NYSE:APD): APD produces industrial atmospheric and specialty gases, performance materials and equipment. It is Ackman’s second biggest position, comprising nearly 28% of his portfolio. The billionaire first bought APD shares in June 2013 and has been bullish since. According to his recent 13F filing, the billionaire bought almost 4,000 assets of the company in Q4. Richard Chilton is also a shareholder.

Burger King Worldwide Inc. (NYSE:BKW): Last quarter, Bill Ackman picked up an additional 15,700 shares of this fast food giant at prices between $18.97 and $22.80. BKW now represents almost 11% of his portfolio and is also a Tiger Global pick, the fund holding 7.2 million shares.

Canadian Pacific Railway Ltd. (NYSE:CP): CP is is a Class 1 transcontinental railway, providing freight and intermodal services over a network in Canada and the United States. During last quarter, Ackman cut his stake in CP by 25%, though it still remains his largest holding.

The Procter & Gamble Co. (NYSE:PG): Procter & Gamble manufactures and markets consumer products all over the world. During Q4, Bill Ackman reduced his stake in PG for more than a half, and it now comprises less than 1% of his portfolio. Other billionaires with a position in PG are Warren Buffett, Ray Dalio and Richard Chilton.

As mentioned, investor Bill Ackman cashed out of no positions in Q4 2013.

Here’s a full look at the billionaire’s portfolio: