ValueWalk
Home Business Should Physical Deliveries Of Commodities By Required?

“Risk On” Mode
It is pretty obvious that there is a lot of liquidity in the system, with the Fed`s loose monetary policy, extremely low interest rates, and traders  in all out “Risk On” mode with regard to their two favorite funding currency crosses in the EUR/USD and USD/JPY. Traders are banging every asset class except for the Metals into the close, pushing asset classes up overnight with the futures contracts on a regular basis, and it is definitely a “Risk On” environment in the markets.

You can even hear it in the language of the markets, the tired old expressions of commodities like oil being an “Asset Class” and equities who can barely meet earnings as ripe for “Multiple Expansion” which is just a fancy term for, we know that based upon any fundamental analysis company A should not be trading at these levels, but if Wall Street has extra juice it can push up this dead in the water stock anyway! 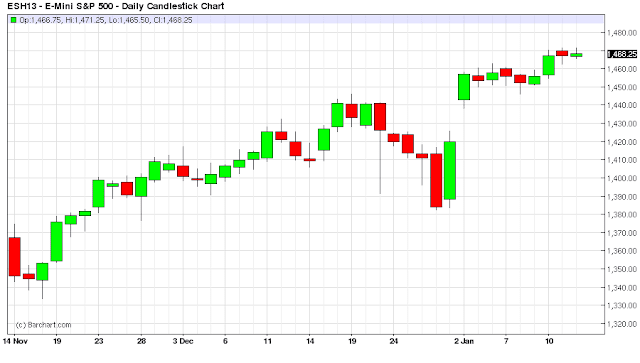 And some poor retail sucker comes in and buys Company A on “Multiple Expansion” rhetoric out of Wall Street and this stock drops like a rock because it was pushed up on unsustainable air in the first place. This age old practice being justified in the end because the retail trader is just “dumb money”.
Maybe if the professionals were not selling all this “Multiple Expansion” hocus pocus bullshit, then companies would rise to levels where the fundamentals would justify the stock prices and no more beyond these levels. So right now it is so bullish on Wall Street that basically shit doesn`t stink!
Further Reading – The Market Manipulation in Oil Is Criminal
I have yet to witness a “Good” Bubble
This is a negative practice for many reasons, one such is that creating bubbles by use of artificial gimmicks always means that at some point they burst because they were based on non-fundamental valuation reasons in the first place.
The real problem with this practice is that you are inevitably going to have a bunch of losers and losses on the downside of the asset bubble once the artificial juice is taken away! Losses are always going to hurt the country, hiring, retirees’ pensions, 401ks, etc. So Bernanke and his crew are setting the stage for future negative financial impacts as a certainty down the line, it is the proverbial pay now or pay later equation. The problem is magnified and a net losing strategy due to the fact that if you pay later, it inevitably costs far more than if you pay now!
Why Wall Street Needs Oil to participate in a rally
Ergo, this is the atmosphere we are in right now. But I have a real problem with paying more for Gasoline just because Crude Oil is now once again an “Asset Class” and traders on Wall Street are banging S&P futures every night and every market close, and they have to buy Oil and bang it to the close as well because all “Risk On” assets must trade together. Some kind of law of trader thermo-dynamics! Uh, ok, whatever you say?
The reason that all “Risk On” assets must trade together, for instance, take oil which actually should be trading on bearish fundamentals right now, but traders on Wall Street refuse to short it because the S&P 500 is made up of a lot of oil companies, and if oil goes down it makes it hard to push up or bang equities into the close.
Isn`t this really a case of Price Gouging?
Therefore, all “Risk On” categories must trade together as “Asset Classes”. This shit should be illegal, and is as blatant as it comes to pure manipulation of markets, and if this kind of practice went on in other industries like the electricity markets people would be outraged. Bernanke said to bang equities into the close, so electricity prices must be banged to the close as well. Uh, didn`t somebody from Enron go to jail for this practice in California?
There are no fundamental reasons for oil to all the sudden move $10 in a month after having the same fundamentals, market dynamics, geo-political landscape for the past 6 months. The only reason is that there is a bunch or extra juice in the system right now, and it is “Risk On” mode in markets, and because we need the oil components in the S&P 500 for the run-up, oil has to go up as well as part of the correlated “Asset Class Ramp Up”, i.e., bang it to the close every day!
Market Reform
Well, this is plain bullshit, and markets need some major reform. If you’re going to have correlated “Risk On” markets which obviate the need for fundamentals, then you need reform to markets. There is no reason for people who use food and energy on a daily basis to pay much more for these products than the fair market price set by the supply and demand fundamentals in the marketplace.
And I will include currency as part of the fundamentals, i.e., if the Dollar index is trading at 70, then yes certain commodities will be somewhat negatively affected as a currency variable among other market variables.
But let the actual market determine the extent of how much a role a devalued currency will play in the value equation, by having a participant actually take physical delivery and either use the commodity or store it. But to say the true effects of prices due to a devalued currency are X, when no legitimate ‘means test’ has been applied is more hocus pocus wall street gibberish!
Furthermore, the only way to determine true market valuations from the “Bang the Close” mentality on Wall Street is to have actual Physical Market Principles as a means test for these Economic Necessity Commodities which actually have a consumer demand component unlike many paper assets in the market.
Physical Delivery: Necessary Market Reform
The only real market principles are based upon who is using the product, i.e., who needs the commodity to actually take or provide physical delivery. I know what a novel idea, actually using futures contracts the way they were originally intended.But this is something that modern societies must enforce through necessary market reforms. You would find out real quick what the true market price is for many of these necessary commodities by making players take or provide physical delivery. 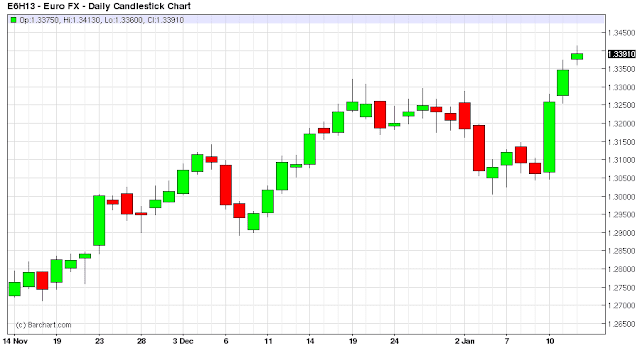 I would even allow traders with positions under 20 contracts to not take or provide physical delivery as these traders are too small to move the market, and their trading would actually help insure better overall liquidity in the market, so that to even out other market participants, thus enabling a fairer entry price for participants needing to lock in supply.
But any cumulative position that reaches 20 contracts must take or provide physical delivery. This would cut out all the market shenanigans that we see where participants use any reason to move the market one way or the other without any real consequences for themselves.
Real Market Consequences of Trading
If you think that supply is really in jeopardy by some bullshit Nigerian pipeline leak go ahead and put your money where your mouth is and take delivery of a whole bunch more barrels in your back yard, a barge, or build some more space at Cushing in 30 days!
Bubbles in general are bad for markets, Essential Commodity bubbles are Immoral
I think it is appalling behavior on behalf of the Federal Reserve to create asset bubbles in both the bond and equity markets with artificial loose monetary practices that will only burst with negative consequences when the reason we are in this mess in the first place is because of previous asset bubbles!
But I will be damned if I should pay more for gas or wheat beyond the fundamentals of supply and demand principles in the market, and so should everyone else who is a rational person  in this country.
Cost/Benefit Analysis: Reform equals more wins for society
Besides Wall Street traders and exchanges who would suffer from smaller bonuses and lower exchange volume, (not society`s responsibility – provide an actual service that people need, or add true value to the world) who wouldn`t be for this policy change?
This is a no-brainer, and would be a net positive for job creation, GDP gains, and make for a better world from both an efficiency standpoint, and overall improved quality of life.
Back in Time
This notion of requiring physical delivery for futures markets like agriculture and energy products to avoid the Hedge Fund and Big Bank malfeasance of asset pumping, correlated markets, and banging into the close is a market reform that needs to be made to catch up to the era of modern markets.
It is ironic that the original purpose of futures markets is where we need to go to catch up to the modern era of QE Infinity, High Speed Trading, Electronic Markets, and Worldwide Exchanges.
Would Goldman Sachs really buy Oil at $140 if they had to own it?
Ergo, the next time Barclay’s believes that Brent should be 120 for their price target, let them buy a whole bunch of Brent contracts, and take delivery at a storage facility near them. Moreover, the next time Goldman Sachs says that oil is going to 200 dollars a barrel, ok, thanks for the info Goldman Sachs, now put your storage facilities to good use because the CME and NYMEX have a whole bunch of oil to deliver to your facilities.
But what you cannot do is say that oil should be price X, make it go there through paper means with no lasting consequences and then book a profit. Then say price should be Y, and short it right back to where it was originally before the paper pump, and then book another paper profit. Again without any physical change in the market fundamentals, or having to actually live with a stockpile of oil priced at $140 dollars that was bought and stored as a legitimate real world market consequence of participation.
No more Paper Shenanigans
It is so much easier to participate in a market, to move a market that you can make, without any consequences because you do not have to actually consume or provide the product that you are wagering on.
These market reforms would cut out the paper shenanigans of market manipulation that have become rampant in the oil, agriculture, and other commodity markets like Cotton over the last decade of modern electronic markets.
This market reform of requiring physical delivery would bring back true market dynamics of pure supply and demand principles, and take out the paper pumping nonsense which is so reflective of many markets today and leads to markets deviating severely from the fundamentals and being wholly mispriced.