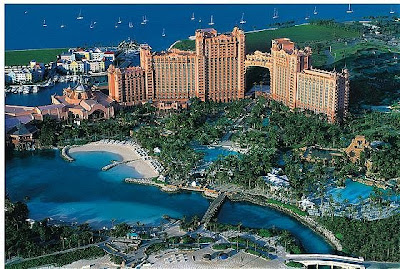 I have reviewed the company’s financial statements since 1995 and I am particularly impressed with the stability of its operations and the manner in which it has grown revenues at the Atlantis. Over the last five years (which should encapsulate both the peak and trough of consumer stability in the US), the company has generated operating earnings averaging $22 million per year, relative to a current market cap of $172 million. The company has consistently earned strong returns, averaging 19.6% ROE, 14.4% ROIC and nearly 20% CROIC over the last decade.

Even more impressive is that the company has only lightly employed debt in the past and has rapidly repaid it each time. The company currently has just $5.1 million in net debt (not accounting for the Riviera transaction, which I’ll discuss below).

Despite this strong performance and conservative balance sheet, the company trades at a P/B of just 1.33, a figure normally reserved for much poorer performers. What gives?

Let’s start by looking at the company’s revenue and margins over time.

Here we see fairly significant growth in revenue from the mid 1990s right through to the current period. I find this astonishing, as the period includes just one single well-established casino, which more than tripled its revenues. The effects of the Great Recession are clear, but another thing I find impressive is that revenues at the depth of the recession declined only to 2005 levels, and are well on their way to 2006?s levels (second highest in the company’s history). Not bad, given the tepid economic recovery.

The problem with the above chart is that it is not as informative as it could be. The company generates revenues from traditional game play in the Casino, as well as food and beverage and through its hotel and gift shop. Let’s see where the growth has come from by breaking revenue down into its components.

Here I have included all of the figures the company provides in reaching Net Revenues. This includes the four revenue centres: Casino, Food and Beverage, Hotel and Other (the gift shop and spa). Additionally, the “Promotional Allowances” figure is included, which is the amount they “comp” their high rollers and frequent guests (through the company’s Club Paradise program). I have included this because the retail value of these comped services is included in gross revenue for the category of the product or service.

From this chart, we see that Casino revenues have generated the lion’s share of growth over the period presented, with Food and Beverage following to a lesser extent.

Note that I also included the line representing Promotional Allowances as a percentage of Gross Revenue. We see that it has increased quite dramatically from 2007 to 2010 as a result of, in the company’s words, “higher promotional efforts to maintain existing, and generate additional, revenues.” This is understandable, as the weak economy reduces demand for discretionary entertainment, like casino visits. The company is forced to work harder to get people in the door.

Going back to the first chart above, as also note that, while revenues have improved, margins have not. In fact, margins are lingering near their cyclical lows. The following chart breaks margins out by revenue category from the second chart.

Here we note that COGS have generally been declining for Food and Beverage and Hotel, but that the major cause of the company’s aggregate COGS increasing is due to increasingly expensive Casino revenues. Now, it isn’t legal to rig the machines to pay out a higher percentage, so my guess here is that the Promotional Allowances are most heavily weighted toward the Casino, often in the form of free gambling credit that is extended in the hopes that gamblers will stick around once the credit is exhausted and gamble their own money. I have no issues with this the company employing this strategy given the weak economy, and I would expect these margins to normalize as time goes on (though, it is worth noting that COGS for the Casino revenues are still below the 10 year average while Hotel and Food & Beverage COGS are well below. Not bad for a sour economy!)

So to summarize the above three charts, we see that the company has been more aggressive in maintaining its top line and as a consequence margins have taken a hit for the last two years. I think this is a good strategy, as it is arguably cheaper to keep people coming through the recession than to try to win them back later as the economy strengthens.

Here we see that the company’s free cash flows have largely grown along the same curve as revenue. This is thanks to the company’s relatively capital-light business. We see large declines in free cash flow in 1997, 1998 and 2008. All of these are due to expansion projects (i.e. growth capex, rather than maintenance), the most recent of which saw the company expand its casino floor by 20%, add a restaurant, ballroom and convention hall, and install a skywalk to a neighbouring convention center. The key point here is that these are not recurring capital expense and so actual free cash flow would be higher that year (normally we only care about maintenance capital expenditures when calculated free cash flow).

One more thing I like about the company is that the Fahari brothers who run the company own 20% of it, which goes a long way toward aligning shareholder interests. Furthermore, they receive very reasonable compensation for their roles. Additionally, I should note that River Road Asset Management (a value fund) owns another 5%.

So let’s get back to the question above: why is it cheap? My best guess is that the market is spooked by the acquisition of the Riviera. Here is all we know about the Riviera’s operating performance (from the company’spress release announcing the transaction. Emphasis added):

Riviera Black Hawk, which opened in 2000, is located in Black Hawk, Colorado, approximately 40 miles west of Denver.  The property is the first casino encountered by visitors arriving from Denver on Highway 119 and features approximately 750 slot machines, 8 table games, a 250 seat buffet-style restaurant and a parking structure with approximately 500 spaces.  For the twelve months ended August 31, 2011, Riviera Black Hawk had net revenue of $39.6 million and Adjusted EBITDA(1) of $10.3 million.  Monarch expects the acquisition, when consummated, will be accretive to earnings, net of transaction costs.

The acquisition will cost $76 million, and it generated (TTM) $10.3 million in “adjusted EBITDA” which the company defines as “net income plus provision for income taxes, interest expense, depreciation and amortization and approximately $1 million of annualized slot machine lease expense expected to be eliminated by Monarch.” The bulk of this acquisition will be funded with debt (MCRI only had $10.9 million in cash on hand at the end of last quarter) under the company’s credit facility at a rate of LIBOR + 2%, which works out to just about 2.25%. While it is easy to see how this will be accretive to earnings, the more important part in my mind is that, with interest rates as low as they are and in relation to relatively high EBITDA, it is easy to see how this transaction will be accretive to cash flow, which is important for repaying the massive debt load the company is taking on.

While on the topic of repaying debt, it is worth noting that, as the following chart shows, when the company has taken on debt in the past (to fund its expansion projects), it has very quickly repaid it:

Given the Fahari brothers’ large ownership, one would expect the Riviera transaction to be a successful one for the company. The added debt load makes MCRI a riskier purchase today, but I take solace in the company’s past rapid debt repayment. Ideally, I would like to see MCRI release more details about the Riviera’s historical operating performance, which would give investors greater confidence about buying into the combined company. Looking solely at MCRI’s past performance (since this is all we have), the company appears to be significantly undervalued.

What do you think of MCRI?