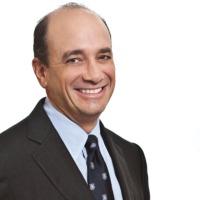 The latest issue of The Manual of Ideas is out. This week the issue contains an interview with Joel Greenblatt of Gotham Capital.

Below is a brief excerpt, followed by a link to the full publication:

I could not get an excerpts from the document, however, a number of questions where asked about the Magic Formula, and modifications i.e. why does Greenblatt exclude banks specifically and not other sectors.

I have my own question which was not asked in the interview:

Joel Greenblatt’s magic formula consists of companies with high earnings yields and a high ROC. Greenblatt states that the high ROC indicates a company that has a strong moat, since if the company had a weak moat the ROC would decline as other competitors enter. However, this is only true using several years of data, and/or modeling forward ROC. However, one year of ROC does not indicate a moat. In fact, the company can easily achieve a high ROC for a year, and then it tanks as competitors see the high profits that can be made. Why does greenblatt use one year of ROC and not several years and/or modeling forward to next year?