ValueWalk
Home Technology How to Get a Real Education 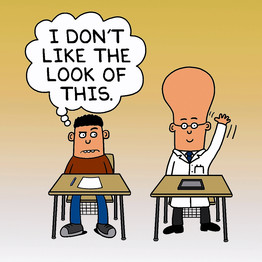 I was going to add this article to my link-fest but I decided instead to post it here since I really enjoyed  it. The article appeared in the weekend edition of the WSJ so if you already read it you can skip this post.

The author starts out by talking about the problems with our educational system, including the lack of educational leadership throughout the country.  He thinks that instead of teaching B students to become A students students and master complex topics, they would be much better off being taught entreupenurship. At first, I thought this article would be all about education reform, and have a more right wing slant since the WSJ does lean to the right. However, the article really does not get political and talks more about this famous persons’ experience as a B student, and his adventures as an entrepreneur. I never thought this person would read Warren Buffett, but at the end of the article he talks about good, concise writing and states Want examples (of good writing)? Read anything by Steve Jobs or Warren Buffett.

The author (who remains anonymous, until the end of the article), makes some great points. Not everyone is meant to be a rocket scientist, so why try to train people who lack these skills to become one. Now there are exceptions to the rule, there are many A students who achieve little (like myself), and B students who become rocket scientists. However, the topic and the article itself is fascinating. There is one line in the beginning of the article, which I found a bit demeaning, where the author states “Why do we make B students sit through the same classes as their brainy peers? That’s like trying to train your cat to do your taxes—a waste of time and money”. However, I do not think he meant to be harsh but rather to bring up a point.

Below is a brief excerpt followed by the full article, make sure to get to the end even if you do not like the message to find out who the author is. I would be surprised if anyone did not know who the author is (and he is not a financial guy).

I understand why the top students in America study physics, chemistry, calculus and classic literature. The kids in this brainy group are the future professors, scientists, thinkers and engineers who will propel civilization forward. But why do we make B students sit through these same classes? That’s like trying to train your cat to do your taxes—a waste of time and money. Wouldn’t it make more sense to teach B students something useful, like entrepreneurship?

I speak from experience because I majored in entrepreneurship at Hartwick College in Oneonta, N.Y. Technically, my major was economics. But the unsung advantage of attending a small college is that you can mold your experience any way you want.

There was a small business on our campus called The Coffee House. It served beer and snacks, and featured live entertainment. It was managed by students, and it was a money-losing mess, subsidized by the college. I thought I could make a difference, so I applied for an opening as the so-called Minister of Finance. I landed the job, thanks to my impressive interviewing skills, my can-do attitude and the fact that everyone else in the solar system had more interesting plans.

The drinking age in those days was 18, and the entire compensation package for the managers of The Coffee House was free beer. That goes a long way toward explaining why the accounting system consisted of seven students trying to remember where all the money went. I thought we could do better. So I proposed to my accounting professor that for three course credits I would build and operate a proper accounting system for the business. And so I did. It was a great experience. Meanwhile, some of my peers were taking courses in art history so they’d be prepared to remember what art looked like just in case anyone asked.