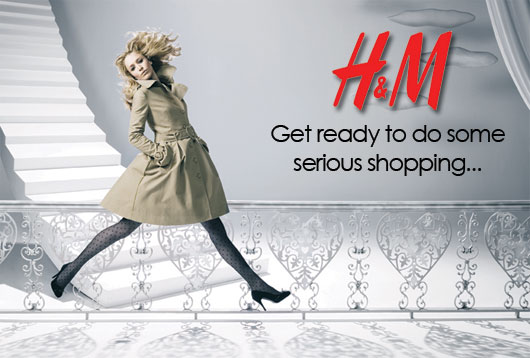 If Warren Buffett were ever to set his sights on the Stockholm Stock Exchange, very likely he would look at the Swedish apparel fashion giant H&M, a company that has succeeded for decades to combine high margins, very high return on equity and rising profits.

When analyzing H&M you can easily get that too-good-to-be-true feeling that makes you suspect it probably is. However, H&M is among a select few companies that consistently beat expectations in stunning fashion. Analysts struggle to find what could possibly be wrong with each set of fantastic numbers only to end up with the conclusion that H&M is “expensive” at these levels or that at least the last month’s sales figures were not that impressive. Well, H&M has been declared expensive since the 70s and especially since the 80s. Still, the stock is since the late 80’s up about a hundred-and-fifty fold.*

To understand why H&M succeeds where GAP and Zara don’t we have to travel back in time to the 1940s. The company was founded in 1947 as a department store called Hennes (“hers” in Swedish) in a provincial town in Sweden by business genius Erling Persson, whose son is today the Chairman of the Board and largest owner and whose own son is CEO. “Good women’s fashion at the best possible price” was the slogan that never needed to change although “women’s” is not there anymore for the obvious reason in a company that sells to both genders and all ages even if women’s fashion is still by far the largest part of sales.

Sales (excluding VAT) for FY 2009 ending November 30th was SEK 101 billion (one dollar equals about 7.5 krona), profits 16 billion, return on equity hovers around 45 percent, sales margin is currently above 65 percent, high even by H&M’s standards. The company expands by around 15 percent new stores per year and net income tends over time to grow by some 20 percent. This means H&M has now left both GAP and Zara well behind as the world’s retail fashion leader, both in terms of sales and profitability and the gap (no pun intended) is widening.

A good question is naturally how is it possible to grow decade after decade without sacrificing the margins? And without making serious errors? I think the company shares its two most important factors for its success with that other Swedish retail giant, IKEA- the company is completely dominated by the founding family and both companies have excelled in selling enormous amounts cheap, but buying much cheaper.

Like IKEA the expansion has not been driven by the eternal quest for the next quarterly report, but by slowly but surely expanding while holding on to the cash, demanding ever better results from staff and staying true to the principles that have worked for so long. A telling example: H&M only recently started to sell over the Internet in some of its oldest markets, in much of the rest of the world this is apparently still far away. Also, H&M, much like IKEA, has succeeded in the last 10-20 years in shaping up its image, from cheap and not that good to one more of great value and hipness (as well as occasionally tarnishing its image by allegations of buying from the wrong source).

H&M was a pioneer in global trade, steadily switching to ever cheaper production as new markets open up that can produce at the requested quality. It now employs some 700 companies, predominately in Asia, for which they are most often the largest customer. As with IKEA’s suppliers they don’t make a lot per item sold, but the orders are large and placed well in advance to fit into the suppliers’ schedules. They are never shy of a fight as they always open their stores right where the competition is like Fifth Avenue and Boulevard Haussmann. After all, that’s were their customers are.

Then what’s the downside? Fair question, on the financial side close to nothing. Fashion of course is a very tricky business but H&M has with one or two exceptions managed to steer clear of any mines and its enormous size and excellent logistics enables it to move stock around the globe to where each product sells best. This will likely be even more of an advantage as the company expands into the southern hemisphere and the change of seasons will matter less and less for H&M.

Exchange rates consistently move around the figures for H&M as can be expected for a company that reports in SEK whereas purchases are in dollars or local currencies as is most of the sales. However this knife cuts both ways, when SEK is expensive sales calculated in SEK naturally declines, but at the same time sales margins rise as purchases get cheaper and vice versa. For anyone not living in Sweden the exchange rate of course adds a level of uncertainty when investing in a Swedish company.

Even though H&M has grown for 60 years the growth potential still seems close to endless. Cheap (in the good sense) and hip fashion is constantly in demand, not least in the rising economies, and as China grows (still only 30 stores) with the rest of BRIC H&M will be there. The company recently opened in Russia but still has no presence in India or Brazil. If history is any guide one can see how the foreign markets over time slowly but surely trend towards the number of stores per inhabitant in Sweden. First this happened to the Scandinavian countries, lately to the other early starters as Germany, Holland and Switzerland. Even a tenth of this would mean close to unbelievable sales figures from the BRIC countries, not to mention how much a wider presence in the U.S. and Japan would mean.

The value case (and the “Buffett appeal”) to the stock is of course the company’s high return on equity, consistent earnings growth and true global brand appeal combined with the likely continued expansion long into the future as well as, of course, a reasonably prized stock. Also, as sales grow, overhead as a percentage of costs falls steadily. As sales have grown by more than 110 % for every rolling five years, profits have been up more than 160 %.

The extreme variations in sales and margins from year to year due to the exchange rates and recently loss of sales in the Great Recession tend to obscure facts for Mr. Market until the stock price suddenly move up fast as in 1999 and 2007. Today, however, the stock sells around SEK 240 whereas earnings this year should land at least SEK 12 per share and a dividend of 10 (up from 8 last year) is likely. No company growing ever more profitably by 20% a year should be that cheap.

Still not convinced? Profits are so far up by 30 percent this year and the company has no debts.

This probably isn’t too good to be true.

Disclosure: The author of this article may have a position in the security in the article, which could change at any time.