ValueWalk
Home Technology The Retirement RIsk Evaluator: Part III — What If You Don’t Want...
by Rob Bennett
Another of the dangers of the Old School retirement calculators is that they employ assumptions that leave little room for error, an odd way of going about business when constructing tools to help people plan retirements! The widely cited 4 Percent Rule assumes that retirees are okay with seeing their portfolio values reduced to zero over the course of 30 years. What if the retiree wants to know what safe withdrawal rate applies if he wants to leave at least 50 percent of his starting-date assets to his heirs? The old calculators do not provide a means for him to explore possibilities along these lines.
The Retirement Risk Evaluator does. The graphic below compares the safe withdrawal rate that applies for a retirement beginning at a time when the P/E10 value is 14 for retirees with four different demands re the lowest portfolio balance that will apply at Year 30:
From The Archives: Apple IPO Original Document 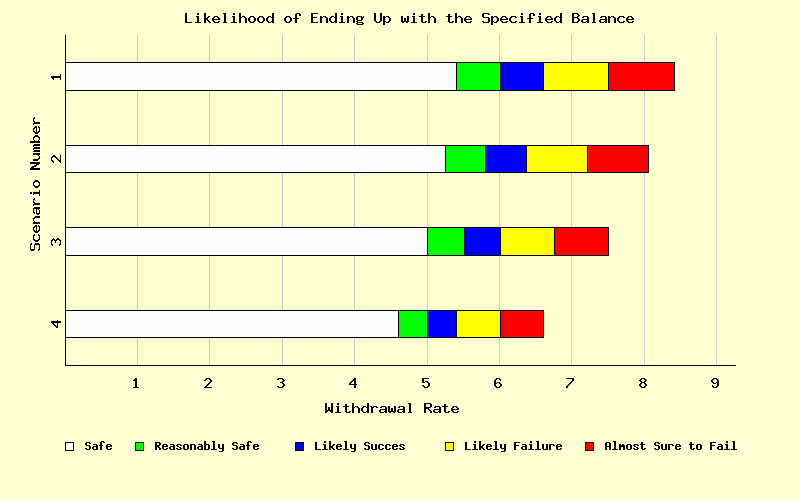 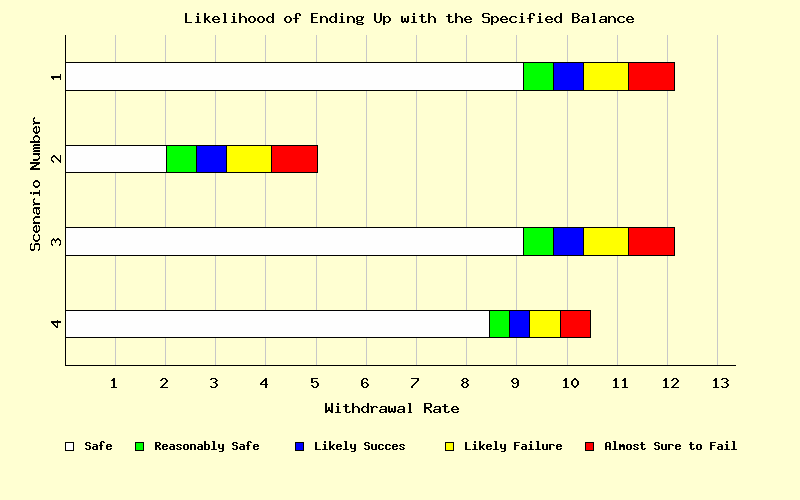 The price paid for a huge swing in valuations (the difference between the Scenario One and the Scenario Two results) is stunningly great. But the price paid for demanding that the ending-point portfolio value be as great as the starting-point portfolio value (the difference between the Scenario Three and the Scenario Four results) is not terribly significant. I believe that the future of investing analysis is educating investors about the tradeoffs inherent in all investment decisions. The new calculator indicates that today’s general understanding of these tradeoffs is not well-formed. The good news, of course, is that this reality encourages us that we can achieve great progress in a short amount of time if we focus our energies on coming to a better understanding of the many investment analysis topics that remain a bit beyond our grasp today.
Rob Bennett is the owner of the www.PassionSaving.com site. He recently authored a Google Knol entitled “The Bull Market Caused the Economic Crisis.”